See other cities in Nevada

In Las Vegas, steaks are as show-stopping as the spectacular shows, casinos, rides and palatial hotels. But don’t forget to pay special mind to steakhouse appetizers while you’re dining around town. These magnificent restaurants know that the first course is just as spotlight-worthy as the entrees. From bone marrow flan to caviar service, here are some of the best spots for appetizers in Las Vegas steakhouses.

Cut: Wolfgang Puck is world-famous for good reason, and his envelope-pushing Cut steakhouse is certainly emblematic of that. The appetizers alone are extraordinary, filled with novel flavors and unique combinations. Like warm veal tongue bathed with salsa verde, or a plate of Black Mission and Green Adriatic figs with wildflower honey and saba. Or that bone marrow flan, a savory-silky indulgence topped with pungent mushroom marmalade. And then there’s the maple-glazed pork belly, a breakfast-y homage to bacon with sesame-orange dressing and huckleberry compote.

SW Steakhouse: This is one steakhouse that definitely lives up to its ritzy confines. Starters here skew glamorous and indulgent, with special mind being paid to highlights like caviar service. The traditional spread comes with Russian Ossetra or Imperial Russian caviar in portions of 30 or 50 grams, with brioche toast and bilinis alongside. There’s also seared Hudson Valley foie gras with aged balsamic, strawberry sauce and pistachio bread pudding, taking this lavish ingredient will beyond the norm. Even the soups go glam, like a king crab rendition scented with Old Bay and topped with puff pastry croutons.

STK: In other caviar news, one surefire way to up the ante on commonplace starters like scallops is to adorn them with Ossetra. Such is the case at STK, a restaurant with a particular penchant for elevated — and elegant — steakhouse dishes. Try the steak tartare while you’re at it, crowned with a poached quail egg and truffled croutons, or foie gras French toast, a fun riff on a staple made with brioche, apple-cherry compote and sherry-maple gastrique “captain crunch.”

The Palm: While much of the menu at this over-the-top steakhouse icon keeps things pretty classic, they’re still able to add exciting touches to just about everything. Take the scallops, for instance. Here they’re crusted in coconut and adjoined by watermelon radish and jicama slaw for a mix of vibrant, tropical flavors. Crab cakes get a punch of heat from a chipotle-infused tartar sauce, while seared ahi tuna embraces its nautical side with a seaweed salad. 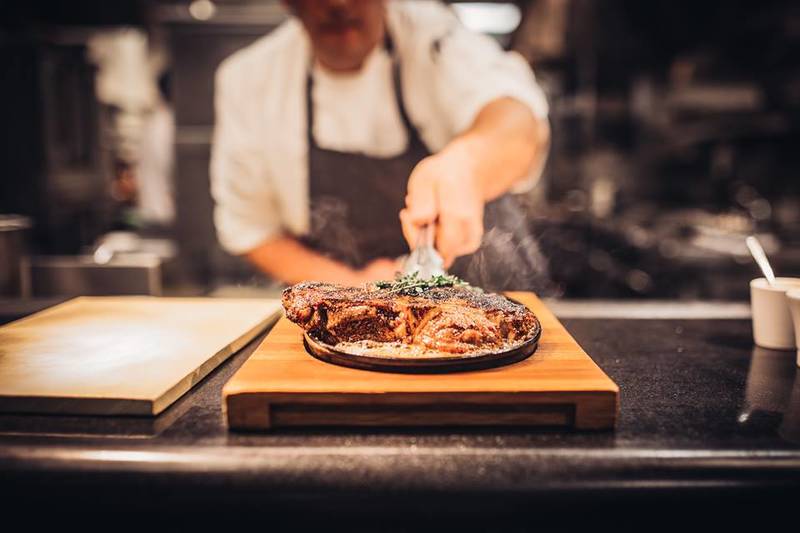 The Most Opulent Steakhouse Dishes in Las Vegas 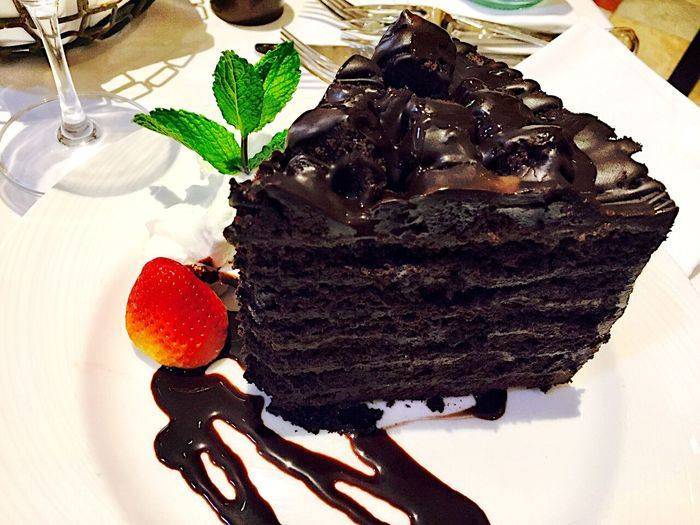 The Most Sinful Steakhouse Desserts in Sin City
Not Now     x