These Suburban Steakhouses Are Worth the Trip

When it comes to steakhouses in Chicago, the hot spots and icons are dominated by River North restaurants and Gold Coast classics. But just as more and more steakhouses have been spreading throughout the neighborhoods, in locations like Ukrainian Village and Avondale, so too have they been opening up in the suburbs. And you know what? These places are serving downtown-caliber cuisine without the hassle of over-crowded dining rooms, impossible reservations and skyscraper-high prices. These steakhouses are well worth the drive to the ‘burbs for a good meal:

Sam and Harry’s: Located in Schaumburg, this highly rated destination proves its meaty mettle with dishes and ingredients that dare to innovate. The menus are divvied into clever sections like “Land,” “Sea” and “From the Hook,” with wholly original offerings like roasted bone marrow with oxtail marmalade and fried parsley; fried Delaware oysters with kimchi slaw and peanuts; lemon sole with five-grain risotto and carrot puree; and Wagyu short rib with pepper havarti polenta, charred knob onions and corn gremolatta. The steak choices are sterling as well, ranging from bearnaise-splashed filet mignon and a 22-oz. Delmonico to a 22-day dry-aged rib-eye and a skirt steak from Niman Ranch.

Chicago Prime Steakhouse: Elsewhere in Schaumburg, which is evidently establishing itself as a veritable steak capital in the suburbs, Chicago Prime offers a modern take on meaty tradition. The well-appointed, suave restaurant boasts an impressive wine list, masterful appetizers and splurge-worthy entrees, all in an environment conducive for dates, celebratory meals or business deals. Start with grilled portabella mushrooms with port wine demi glace or the succulent grilled Mediterranean octopus with green beans and tomatoes. Then move on and indulge in the bacon-wrapped filet, the steak Diane with mushroom-Cognac sauce or the hulking Berkshire tomahawk pork chop with roasted potatoes and lemon-red wine sauce. Any steak can also be made Oscar-style and topped with the likes of crab meat, asparagus and bearnaise, which would be a wise addition on your part.

Eddie Merlot’s: The gilded motif, soaring columns and broad leather booths should serve as indication that Eddie Merlot’s is an experience to remember. The Linconshire restaurant pulls out all the stops for a memorably lavish meal in the north suburbs. Notice the wine selection on display, which includes the restaurant’s own proprietary labels out of Napa Valley, including Chardonnay, Cabernet Sauvignon and Merlot. When it comes to food, classic-inspired appetizers give way to 21-day ged prime beef, cut in-house. For something even more decadent (and slightly boozy), opt for the bourbon-marinated prime rib-eye, or the Wylarah filet mignon, a rare cut with enough marbling to rival the world’s finest Kobe.

Perry’s Steakhouse & Grille: In Oak Brook, Perry’s is king. And rightfully so. The revered restaurant is so popular and beloved that its menu is riddled with “signature” dishes, a surefire sign of its crowd-pleasing potential. This includes the restaurant’s crab-topped asparagus, its escargots and its mighty — and iconic — pork chop. Bold novelties can be found throughout the menus as well, like the kale salad with a bracing jalapeño-mint vinaigrette. For steaks, all the traditional offerings, like rib-eyes and New York strips, come with unconventional and thoughtful add-ons, like bacon marmalade and blue cheese, or truffle buttered king crab, or even bone marrow if you’re looking to really gild the lily.

EJ’s Place: A stone’s throw from the city, EJ’s Place is a solid stopover for a throwback-style meal that skews meaty. Its owned by and named for EJ Lenzi, the grandson of Gene Michelotti, who founded Chicago’s oldest steakhouse, Gene & Georgetti. So the restaurant comes with quite the prestige, echoing some of Gene & Georgetti’s Italian-American sentiments with great aplomb. The cozy, rustic confines provide a comforting locale for a celebratory feast. This includes Italian sausage with broccoli rabe, T-bone steaks, rib-eyes, veal, pork and Lake Superior whitefish, to scratch the surface. To drink, the wine list is solid, accompanied by classic beers and some classic cocktails, including the Wisconsin-inspired Brandy Old Fashioned.

Final Cut: For a bit of flashy pomp and circumstance and a spirited dinner experience, look no further than Final Cut. Located in the Hollywood Casino in Joliet, the dazzling, energetic restaurant thinks outside the box with its dinner menu, which includes specialties like pretzel-crusted Alaskan halibut with whole-grain mustard cream; citrusy scallops with warm asparagus pepper salad; and crab cakes with lime-spiked cole slaw. In addition to a variety of classic steak cuts, like a 12-oz. New York strip and a 24-oz. porterhouse, the cocktails are another signature section at Final Cut. Martinis are particularly popular, like the pucker-inducing Watermelon Martini with cranberry juice and the Mojito Martini with rum and lime juice. 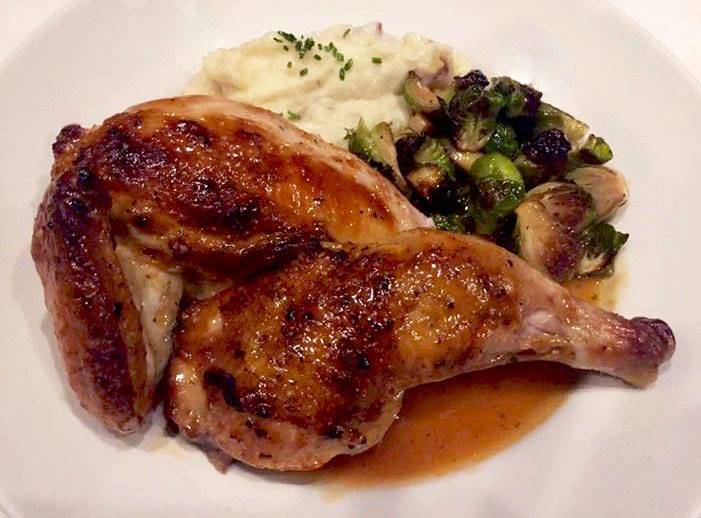 Chicken Takes the Spotlight at These Chicago Steakhouses 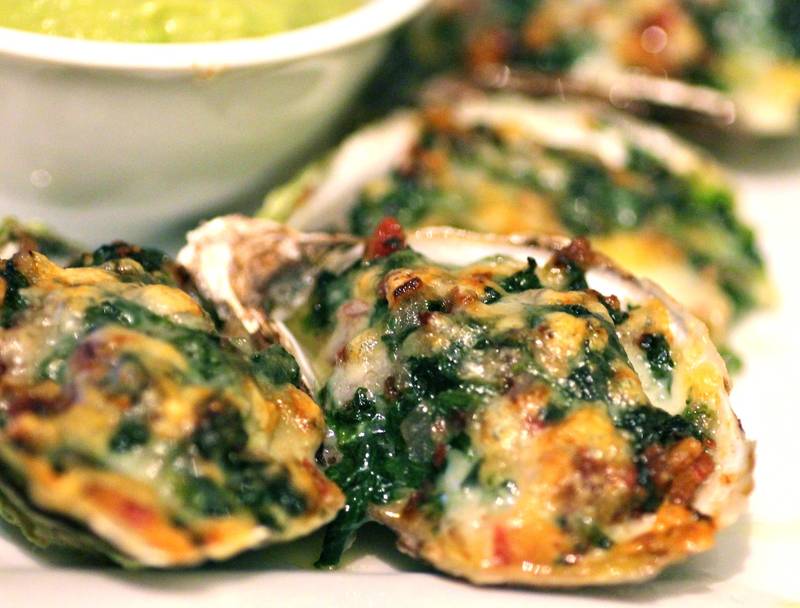 Steakhouse News: From Bubbles to Brunch
Not Now     x