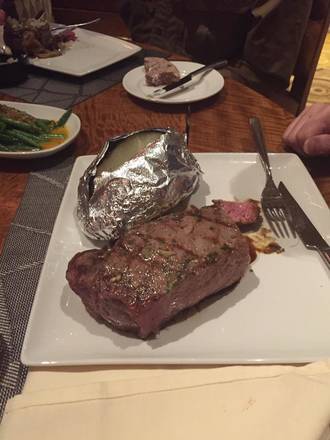 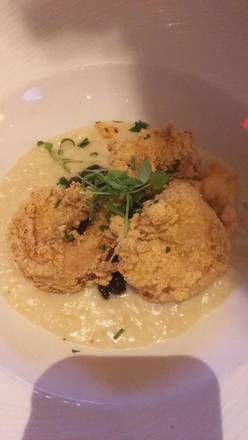 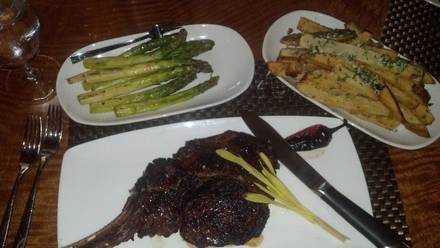 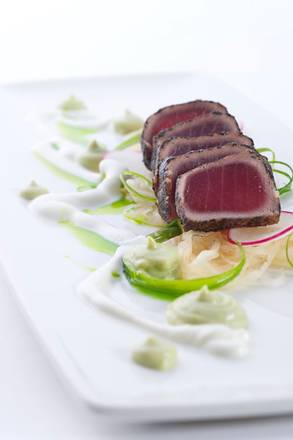 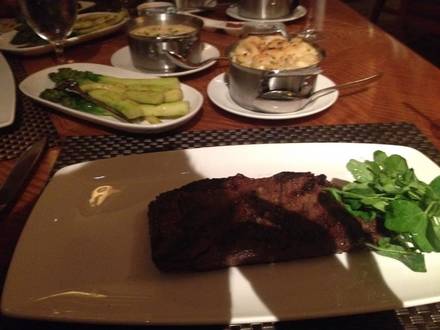 Final Cut Steakhouse is a classic Chicago steakhouse outside the Loop. Playing at Hollywood Casino? Stay and yourself a drive to the city. Sometimes, the search for the best Chicago steak leads you to a spot in the ‘burbs. If that’s the case for you, head out to the suburb of Joliet (made famous by association with Elwood Blues’ brother, Joliet Jake) and hit up Final Cut Steakhouse. The restaurant, located in Hollywood Casino, leans heavily on the Old Hollywood theme (final cut, right?), and features the top-grade beef and seafood that diners demand. And while the casino setting implies cheap, feedbag-sized portions to diners of a certain age, that misconception couldn’t be farther from the reality. In fact, satisfied beef seekers collectively decided in 2015 to bestow an OpenTable Diner’s Choice award on Final Cut. As it turns out, good steak doesn’t begin and end at the Chicago city limits.

Beginning to end, the Final Cut menu is a tribute to what’s worked for generations. Appetizers include shrimp cocktail, crab cakes, and oysters Rockefeller alongside marinated lamb chops with bacon slaw and a balsamic reduction. Soups offer the choice of rich French onion soup with bubbly melted Swiss cheese or a light, fresh crab and corn chowder contrasted with an umami-rich Parmesan crisp.

Salads often get second (or third, or fourth) billing at steakhouses, but they provide the necessary lightness and acidity that empowers diners to charge onward through an unctuous slab of prime cattle. In that sense, salads are darn near a public service, and an unappreciated one at that. Final Cut doesn’t skimp on this necessary mortar to the steakhouse menu primary attraction. They offer the classic steakhouse wedge salad with blue cheese, bacon and ranch, but also a refreshing field greens salad with dried fruit and nuts, a tangy panzanella with peppers and olives. There’s also a classic Caesar, and a tomato salad brightened by basil and creamy mozzarella.

But the real star of the show (get it? Hollywood!) is the meat. It’s straight from the Midwest, seasoned simply with salt and pepper and cooked under a broiler before being finished with butter. You can pick from an 8 ounce center-cut filet, a 12 ounce New York strip, 14 ounce ribeye, 16 ounce prime rib, 24 ounce porterhouse, and a huge 30 ounce dry-aged bone-in tomahawk ribeye. Basically, there’s a perfect size for every eater. And in the event you think you’ll need more, add on a lobster tail, garlic shrimp, or crab Oscar. Then, choose from eight garnishes, including béarnaise, horseradish cream, parmesan, or soft sautéed Cipollini onions.

Sides include all manner of potatoes, sautéed spinach, and four cheese mac. And desserts run the classic steakhouse gamut—carrot cake to crème brulee to chocolate.

If you visit on Wednesday, Thursday, or Sunday, you’ll have a chance to order the three-course chef’s prix fixe menu. Start with a rich French onion soup or classic Caesar, then take your pick of filet, prime rib, fish, or pasta for the main course—accompanied by Yukon Gold mash, a classic baked potato, or sautéed green beans for those wishing to zag on the classic meat-and-potatoes setup. Cheesecake or lava cake (scratch that—“Decadent molten lava cake”) completes the meal.

While you’re getting your Midwestern meat-and-starch baptism, choose from a massive list of signature martinis, divided into three tiers—Celebrity, Marquee, and Icon. The Celebrity martinis include the classics, like a lemon drop with Absolut Citron and sweet &sour a Final Cutini with Bombay Sapphire, dry vermouth, and blue cheese olives; and Dirty Harry martini with Tito’s vodka, dry vermouth, and olive juice. The Marquee level hits the trendy sweet flavors of contemporary martinis—pineapple upside down, key lime, and caramel apple. And the Icon level features top-shelf spirits, including Grey Goose, Chambord, and Crystal Head Vodka.

Even if you didn’t walk away from the gaming tables a winner, you’ll sit down a winner at Final Cut, and you’ll walk away feeling as though you won.

Absolutely terrible. Hosts were amazing and friendly, but sadly that was the best part of the entire experience. I know that it is, for some reason, difficult to find good staff right now, but there is no excuse to have rude and ignorant staff when you are paying an extremely high amount of money for food that is disgusting. After an hour and a half after ordering, my mother went to ask about our food, which was answered by saying the kitchen has been backed up all night. A couple was questioned why they were leaving and said that they had been waiting two hours for their dessert and were not waiting any longer- under any other circumstance, I wouldn’t have believed this. Food came out momentarily after my mother inquired about it, was given to us with many ignorant sound effects. The couple at the table beside us talked to us briefly as they got up to leave and said they waited an hour and twenty minutes for their food and to enjoy the two hour experience. I got the pappardelle and it was truly disgusting. If you have a complaint, it won’t be heard. The only point where the waitress was pleasant was when she handed us our $300 bill, my guess being she was hoping that her ignorance would be forgotten as we considered a suitable tip. My recommendation is not to waste your time or money.

The atmosphere is good, drinks are strong, the waitress was personable and friendly. I had the French onion soup which was very well executed but the downfall on my main dish was that my salmon was overcooked. The best component on the main dish was the sauce.

Here me out. The food was delicious. My steak was cooked to perfection. Everything was absolutely delicious. Having said that, this place is not what it used to be. For the price, it used to be a very fine dining experience, now it’s basic service. Same service you’d find at any other steakhouse for wayyyyy less money. I miss the old Final Cut :(

We went for Christmas dinner. There were only three of us so we wanted to do something special. I was expecting so much more at this price point. First, the rolls that were brought out were cold and mediocre. Similar to something you would get at a banquet serving 200 people. The menus were paper. The brussel sprouts appetizer was the best part of dinner. Very tasty. We all ordered the prime rib - my daughter and I ordered medium and mine was medium rare. The au jus was tasteless and we had to ask for salt and the prime rib was tough, not super tender and flavorful as it should be. Steak knives were not brought out and we had to ask for them. The potatoes were like a buttery glue. We have had much better prime rib at Texas Roadhouse, and at $60 a plate it should have been far, far better. Also an issue was that when we made reservations it was not mentioned that everyone needs to be 21 because you have to walk through the casino floor to get to the restaurant. Our daughter’s ID would not scan and we almost were not allowed in. I gave 3 stars because our server was great and the atmosphere was nice, but we will not be returning because the food is sub-par and wildly overpriced for what it is.

I have to say that I REALLY enjoyed everything about my visit. The decor was really nice and relaxing and the service was great. I ordered a steak, don't remember which one but it was absolutely wonderful, as were the sides. It was all more than I could eat at one time so I enjoyed it again the next day. I also ordered desert, the NY cheesecake. Even though I was quite finished eating for the night, the cheesecake was the perfect finaly to the meal. I'm really looking forward to my next visit. 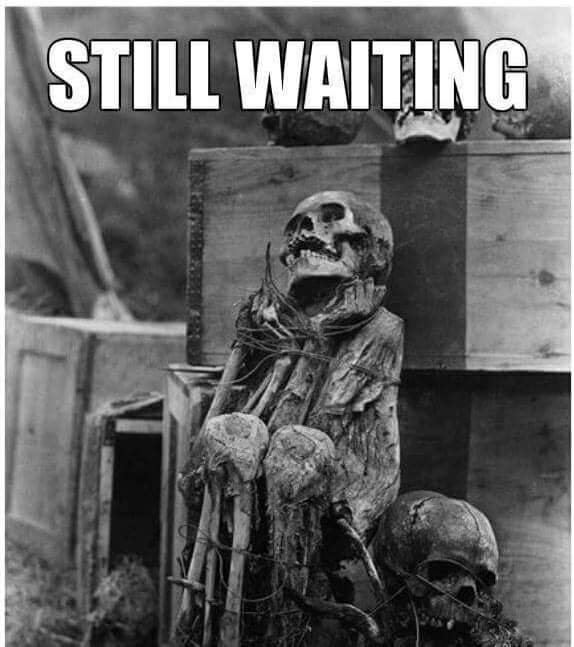 Took my friend here for my Elite dinner. Atmosphere was peaceful, bloody Mary's were great. We had the big strip steaks which were delicious with baked... 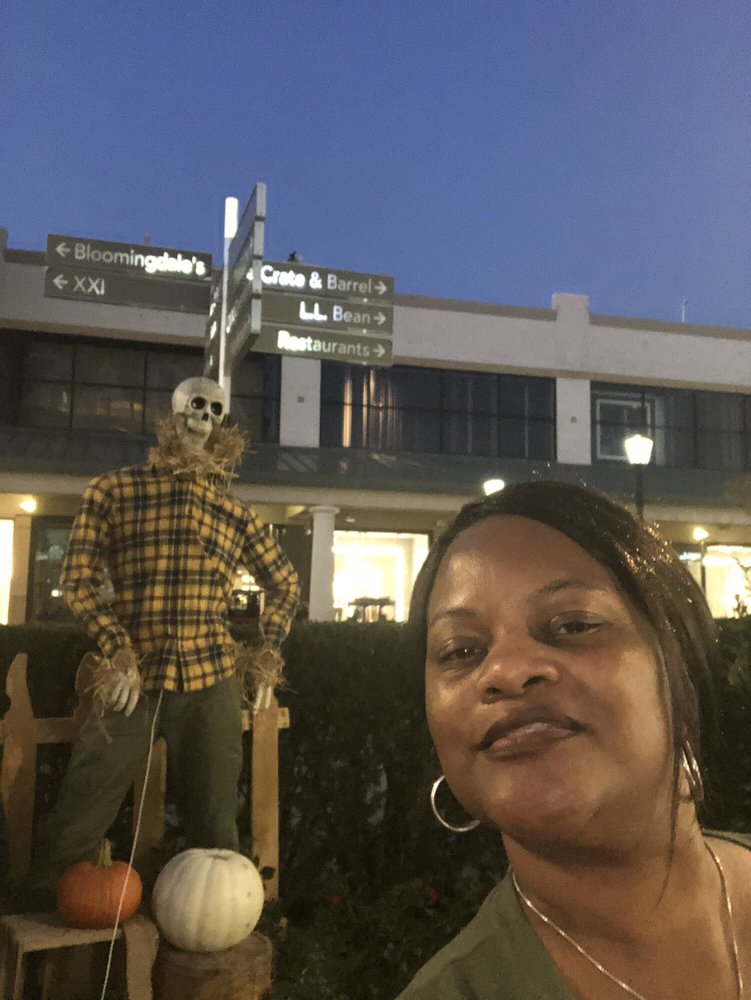 OMG!!!! My fiend (Shalon Cook) invited us for dinner she has several comps to have dinner here, the restaurant is very nice, the host she was a older lady...