Thanks to the explosion of craft cocktail bars in recent years, the attention to craft spirits has grown exponentially. And perhaps no spirit has enjoyed its time in the spotlight like whiskey. Across the country, and definitely in Chicago, whiskey bars and focused whiskey programs have taken off with rampant success. Steakhouses are a natural fit for this trend, seeing as these restaurants are famously synonymous with hearty Manhattans and other boozy whiskey sippers. If you’re looking for some brown liquor with your steak, here’s where to go in Chicago:

Prime & Provisions: One of the most full-fledged whiskey programs in the city can be found at Prime & Provisions. The menu is deep, running the gamut from Scotch and Japanese whiskey to Irish, rye and copious amounts of bourbon. All the classics are accounted for, along with some rare, elite varieties. If you’re looking for a mixed drink, try their Manhattan, made with two parts Knob Creek rye whiskey, one part Cocchi Sweet Vermouth, two dashes angostura bitters and two dashes of Reagan’s orange bitters.

Tavern on Rush: Speaking of Manhattans, one of the most underrated versions in the city is at Tavern on Rush. It’s actually aged for 40 days in a Woodford Reserve barrel, lending new depth and flavor to its blend of bourbon, Carpano Antica and bitters, served up.

III Forks Prime Steakhouse: Though many patrons fawn over the elaborate and beautiful wine selection here, whiskey plays a prominent role on the drink list at III Forks as well. The cocktail list skews whiskey-centric, with rotating beverages like the grenadine-splashed Rye Ward 8 and the Bulleit Rye Smash with lemon and mint. There’s an Old Fashioned on draft made with the steakhouse’s custom Knob Creek single-barrel bourbon, cinnamon and cherry, orange and angostura bitters. Other classics on deck include a Manhattan sweetened with maple syrup and something called the New Fashioned, with hand-crafted French whiskey, cherry liqueur, orange bitters, Luxardo Cherry and orange bitters-infused ice.

STK: Don’t let the chic and sexy environs fool you. STK isn’t all about martinis and bubbly. While whiskey tends to fall into a more masculine stereotype, this splashy steakhouse manages to puts its own stamp on the spirit with some snazzy cocktails. This includes the incredible—and cheekily named—Not Your Daddy’s Manhattan. Zinfandel port adds color and body to this modern Manhattan, along with Bulleit bourbon, bitters and sweet vermouth. For the Not So Old Fashion, sugar in the raw is the uncommon sweetener of choice, mixed with Woodford Reserve and angostura.

GT Prime: When it comes to modern and groundbreaking whiskey mixology, GT Prime is king. This is most evident in its X-Ray Yankee Zulu cocktail, which contains bone marrow-infused Old Forester bourbon, charcoal-infused Capalletti, and Punt e Mes. Altogether, it’s a heady blend of meaty, buttery and smoky, beyond the depths of most any whiskey tipple in Chicago. Other offerings include The Smoking Gun, with rye, amaro, whiskey and Lapsang Souchong tea; and Damn the Weather, with bourbon, sherry, amaro, pineapple and lime.

Maple & Ash: Head to Eight Bar on the ground floor to sample some impressive cocktails, both classic and contemporary. One of the best, which combines bourbon with mezcal for an aromatic one-two punch, is the Ward 8ish. It’s made with Breckenridge bourbon, vanilla, lemon and a mezcal-grenadine float. 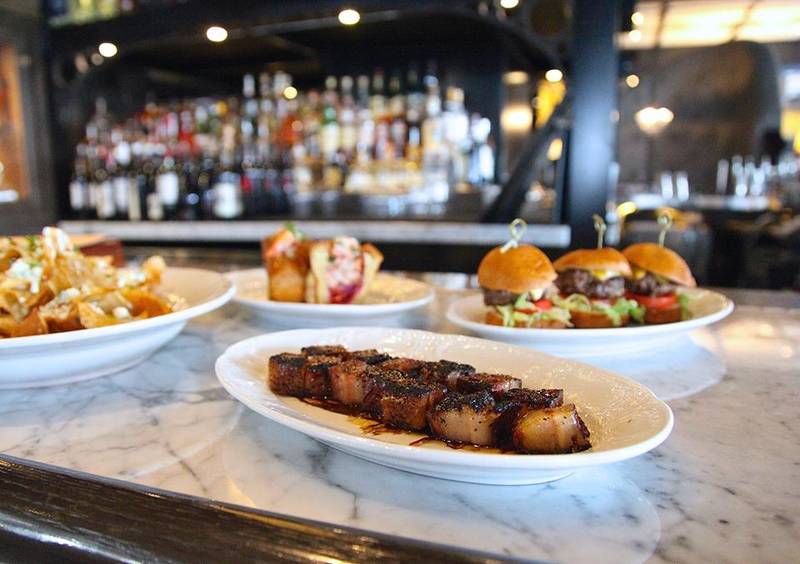 Satisfy Your Bacon Cravings at These Top Steakhouses 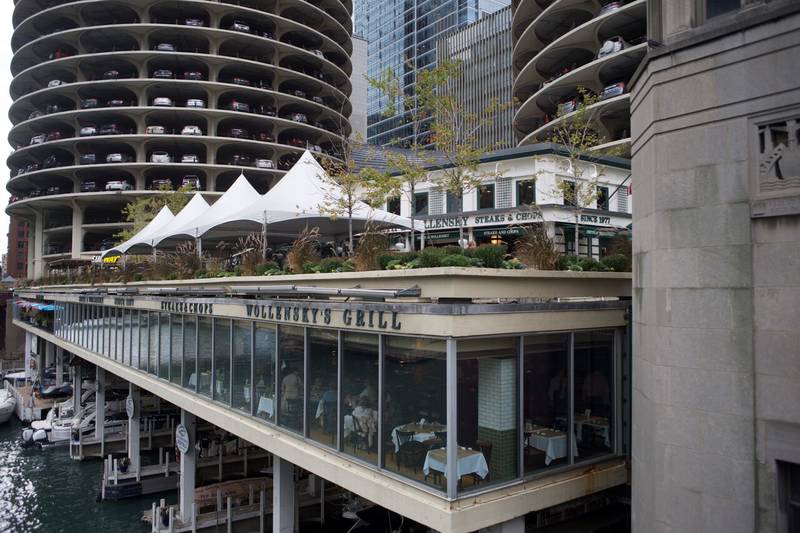 Soak in the Sunshine at These Steakhouse Patios
Not Now     x