Satisfy Your Bacon Cravings at These Top Steakhouses

Sure, most steakhouses in Chicago shine the spotlight on beef. But that shouldn’t suggest you should sacrifice pork entirely. You can have your cake and eat it too with these exceptional bacon dishes at Chicago’s best steakhouses.

Prime & Provisions: One of the best bacon dishes in town, let alone steakhouse bacon dishes, is the house-flared version at Prime & Provisions. The ritzy Loop steakhouse, a newcomer to Chicago’s crowded beef scene, exhibits a talent for meat other than steak with its show-stopping pork appetizer. It’s a take on bacon likely never seen before, with a well-balanced variety of sweet, spicy, smoky flavors mingling together in heady harmony. The bacon is thick-cut, crispy, and succulent, accented with black pepper, Michigan maple syrup, and dark chocolate.

III Forks Prime Steakhouse: Scallops and bacon are frequent bedfellows at III Forks Prime Steakhouse, proving there’s a lot more to surf & turf at steakhouses than lobster and steak. Some of the most savorous items on the smaller plates menu, one rendition contains scallops with toothsome bacon lardons and a vigorous splash of lemon beurre blanc. Another plate, meanwhile, gives bacon the sweet and sticky jam treatment, which provides a nice smoky accompaniment to seared scallops.

Bavette’s Bar & Boeuf: Another unique salad option can be found at this French-accented bastion. Here, the steakhouse offers a stunningly simple and delicious bacon-roasted tomato dish with watercress, olive oil, and herb salt.

Chicago Chop House: One classic that’s a can’t-miss is oysters Rockefeller at one of Chicago’s steakhouse standbys. The enduring downtown mainstay is one of the few steakhouses in town to feature the New Orleans-style staple, and they do it well. True to timeworn form, the appetizer features oysters baked in their shells with a bubbly topping of cheese and applewood-smoked bacon. Available by the 1/2 dozen or dozen, these things are downright habit-forming.

Benny’s Chop House: Start with the maple-glazed bacon appetizer, proceed to a salad course of frisee, sunny side up egg, bacon lardons, and Champagne-Dijon vinaigrette, and pair your entree with a side of macaroni and cheese with applewood-smoked bacon.

Tavern on Rush: Bacon-topped pizzas probably aren’t the first thing you think of when you envision steakhouse fare. But Tavern on Rush serves up some of the mightiest pies in town, and rightfully so, a couple fan-favorites contain cured pork belly. One is the Three Meat pizza, a veritable ode to swine with pepperoni, Italian sausage, and bacon. Then there’s the crowd-pleasing Matt’s Bacon Giardiniera, which feels particularly Chicago-centric with its zesty giardiniera topping.

Perry’s Steakhouse & Grille: Just when you thought a thick-cut slab of filet mignon couldn’t get any more indulgent, Perry’s Steakouse & Grille goes ahead and wraps it in bacon. The bacon-wrapped filet, served with corn and fig relish, is one of the steakhouse’s signature selections, and rightfully so. 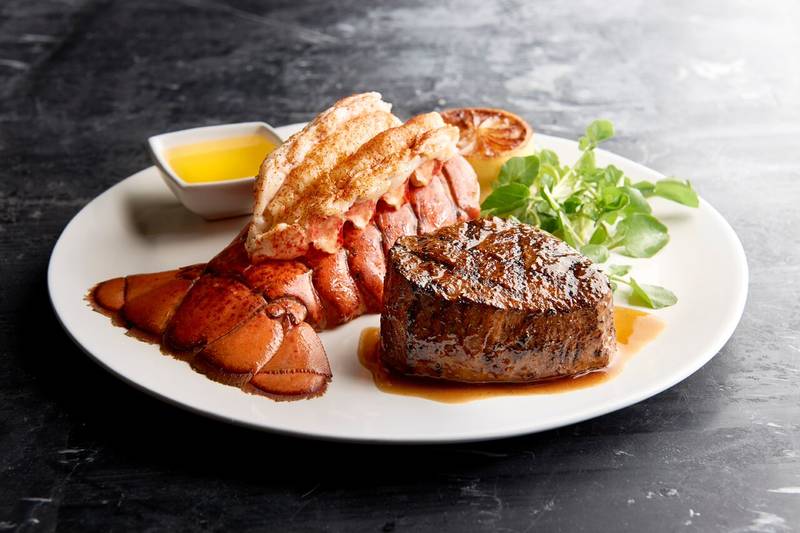 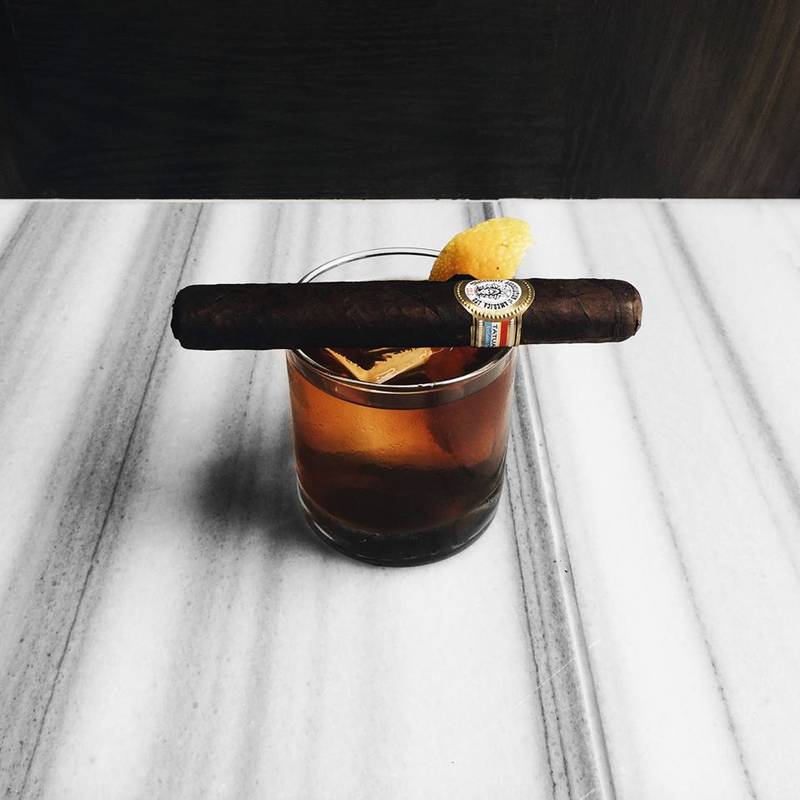 Whiskey Reigns Supreme at These Chicago Steakhouses
Not Now     x