Everything You Need to Know About Steak 48, Chicago's Newest Steakhouse

After an impressively meaty 2016, which saw openings like GT Prime and Knife, 2017 has been relatively quiet by comparison when it comes to new steakhouses. But with River North’s newest entry, it’s clear that this summer it’s all about quality over quantity, as Steak 48 makes it grand debut.

The restaurant is the handiwork of the esteemed Mastro family, veritable royalty in the world of steak — perhaps you’ve heard of the Mastro’s Steakhouse empire? First imagined in 2014, Steak 48 is owned and operated by brothers Jeffrey and Michael Mastro, along with their father Dennis Mastro and business partner Scott Troilo. They christened Steak 44 in Phoenix, along with Steak 48 in Houston last year. The name derives from Arizona’s status as the 48th state to join the union, where the restaurant is based. While they’ve since sold the Mastro’s Steakhouse and Ocean Club brand, this new concept marks a vigorous new chapter for America’s beefy elite.

A far cry from your typical steakhouse, Steak 48 skews modern in a multitude of ways. This is immediately evident in the restaurant’s artsy emphasis and sexy, metropolitan motif. The bi-level 12,000-square-foot restaurant is divvied into a series of intimate nooks for quiet hideaways, romantic evenings and personalized service experiences, along with larger, more boisterous open dining spaces for those keen on an energetic meal.

Decked out in tones of white, gray and brown, along with natural wood, Steak 48 is slick and stunning at every turn, from the bar area on the first floor to the outdoor patio with two fireplaces. The ground floor contains a series of semi-private dining suites with floor-to-ceiling glass providing a front-row view into the kitchen.

And commanding that kitchen is executive chef Brian Key, joined by corporate executive chef Marc Lupino. Together, they’ve compiled a menu that reads like a hit list of steakhouse classics, from USDA prime steaks and shellfish to unique appetizers, side dishes and offbeat desserts like red velvet bread pudding.

The restaurant employs a 40-degree cooled butcher shop in-house where the master butcher does his work on a daily basis (presumably while bundled up). Here, the 28-day wet-aged steaks are cut by hand and sent off to the kitchen’s 1,800-degree broiler before being served sizzling-hot on 500-degree plates. Other menu highlights include pork chops from White Marble Farms, salmon from Shetland Island in Scotland, Alaskan king crab, prime meatballs, fried deviled eggs, au gratin potatoes, beignets and lots more. 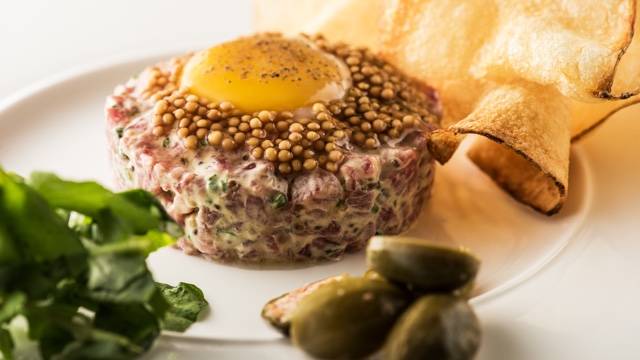 Go Raw at These 7 Steakhouses 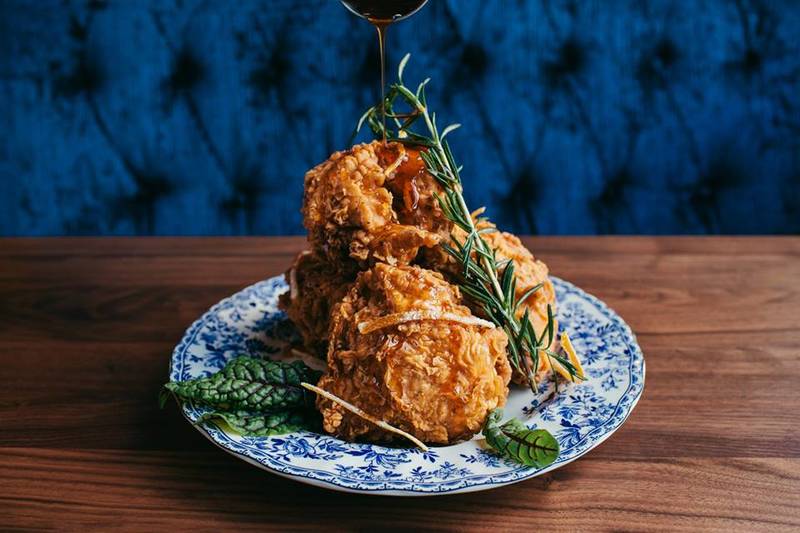