Naturally, when most people go to steakhouses, they’re looking for red meat. And sure, steaks and burgers and the like are obviously delicious here. But that shouldn’t suggest that white meats are throwaway menu-fillers. In fact, steakhouses are some of the best places in Chicago for chicken dishes. From old-school Italian favorites to incomparable fried chicken, the offerings run the gamut. Here are some of the best chicken dishes found in Chicago steakhouses.

Mirabella Italian Cuisine: This classic Avondale haunt recently re-emerged with a new Italian focus, and the results are some of the most satisfying and soulful entrees in town. Along with superlative steaks like broiled filet mignon and bone-in rib-eyes, this includes a particularly bounteous chicken category. Look for incredible renditions of Italian staples like chicken Parmesan, chicken lemone, chicken Marsala and chicken Vesuvio. They’re all here and they’re all so good you’ll think an Italian grandma was in the kitchen preparing them.

Gene and Georgetti: Chicago’s oldest steakhouse is just as renowned for its Greek and Italian-inspired dishes at it is its steaks. This is definitely true of its chicken creations, like the broiled spring chicken, the Greek-style chicken and the signature chicken alla Joe. The latter is one of the restaurant’s most popular and longstanding dishes, so named for one of the restaurant’s most seasoned waiters, Adorno “Joe” Pacini. The veteran waiter made the off-menu dish for a customer upon request, featuring a zesty blend of oregano, red pepper flakes, bell peppers, lemon and pepperoncini.

Tavern on Rush: At this Gold Coast fan-favorite, chicken serves as a blank canvas for seasonal creativity and vibrant flavors. For summer, that means items like Parmesan-crusted chicken caprese salad bursting with lush tomatoes; and grilled adobo chicken breast served with corn and green chili rice, bell peppers, asparagus and zucchini. The whole dish harkens to a bracing plate of Tex-Mex, perfect for summer noshing.

Prime & Provisions: It’s a little known fact that some of the best fried chicken in Chicago is being served at Prime & Provisions, a steakhouse more known for its steaks, cigars and contemporary s’mores than anything else. But you’d be remiss to dine here without starting a meal with a shareable platter of fried chicken. Plump, crispy and succulent, the chicken comes with a drizzle of chili-bourbon-maple,which punches up the poultry with notes of heat, sweet and spice all at the same time.

Ditka’s: Chicken takes many forms at this sporty downtown fixture. The common thread between all the dishes, which span appetizers to entrees, is a theme of nostalgia. It all starts with chicken noodle soup, a warming bowl of nourishment to kick off a meal followed by roasted half chicken with Brussels sprouts and mashed potatoes. Or fried chicken with honey-chipotle dipping sauce, potatoes and cole slaw.

Stetsons Steak + Sushi: From dashi soup to veal sauced roast chicken, some of the most interesting chicken dishes can be found hiding away at Stetsons Steak + Sushi, a restaurant whose name belies the fact that this is actually poultry paradise. The bacon-dashi soup, for instance, contains rotisserie chicken, soft-boiled egg and soba noodles, while the whole roasted chicken comes with spring succotash, morel mushrooms and a lemon-thyme veal sauce. 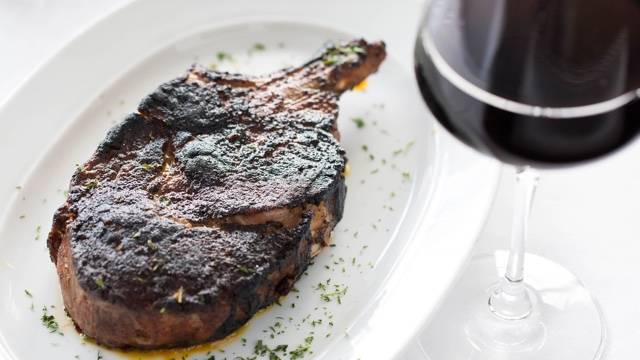 Everything You Need to Know About Steak 48, Chicago's Newest Steakhouse 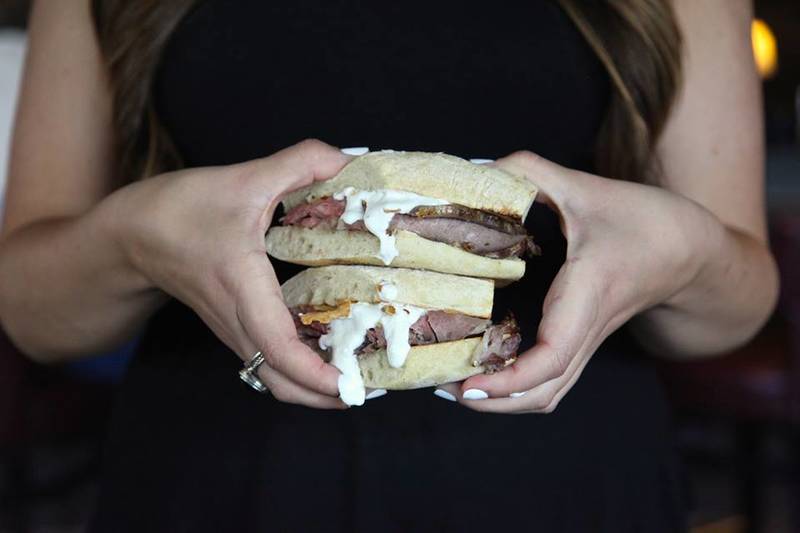 Beef Up National Sandwich Month at These Steakhouses
Not Now     x