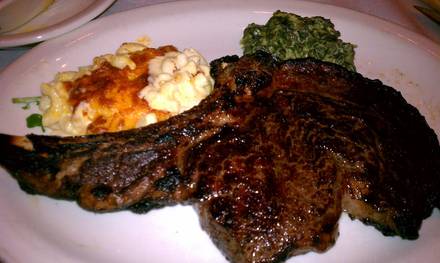 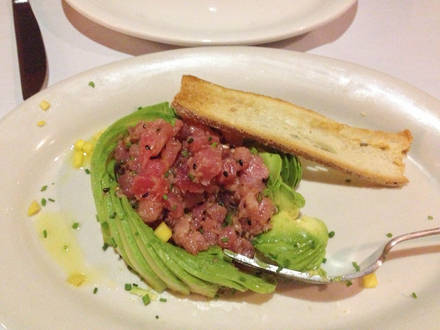 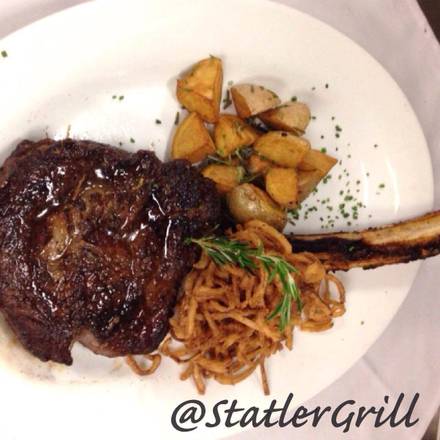 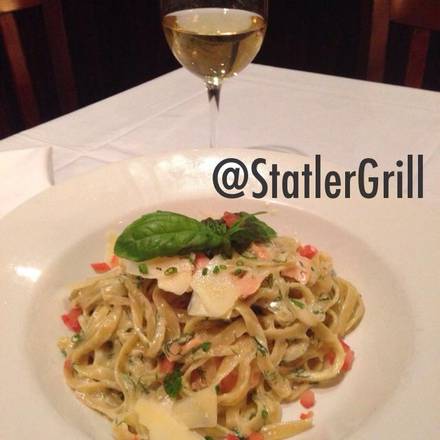 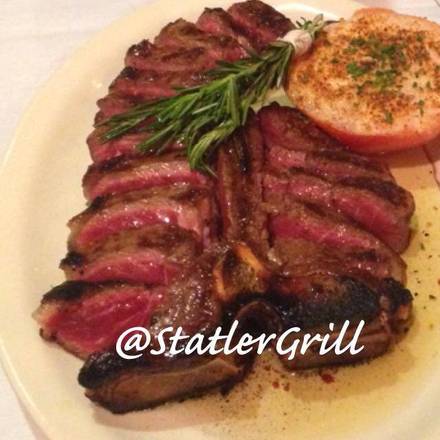 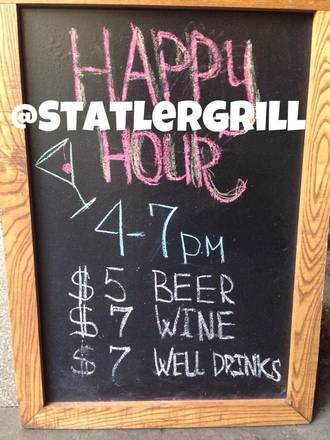 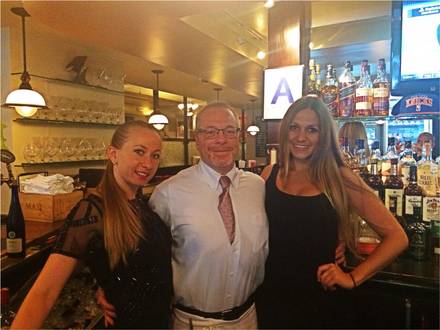 In the dining room of the Pennsylvania Hotel, Statler Grill serves some of the best steaks in New York. Statler Grill is a classic place, recalling an era of style and grace, serving USDA prime meat as well as fish, flown in daily, to please diners both local and international. Near Penn Station and the Garden, Statler Grill is open lunch-to-dinner.

Statler Grill offers several salads, and chief among them seems to be the Dr. Olson, a composition of some green and a lot of red: it’s a chopped salad of green beans, but also shrimp, tomatoes, red onion, roasted red pepper, bacon, all lightly dressed with a sherry and shallot vinaigrette.

Most people come to Statler Grill for the red meat, but there’s a truly massive selection of seafood, including clams, oysters, mussels, tuna, shrimp, calamari, sashimi, scampi and lobster.

Steaks include the filet, New York sirloin and a porterhouse for two…or for any number of people at the table (just add $44 for each additional person). The porterhouse is served with the bone in, on a sizzling plate because, hey, what’s steak without some sizzle (?).

“New York Steakhouse Reviews,” a trustworthy source for steakhouse intel, says that “the ribeye…was...nice and flavorful, cooked perfectly through the whole way, nothing uneven, nice and tender and juicy, well-seasoned, well rested. It didn’t need anything.”

There’s a sizeable menu of bar snacks and “lighter fare” in the bar, so if you’re flying solo, you might consider setting up there for the evening. Statler Grill offers a serviceable range of classic cocktails, red and white wines, and some aperitifs.

Brunch at the Statler Grill includes some of the better steak options, including the filet, prime New York sirloin, prime bone-in rib steak and porterhouse for two. Or you could have an omelet (but if you do, you’ll likely cast longing gazes at the steaks going by to other tables). 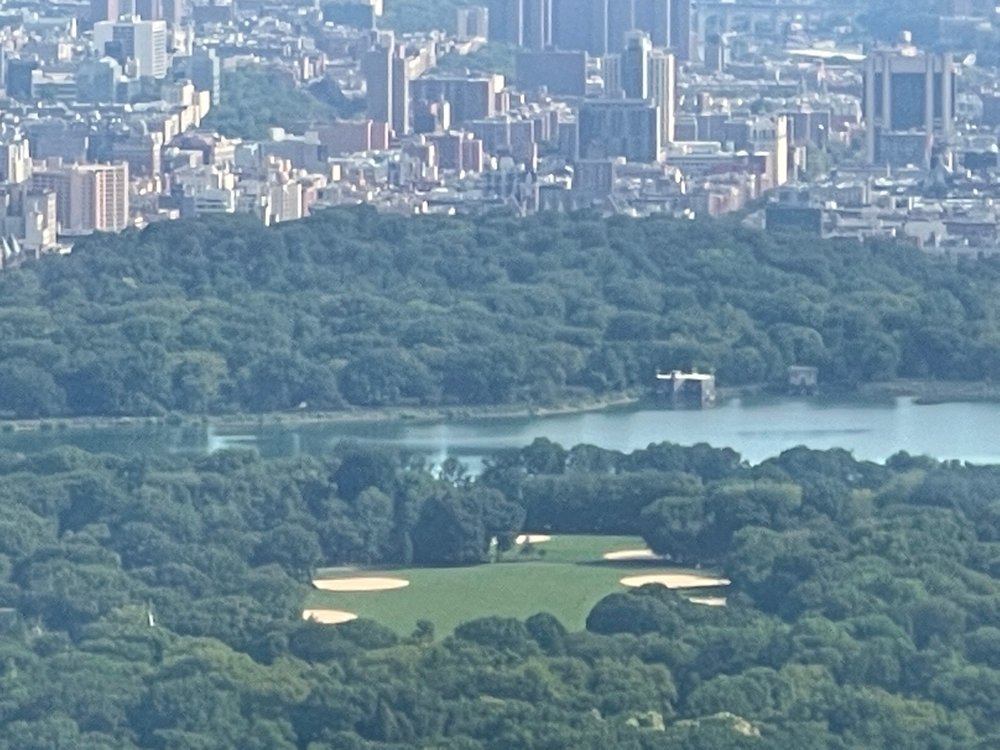 Unfortunately it was a subpar experience even for NYC. The live music was mediocre. We arrived at 7 pm and we were only the 3rd table occupied by patrons.... 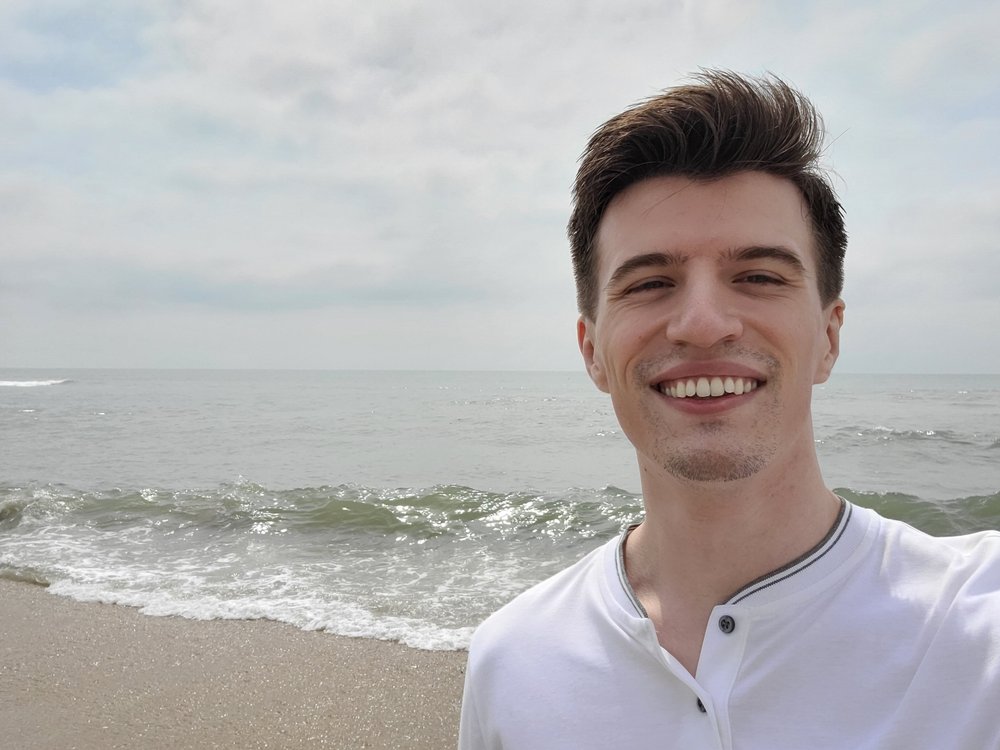 Went on a date here last night with my partner and had a wonderful time. We were excited to experience a live jazz experience while we ate. The substitute... 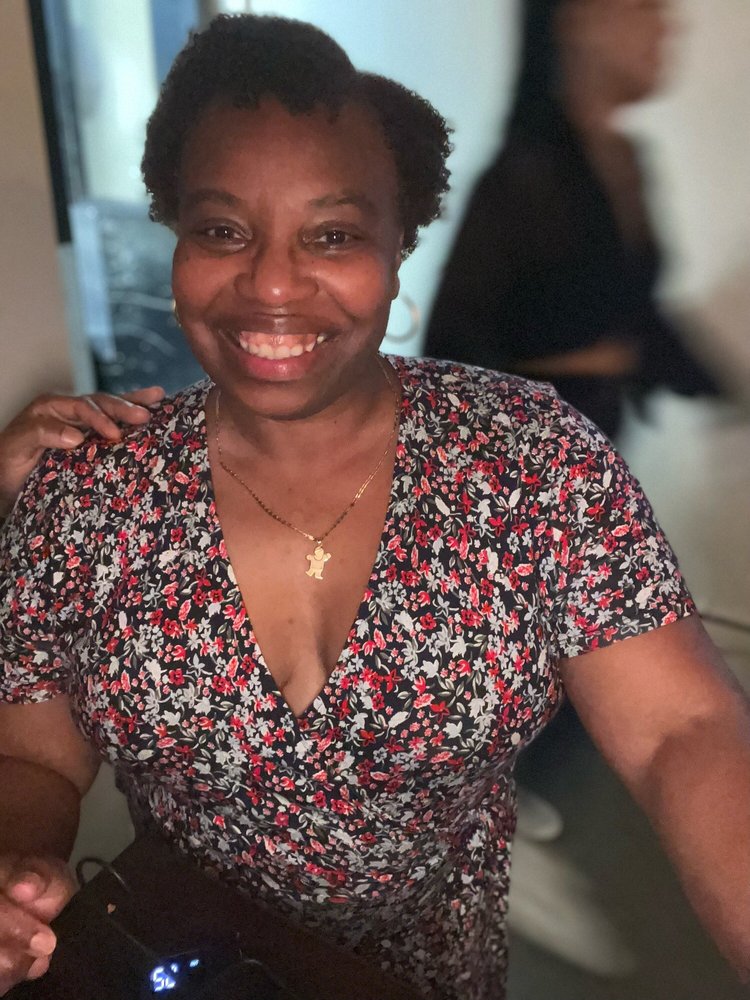 Greetings and salutations yelpers. I was invited to birthday dinner and was looking forward to hanging out with friends. Establishment is very chic and... 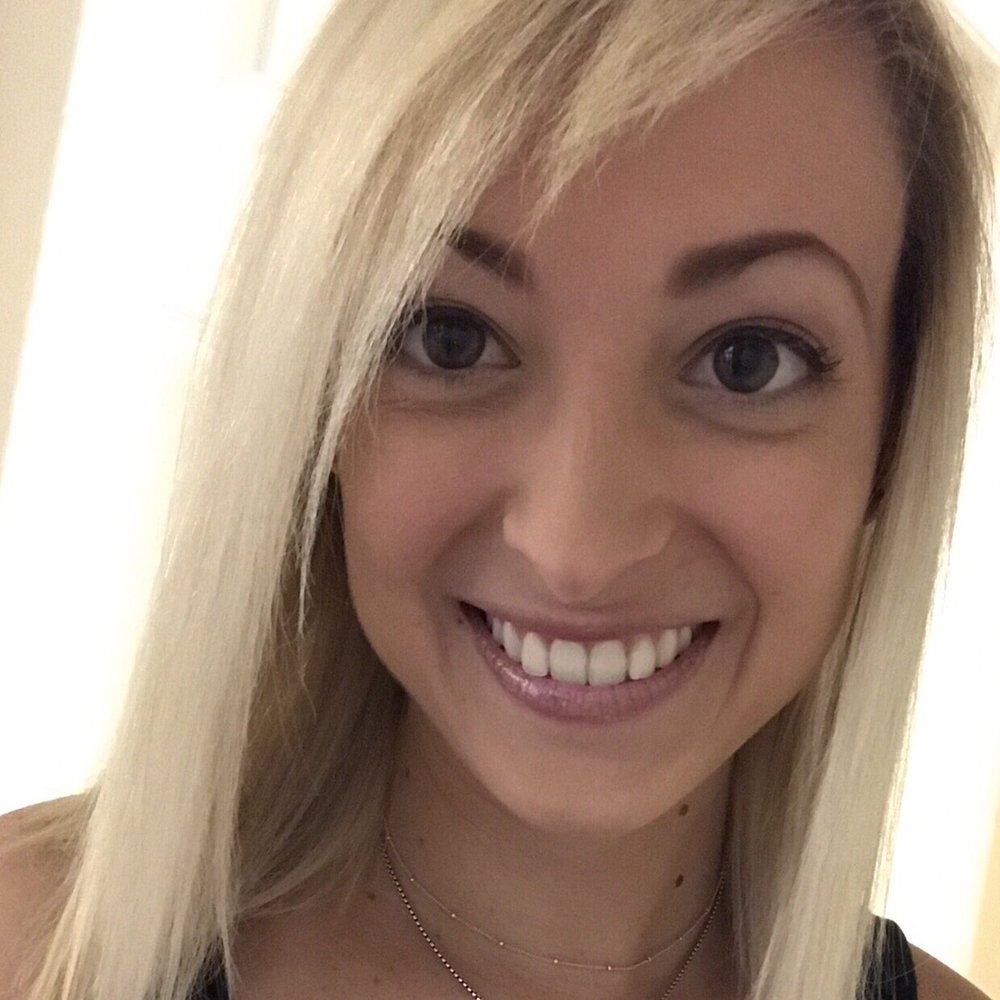 Really unique Jazz spot, with the feels of a speak easy bar. We were seated directly in front of the stage (live music), and were able to listen to a great... 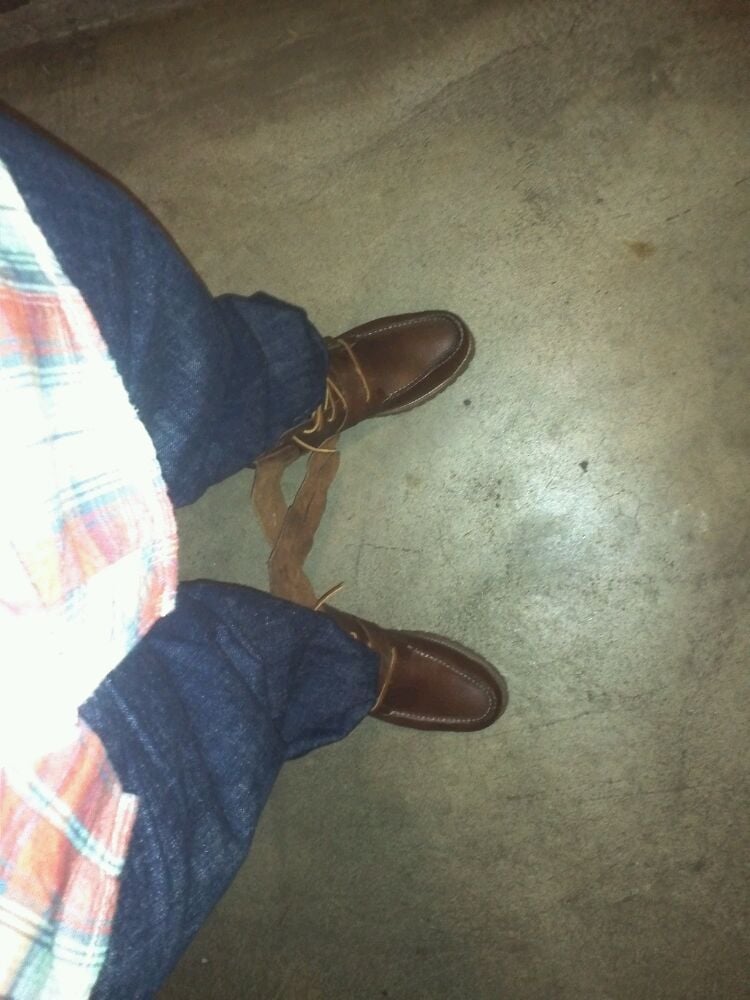 They have an amazing whiskey/bourbon/scotch collection. I got a Taiwanese whiskey to start then did a flight of The 18s of Scotch. The Jura 18 was my... 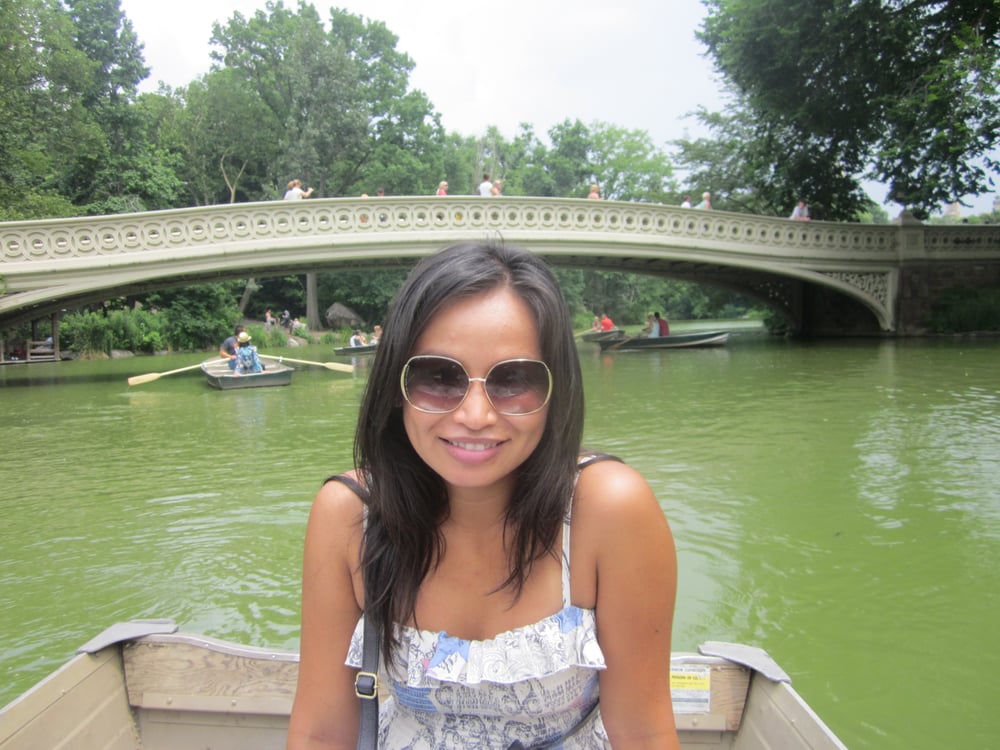 A fun little place with live music and an extensive alcoholic beverage list. Make a reservation if you want to be seated in front of the stage. We were... 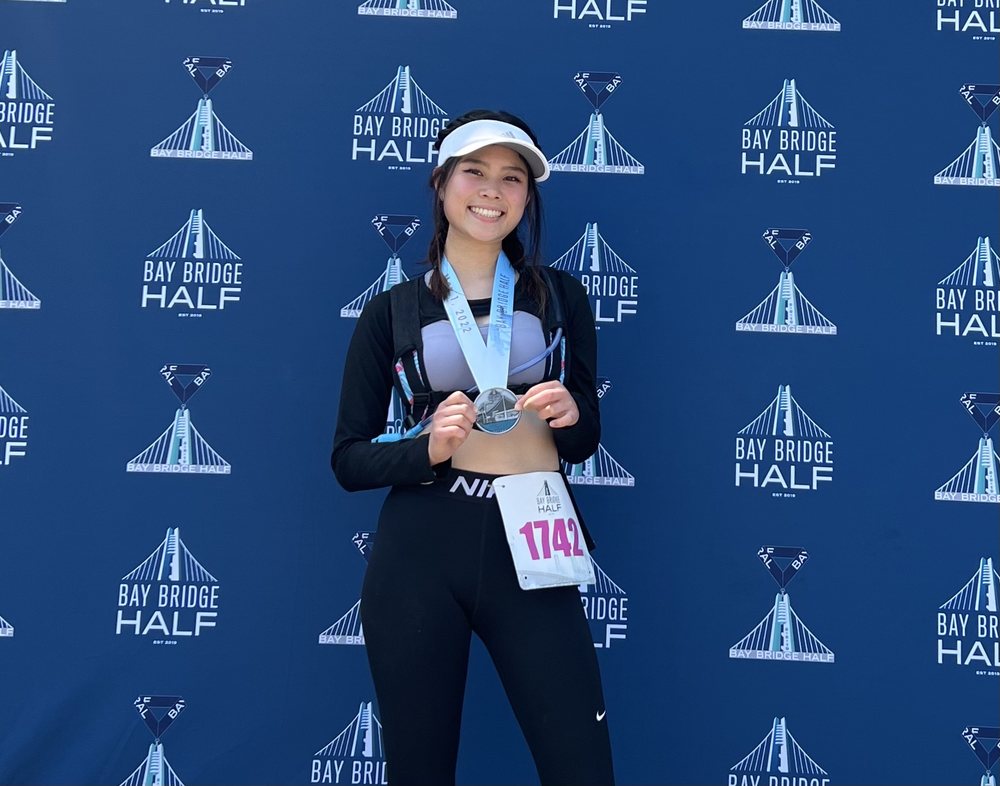 We went on a Monday night. When we get in the front door, the hostess tells us the jazz show is over. I say that's totally fine and ask if there are seats... 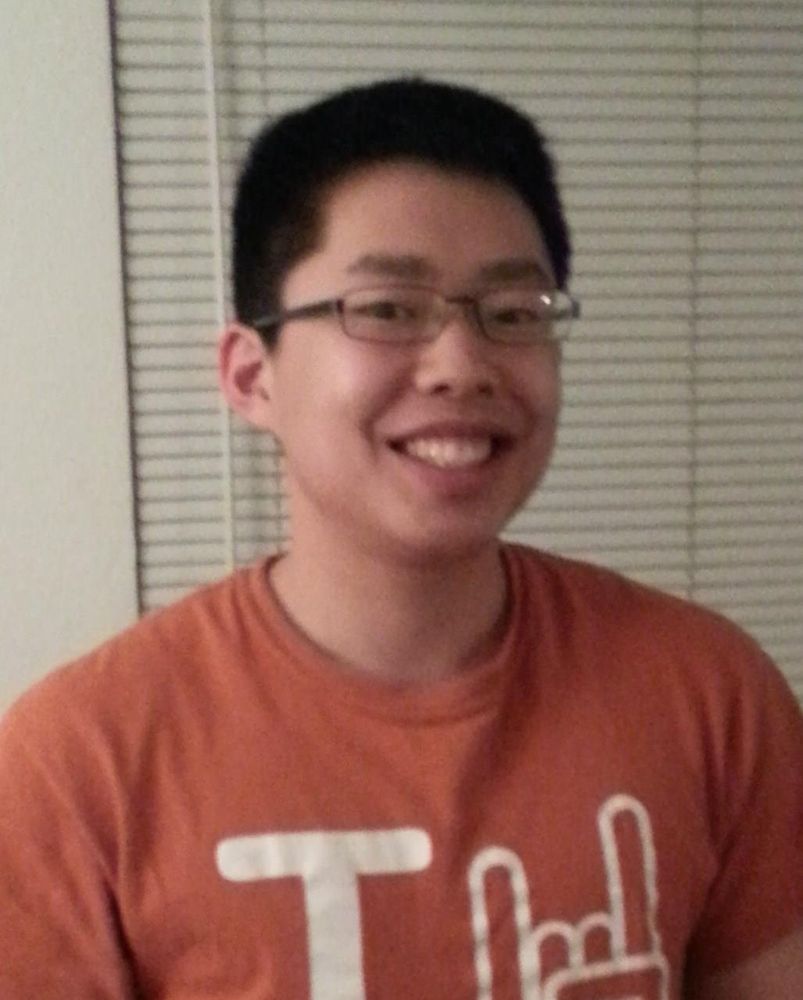 Arrived at 5 PM on a Saturday, with live music starting precisely at 5:30 PM. (Miss Mabel and Charlie Judkins, ragtime). The interior was spacious and... 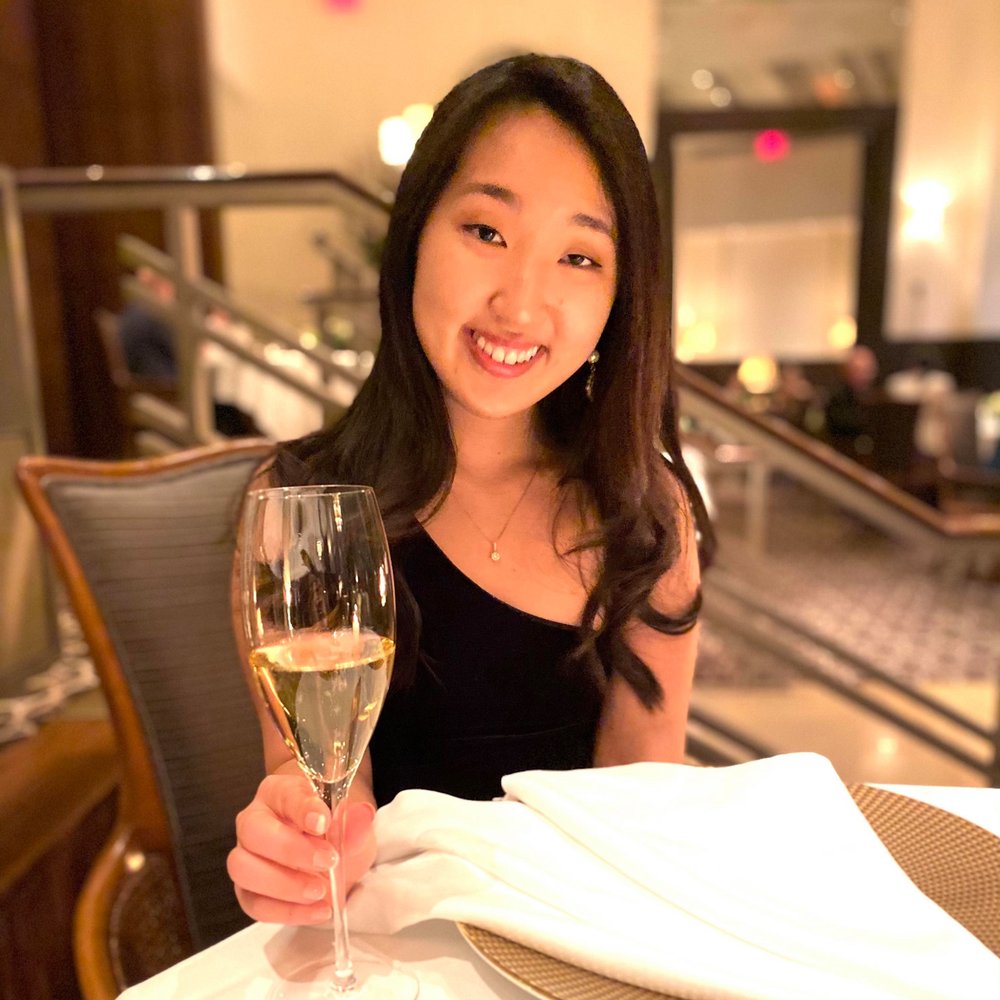 I used to love The Flatiron Room - great live jazz, amazing wagyu skewers (although pricey at $20), and cool cocktails. UNFORTUNATELY, I recently had an...

The food was really good. The steak for two was cooked just the way we like it (medium). My wife ordered the lobster mashed potatoes and it had chunks of lobster meat in it. The Mac and cheese was also very good. Our wait time on a Saturday night was not long at all (we had reservations).

My husband and I had dinner here on a trip to Manhattan.We both ordered sirloin steak.The steaks were cooked to perfection and we're very flavorful. The mashed potatoes and creamed spinach that accompanied our steaks were both delicious also. If you enjoy a good cup of coffee their coffee is the best.

We went here with a Groupon which made it a great deal. Saved us about $40 or so. The food was great, the steak (porterhouse for two) was awesome! French onion soup was incredible. The ahí was awesome.

The food is moderate! They add tip themselves so you don't really have a choice and you have to pay whatever they think is proper which is a lot more than what they deserve. Never come back here again. BTW I'm still in the restaurant! I've never been this angry to leave a review this soon!!!

The service was a little slow during the weekday lunch hour. But the sirloin was worth the wait. Had to skip the desert because it took forever. The creamy spinach dish is very tasty too.

Food was not too bad. The steak sauce tastes like they ran out of ketchup and added a little cocktail sauce for fun. This place is over priced. FYI: I did not have a groupon. When the hostess asked if we had one that should've been our first clue to run! Highly recommended NOT having the haystack unless you like the taste of old oil. The service was beyond terrible. I needed a drink after the appetizer and I never got a refill. The server was having a good time with the other guests but gave our table the cold shoulder.