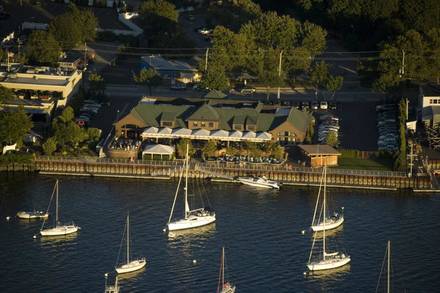 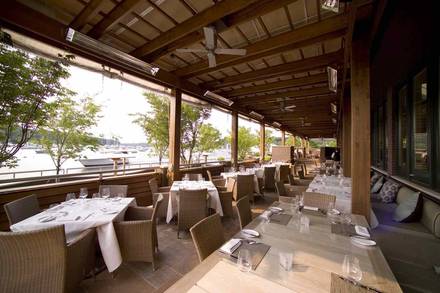 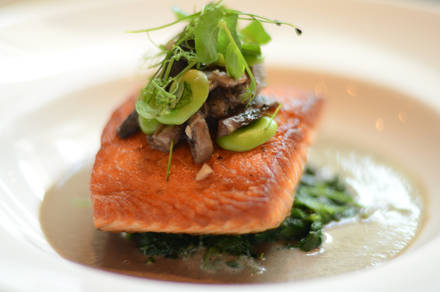 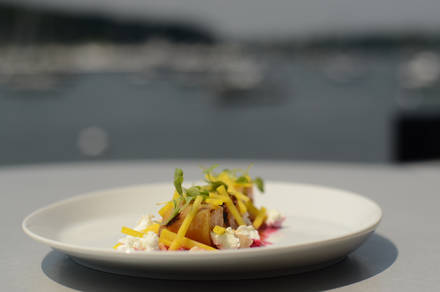 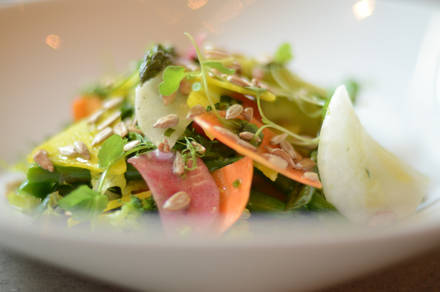 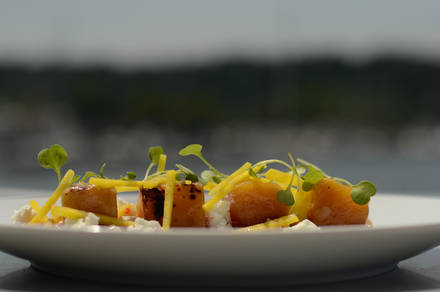 luncheon at the famed James Beard House as well as an International Star Diamond Award from The American Academy of Hospitality Science.

The sister restaurant to such New York stalwarts as H20, Verace and Tellers, Prime offers modern American cuisine, plus raw bar favorites, sushi, steaks and chops and a number of seafood dishes. Highlights on the menu include Porterhouse for two, pan-seared Alaskan halibut and the lobster cocktail from the seafood bar.

The Sunday jazz brunch features most of the regular dinner items, plus choices such as lobster huevos rancheros, pancakes topped with seasonal berries, and short ribs and eggs. For those preferring to dine outdoors, there is a casual dockside menu offering sandwiches and BBQ brisket, St. Louis ribs and more.

Prime is one of those places that has managed to have great steaks as well as a pretty sweet scene. I mean you're right on the water so the story sells itself but they hit the homeroom with actual delicious perfectly cooked steak, well made drinks, and a killer wine list . I don't know why it shocks me every time that it's so good but without fail, here I am. I would tell you about the other choices on the menu but when I go to a place known for steak, I get the steak. Be ready for the scene and to spend some scratch but well worth it.

Prime would be a great restaurant just for the views! but we also had delicious food (Shrimp salad, baby wedge salad, Montauk and Triple Spicy Roll). And Stephanie, our server, was attentive, intuitive, helpful and relaxed. She truly made our experience special! (They lost a star for cleanliness. Bathrooms esp. Could use a major scrubbing.)

This place is great. We've been here several times to celebrate anniversaries and the food is amazing! Most recently we had the porterhouse for 2 which was really flavorful. Sides of mushrooms and whipped potatoes complimented the porthouse really nicely. Outdoor view of the bay is really nice too. Inside tends to get pretty loud, so outside seating allows for a peaceful dinner where your conversation can he heard. There's different parts of outdoor seating, next to the bay and closer to the restaurant. Need to call in advance to get next to the bay seating. Little bit of a drive in from the highway, but very scenic. Definitely would recommend!

Excellent excellent service hospitality and food moreover the views to the Huntington Bay are so pretty. Made the reservation trough open table and I told them that we were going to be celebrating an anniversary, We came late due to delays in traffic and they were very accommodating. They even left a note in our table congratulating us for the anniversary it was such a delightful experience the server was on point the food was so good we ordered Burrata, Oysters As appetizers and then Stripped Sea Bass and lobster roll with asparagus on the side. Food was amazing I really had a great experience!! the wine list is very good in terms of quality, diverse selection and price, we order a bottle of Zardetto Prosecco and they had the private Cuvee which was amazing, definitely a gem!

paid over 300 dollars for my meal reserved a table 2 weeks in advance for an anniversary and they couldn't even give me the table i asked for , even when i arrived 10 min early. food was decent but overall a place i will never come to again. I would not recommend if you make a reservation for something that means a lot to you.

Fabulous fantastic experience! The food and drinks were phenomenal. Annie our bartender was on point with all her recommendations and we had amazing drinks. She made an incredible Seelbach and Manhattan. The decor was upscale and chic. Loved the experience and now Prime is my favorite restaurant.

Prime was a fantastic experience and we didn't deserve it. We made reservations for 8:45pm and didn't arrive until 9:30pm and yet we still felt like royalty. The food was literally made to utter perfection and the drinks were too. I am definitely going back. Beautiful interior exterior as well

Still a nearly impossible reservation to get during the warm parts of the year due to it being on the water, this place is not worth the fight. The food is good, but it's nothing spectacular. The ambience is dated, save the natural surroundings. And it's just annoying when at about $130 plus per person, having to pay for your table bread and for every soda, rather than free refills like you get all over the country. Yes, it's true. That's a bit shameful.

Definitely in the running for the best steakhouse on Long Island! The Brussels sprouts were so surprisingly good. The Mac and cheese was amazing. I would definitely recommend skipping the prime fries. There was nothing prime about them. They were some of the worst fries I’ve had but I’m not going to judge this place on its fries, I just won’t get them again. We shared the porterhouse for my friends birthday and it was spectacular!

Fantastic! Great service from the moment you walk in. And everything we tried on the menu from the drinks to the crab cakes all the way to the cheesecake dessert was amazing. We even got complimentary celebratory champagne because it was our anniversary. Definitely a little on the pricier side but so worth it especially if it's a special occasion. The lodge area was very intimate and nice for a private conversation as well as the outdoor firepit area. Highly recommended!

Great place. Fancy, upscale, expensive. I had their sushi it wasn't as good as I remember. They removed the sushi that was wrapped in banana I loved that one oh well. Service is top notch. Food is good but not enough meatless options.

Honestly I’ve been to Prime a few times for events/cocktails but hadn’t ever ate here. The food was impeccable; the best part about the experience however, was the service & staff. Truly a great birthday experience and I’ll be back soon 🎁

Beautiful ambiance and right on the water. Very romantic. Food was amazing. The beet salad and tuna were both very tasty and well flavored. Chocolate cake was decadent. We had an amazing server. Bist was so attentive and friendly. I highly recommend this restaurant.

Delicious food. I had the A5 Wagyu steak, lobster mac and cheese, and a wild mushroom risotto. The meal was an enlightening experience. I didn't realize steak could be so tender and delicious. They reccomend having it served cooked medium. Trust their judgment.