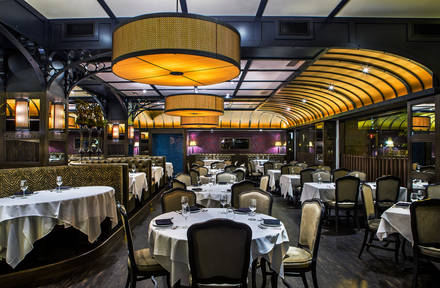 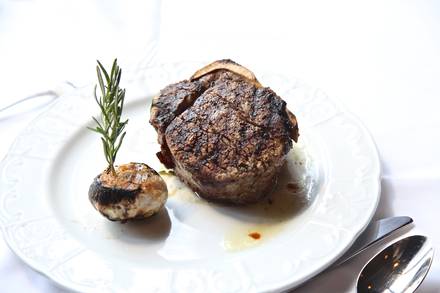 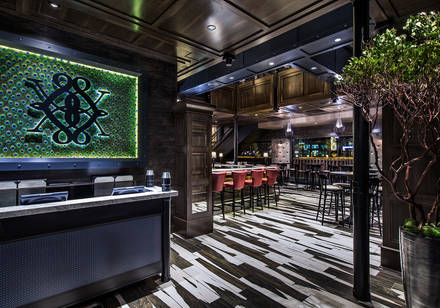 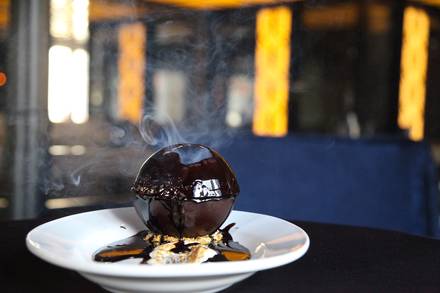 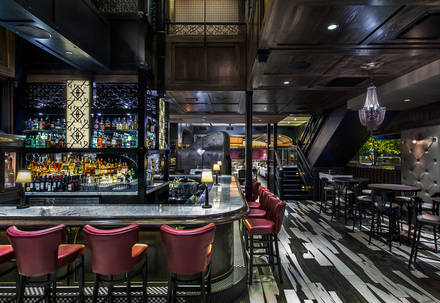 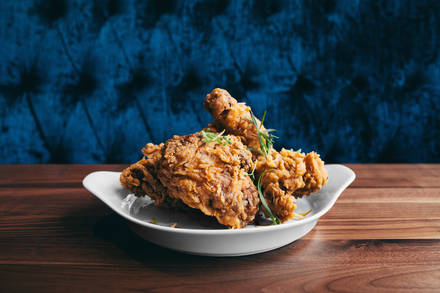 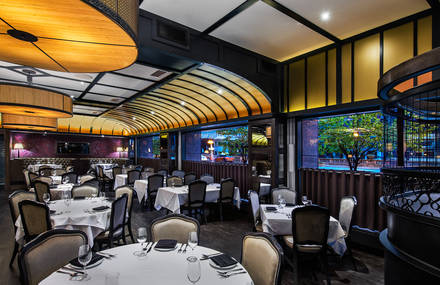 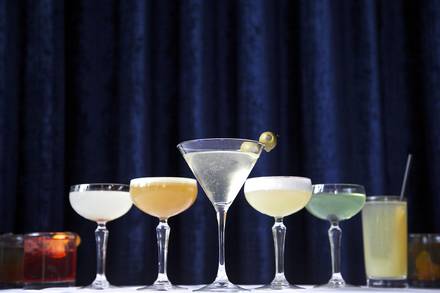 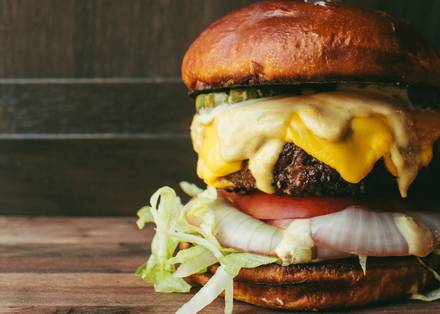 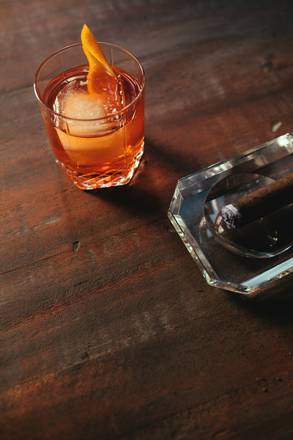 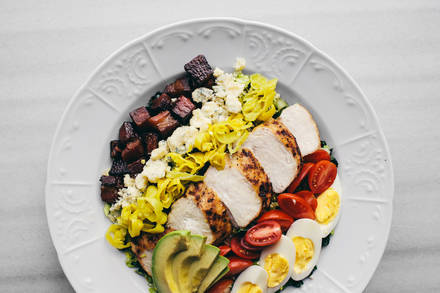 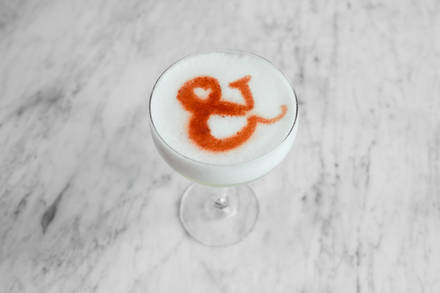 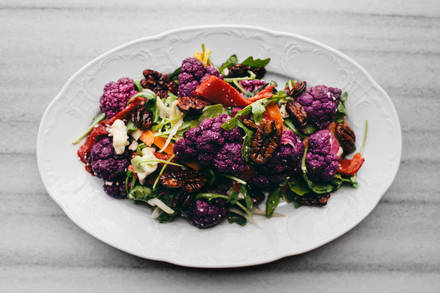 The two-story restaurant draws you in with classic style complemented with retro touches. A tall, swooping banquette separates the bar from the dining room, which has its own round, patterned booths. Funky metal accents and textured detailing combine with traditional elements like white tablecloths and high-backed chairs for a look that adds a touch of chic to the typical Chicago steakhouse atmosphere.

Step up to the marble-topped bar and take in the incredible wine tower, spanning both stories of the restaurant. It’s a clear sign that Prime & Provisions Steakhouse is serious about their beverage program. Beyond a fantastic selection of wines, spanning an impressive range of vintages and varietals, the cocktail menu boasts a masterful collection of drinks. Classic concoctions, such as the Vesper and Hemingway Daiquiri, take center stage, with the Old Fashioned being a particular favorite. Some options, like the Prime 75, add a unique touch to a familiar recipe.

The starters at Prime & Provisions Steakhouse are unlike any you’ll find at other Chicagoland meat emporia. While you can certainly find classic appetizers like the tuna tartare or shrimp cocktail, we recommend sampling some of the more unusual dishes – the fried chicken, for example! Usually served as an entrée, Prime & Provisions Steakhouse proudly presents the golden bird as a tasty beginning for your whole table. Crisp skin and juicy meat are accented with a chili bourbon maple drizzle, and it’s definitely a sharing size (though you’ll be tempted to keep it all to yourself).

Another unique starter is the house-flared thick-cut bacon. Nope, we’re not talking about brunch! The black pepper bacon is served with maple syrup sourced from Michigan with a dash of bittersweet chocolate. Says Phil Vettel of “Chicago Tribune,” “’Thick cut’ doesn't adequately describe this inch-deep slab of crisped and meaty pork belly.” This is the truly indulgent way to kick off a superb steak dinner…plus, you know, you can never get enough good meat.

When it comes to the steak at Prime & Provisions Steakhouse, the U.S.D.A. prime beef gets only the best treatment. There’s a drying room in-house, allowing the kitchen to ensure that the all-natural Black Angus beef has the best possible flavor. You can even peek in and see the room yourself! The dry-aged steaks are offered in a variety of cuts, from New York strip and bone-in Kansas City strip to the center-cut porterhouse big enough for two or more. “It’s impeccably smooth beef with a great char and perfect ratio of fat,” says Jeff Ruby of “Chicago Magazine.”

Filet mignon fans have the luxury of three versions to choose from: petite-cut, barrel-cut, or bone-in. The succulent prime rib is slow-roasted and served up with jus and house horseradish. All steaks are seasoned simply with salt and pepper and finished with a bit of butter, allowing the flavor of the beef to be the star. Regardless of your preferred cut, Vettel says, “The meat on top of the plate is going to make you very, very happy.”

While the red meat preparations shine in their simplicity, Prime & Provisions Steakhouse offers plenty of intriguing sides to add some pizazz to the meal. For a classic pairing of steak and potatoes, you can choose from among the massive baked potato topped with Hook’s cheddar, the house-cut French fries, or the “properly whipped” potatoes, encrusted in horseradish and parmesan. If you’re feeling adventurous (or just can’t wait until dessert), branch out and try the sweet potato brulee with Vietnamese cinnamon and cajeta butter. Purple cauliflower is served au gratin, a colorful and fresh addition to your steak dinner. The charred corn is also a standout, accompanied with parmesan cream.

Heed the Michelin Guide’s advice and save room for dessert: “A single-serving banana cream pie with loads of whipped cream is a whimsical final bite.” It’s just one of an array of sweet dishes to wrap up your meal, including peanut butter and whipped milk chocolate pie and tequila lime icebox case. However, it’s the tableside s’mores that really wow with its combo of taste and presentation: a chocolate orb is melted in front of your eyes, releasing campfire smoke and revealing a confection of graham cracker and marshmallow.

Once full and satisfied, you can add a final, classic touch to your experience by retiring to the cigar patio (ladies are invited to partake, of course!). Prime & Provisions Steakhouse has a menu of cigars to offer, one last nod to Chicago steakhouse tradition to round out a spectacular meal.