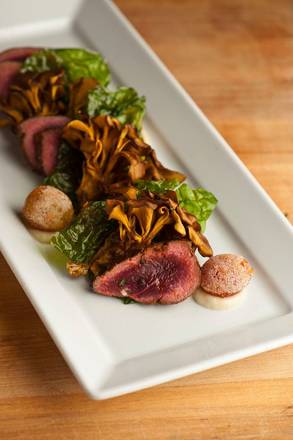 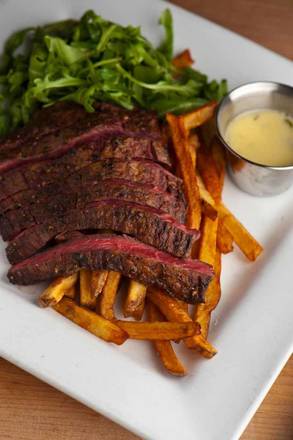 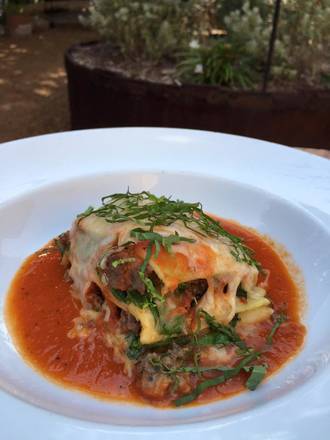 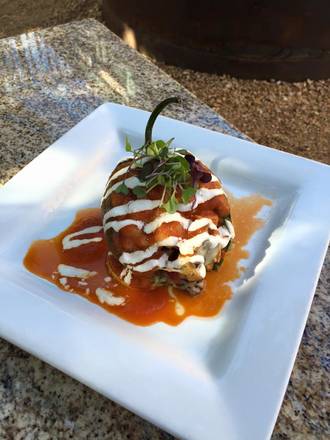 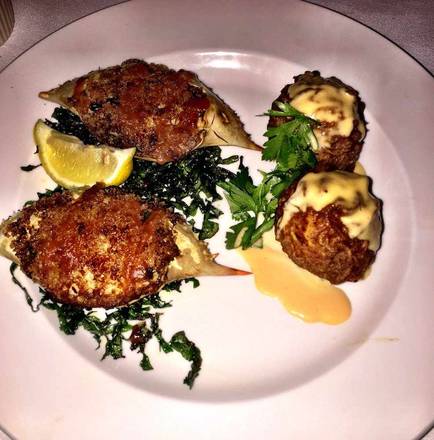 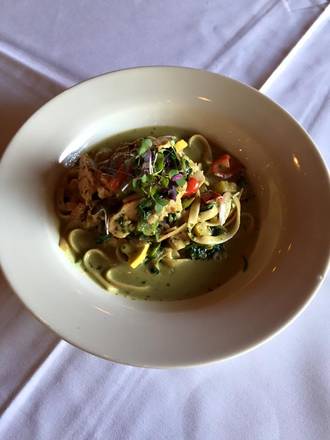 The original location is based in Fort Worth’s Historic Stockyards District, with the menu reflecting classic Southwest cuisine that's been accented by modern techniques. Items on the menu range from a selection of hand-cut steaks and seafood to dishes such as Wagyu Tomahawk, and game like kangaroo carpaccio, Rocky Mountain elk ribeye and rattlesnake.

FOR THE BEST RED WINE IN DALLAS, GO TO THE BEST STEAKHOUSES. Mind-blowing Appetizers at Dallas/Fort Worth Steakhouses Get a Taste of Texas at These Top Austin Steakhouses

I had lunch with my son. We were received with a smile and shown to our table. The food was great. We both tried the 16 oz "Almost Famous" Prime Rib. It was perfect. The Golden Yukon mashed potatoes were really good. We had to try the Rabbit-Rattlesnake Sausage as an appetizer. It's was surprisingly delicious, very well seasoned sausage. Definitely recommend!

Love this place, been many times. First off the service was amazing perfect. But the starters were not impressive and overall the food was good but I have had better...here at this location. Will come back. The Willie smoked old fashion is fun

I go to better restaurants to enjoy my food, and expect a certain level of service when I spend $$$+. Staff was mainly friendly, our waiter seemed like we were annoying him a bit. We ordered the wagyu tomahawk medium rare, and I will say it was pretty good. Unfortunately, the steak was pretty much butchered. Received it medium, if not even medium well almost. To go back to my first sentence, I go to enjoy my food and expect quality for the price I'm paying. Needless to say, was pretty disappointed. I also don't think the waiter thought I was the one paying and was talking to my father in law. I told Adam about the steak, and he agreed with me about it being medium or even more but the bill did not reflect anything of such. I don't expect a free steak but any means but some kind of reprieve would have been nice. Just disappointed overall.

Very nice evening with friends. Above average service. Reasonable wine list. A bit dark inside for my taste but a significant contrast to simple exterior. Loved the stuffed tenderloin and appetizers. Would go again.

Me and my girlfriend went for our anniversary while we were out of town and this place is fantastic. A bit pricey but the food is tasty enough to where it is worth every penny. Adam our server was a top 3 server we've had to date, he knew the menu up and down and had fantastic recommendations. If you want a fancier dinner while in fort worth this place is 100% worth it.

We have heard about Lonesome Dove for many years and decided to give it a try on a Tuesday evening to celebrate my 45 birthday. I’m not one to try new flavors but had always heard that I needed to just trust I would love it - and I did. From rattlesnake sausage to elk for the main dish - all the flavors were were unique and amazing! I cannot wait to go back and try more items from the menu.

My husband and I had dinner for our anniversary this past Friday. The food was phenomenal. I highly suggest the Kangaroo Nachos. They were out of this world. Cedric was our waiter and he was extremely attentive and thorough. He even brought us a sparkler with some champagne to celebrate our anniversary. We have been looking for years to find a restaurant like one that we loved back in Illinois and we are super happy we have one close to home now. We will be back many times!

You honestly can't go wrong with any of Tim Loves restaurants. We love the variety of wild game on the menu. The Elk sliders are a MUST for a starter. Great wine selection. The beef tenderloin was delicious as well as the Mac and cheese. Great service and atmosphere as well!

The garlic stuffed tenderloin is the best steak I've ever had, the elk is also great. Interesting selection of entrees with some wild game meats. It is expensive but definitely worth it as an infrequent treat. The cocktails are also outstanding, highly recommend the Bluebonnet.

First thing, this place doesn't look like one of those awesome dining experiences you would expect when you see it from the outside, but that assumption would be wrong. This is an outstanding restaurant if you are near the Fort Worth Stock Yards. Wonderfully varied menu. Cocktails are top notch. Also, we were truly amazed with how well the bartender (sorry, I forgot his name) managed all the people at the bar, his bartender tasks for the waitstaff, and keeping his cool under pressure.

The food here is outstanding!! We tried different items on the menu that I’ve never had before, like kangaroo. I was afraid at first but it was actually really good! The service is off the charts. My husband and I had dinner here before going to the rodeo. We will definitely be coming back. Highly recommend!

We have been coming here for special occasions and bringing friends here for years, always receiving great food and great service. However, on Saturday, February 19, we came for a belated Valentine's dinner and were extremely disappointed. Drove 2 hours one-way to get there. First, our drink order came at least 10 minutes after our appetizer arrived. Second, after specifically telling the waiter I wanted my steak cooked medium well, it arrived medium - just like my husband's steak. Third, the steaks and mac and cheese were not very hot - only lukewarm. Fourth, we had to ask another waiter for the horseradish that my husband had ordered along with his steak. The waiter was slow and didn't seem to care that the drinks were delivered so late, etc. This is not the type of service and food we expect for a tab over $200. Needless to say, we'll go to Houston the next time we want a special steak dinner. Have had some excellent experiences at several steak restaurants there! Lonesome Dove has certainly slipped. Too bad!

We left home on December 1st and this was the best meal we had between here and Vegas. I'm sure I'll be back and we'll be coming back once again. Get the steak and chocolate cake from Tim Love. Impressively good.

Went on a date here, amazing food and waitstaff. The restaurant was packed and I was a little hesitant to eat because I was so hungry but the food came out surprisingly fast. I will definitely be back. Tip: Save room for the dessert menu. Completely worth it.