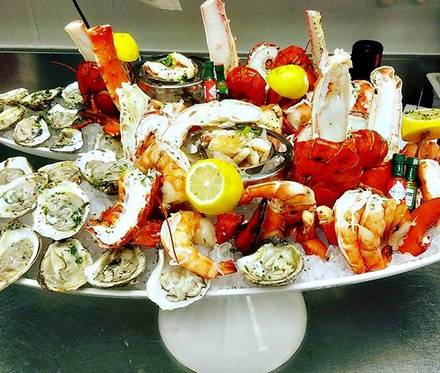 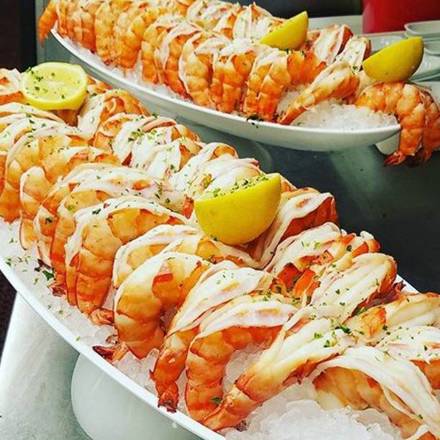 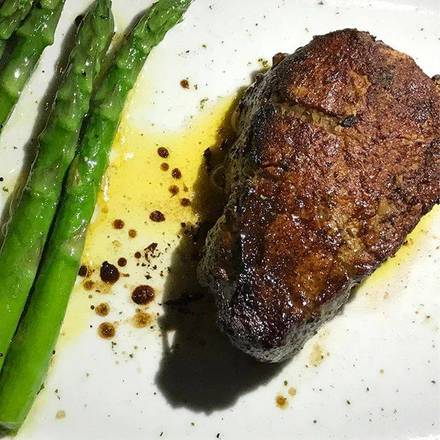 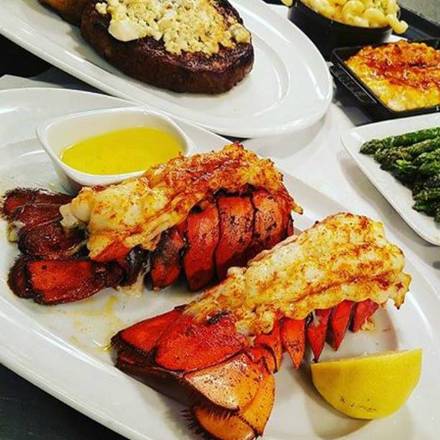 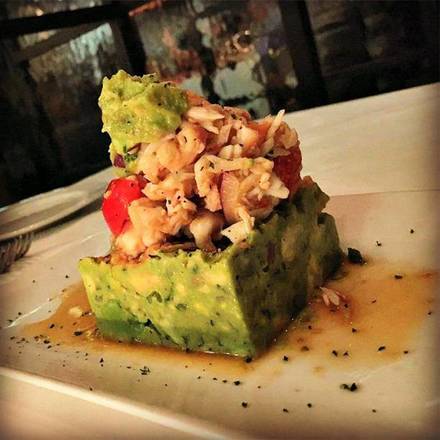 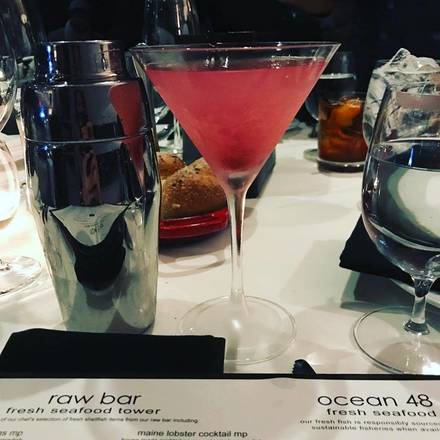 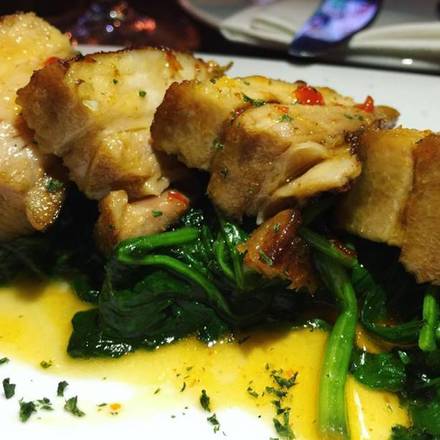 This restaurant group got its start in Arizona, thus the name: Arizona was the 48th state to enter the union. Steak 48, though it’s clearly a blend of the old and the new, also benefits from a hefty addition of the downright whimsical.

Starting with the starters, the Chef’s PB&J is a “sandwich” of fig jam and pate, the sweet fruit comfiture playing off the deep and funky notes of the liver paste: not something you’d expect to see on a steak house menu. Then there’s the deviled eggs, rolled in panko, seasoned with sriracha and finally fried; you’ve had deviled eggs, and you’ve had fried eggs, but for many of us, this is a new one.

The slightly off-center menu approach continues into the steak section, where you can get a steak farina, the bone-in filet topped with an egg. There’s also a meat loaf; that’s right, your mom’s standby is also available at Steak 48, but here it’s made with filet, rib eye, black truffle and green peppercorn; it might be the best meat loaf you’ve ever tucked into (sorry mom!).

It’s hard to discuss Steak 48 without recognizing the magnificent space that houses the restaurant. As noted in “Chicago Now”: “Highlights include an 800-square-foot patio (with breathtaking views of Medinah Temple) where a second beautiful bar is located, a floor-to ceiling glass expo kitchen, intimate dining kitchen suites and multiple dining rooms featuring gorgeous architectural details. The wine program includes 50 wines-by-the-glass and over 150 by-the-bottle!”

The décor of Steak 48 is, indeed, something to behold. There’s a 3,000-bottle wine vault to greet you as you enter, several semi-private dining suites that allow diners to peek into the kitchen while they eat, a second-floor deck for the panoramic views, as well as a bar on the first floor and a “dining bar” on the second floor (reservations required for that one).

Wine and steak are a natural pairing, and as you might expect, the wine list at Steak 48 tends toward the reds, although there’s a very good selection of whites as well. Many of the wines, both red and white, are available by the glass.

Desserts pull through the whimsical theme with fresh baked beignets that can be plucked from a “beignet tree” beside a pool of Nutella ganache and crème Anglaise. The Cookies n’ Cream Popcorn Sundae is vanilla gelato with chocolate source and popcorn. Outlandish enough for you? Then how about S’Mores in a Jar? It’s the marshmallow, the chocolate, the graham crackers. In a jar.

On the topic of grahams, you can get Graham’s port, as well as Taylor Fladgate and a few other versions of this Portuguese after-dinner drink. However, let’s say, hypothetically, that Amazon has bought your company for twice the asking price, you’re feeling flush, and you want to celebrate in a way that you may never have before. In that case (and it could happen, right?), consider a two-ounce pour of the Remy Martin Louis XIII cognac, the stuff of legend. Created in the mid-19th century, Louis XIII is a blend of up to 1,200 grapes, all 100% Grande Champagne, the first cru of the Cognac region. The servers will bring the decanter to the table (you might want to ask), and it is a sight to behold: each bottle is numbered and based on a 16th century decanter unearthed at the battle of Jarnac, now mouth-blown by artisan craftsmen. That two-ounce sniffer will run you over $500 – but hey, how many days do you close a multi-million-dollar deal?!

In a town that seems like it has more steak restaurants than any town should be allowed to have, Steak 48 proves that when it comes to excellent places to go for meat, Chicago is a city with an almost unlimited appetite. 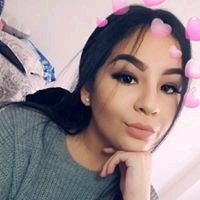 Amazing. Recently went for my sister's graduation with my family. Of course I went for the lobster and it was some of the best I've ever had. The seasoning,... 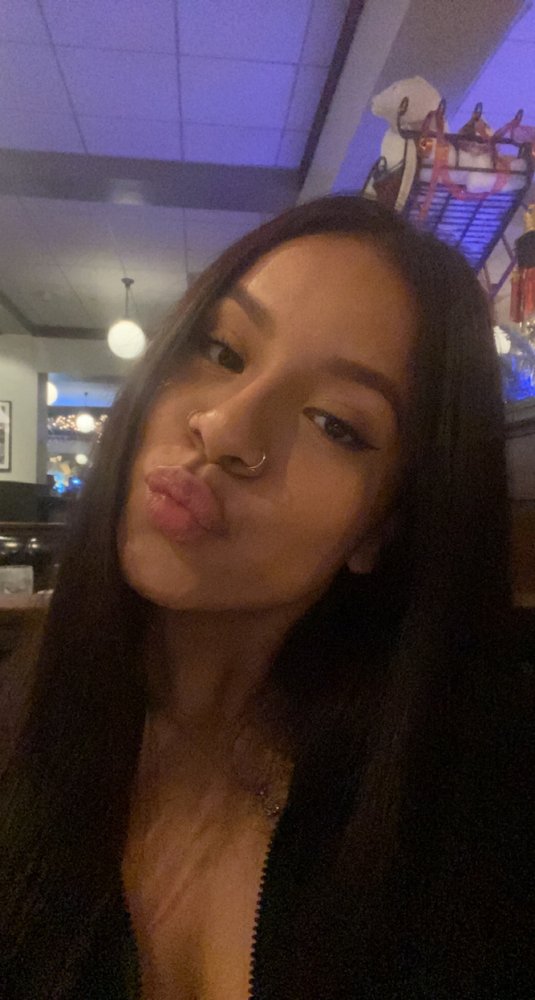 This is the most incredible restaurant I've ever been to. I went for my graduation dinner, seating was private, and the waiter was exceptional. We had the... 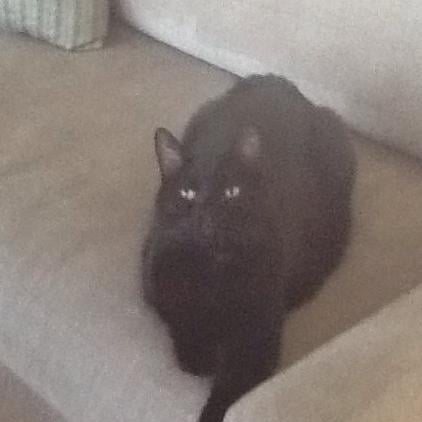 I returned because the manager reached out to me after a 2 Star review in October. I honestly will not go back or recommend the place. I would call dining... 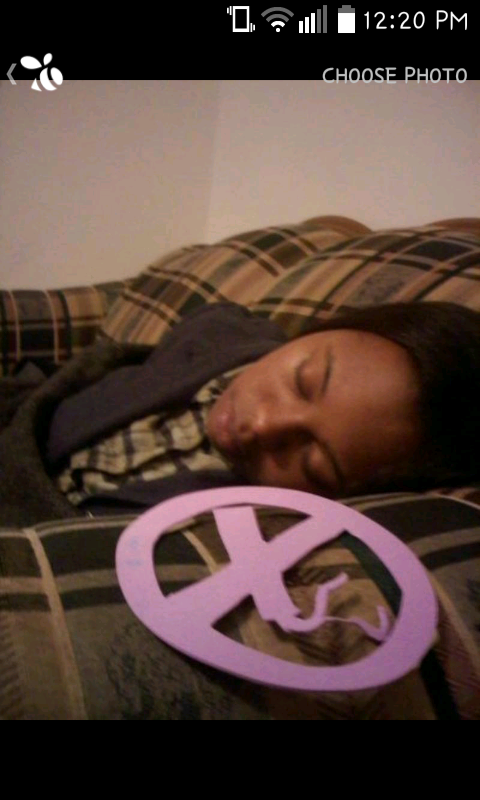 The restaurant was fine . The staff made sure I had what I needed. The food was decent. Nothing amazing was served. I was dismissed early to make room... 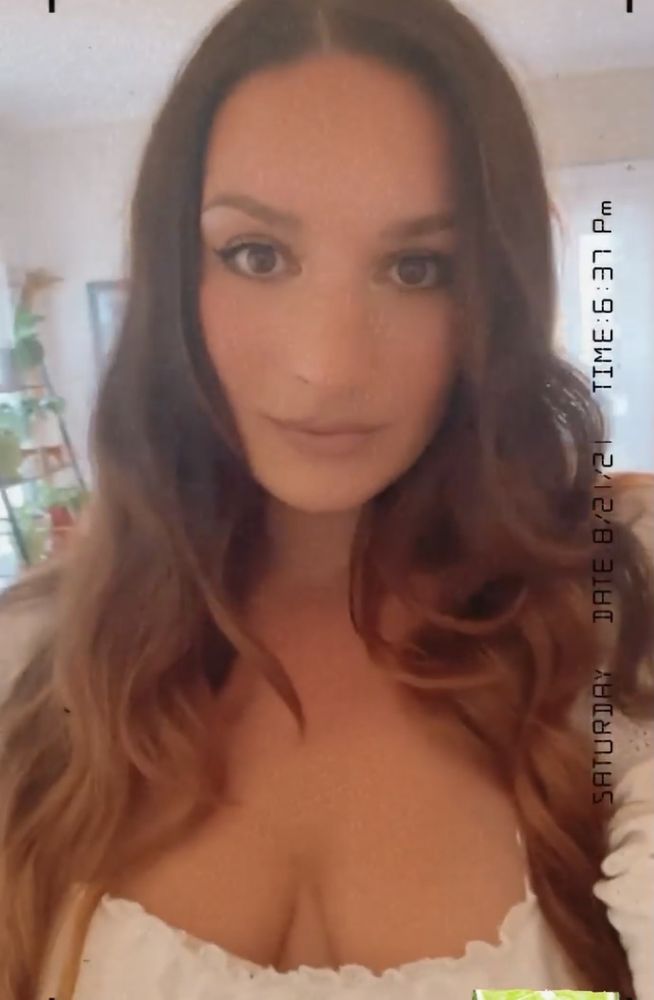 I've visited many steakhouses in Chicago and was disappointed by the quality of the meat. The service was also kind of off-putting. The staff was nice but...

I stopped in here on my way to a reservation later in the evening for a cocktail and light bite. The restaurant was relatively empty, as it's not exactly in the main tourist area; but, the shrimp cocktail and cocktails were on point. This steakhouse provides a clean and slick atmosphere while still feeling like a steak house. The bartender, Oscar, was fantastic. He made me a blackberry mint cocktail. I'm not actually sure what it is because I just asked him to come up with something. It was delicious and very easy to drink. The shrimp cocktail on the other hand were the best I've ever had. They clearly picked out the best shrimp. They were so perfectly prepared that when served they were served with shells fully removed and the tail meat still attached. The shrimp were basically mini lobsters and the home made cocktail sauce and horseradish were out of this world. If you have the chance to pop in this place is definitely worth at least a stop! 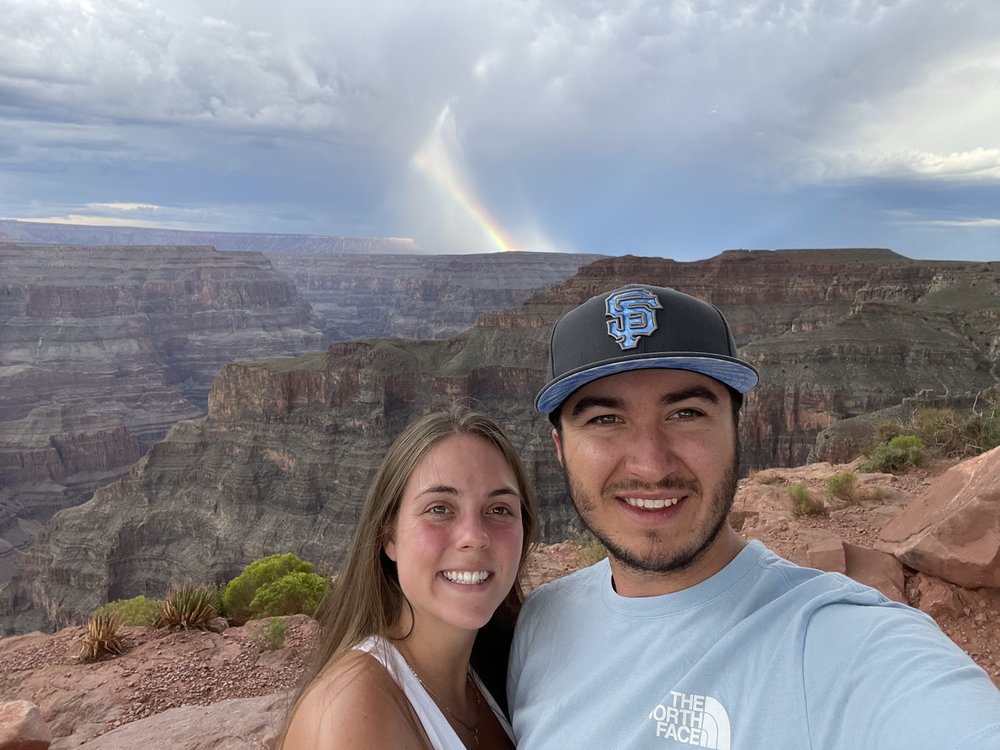 First time ever coming here and I have to say it was an amazing experience. They sat us in the back of the restaurant by the kitchen, in these private rooms...

Great food, decor, ambience. We ordered two steaks (one off menu), apps, and a dessert, very satisfied with the quality of each item. The only moderate... 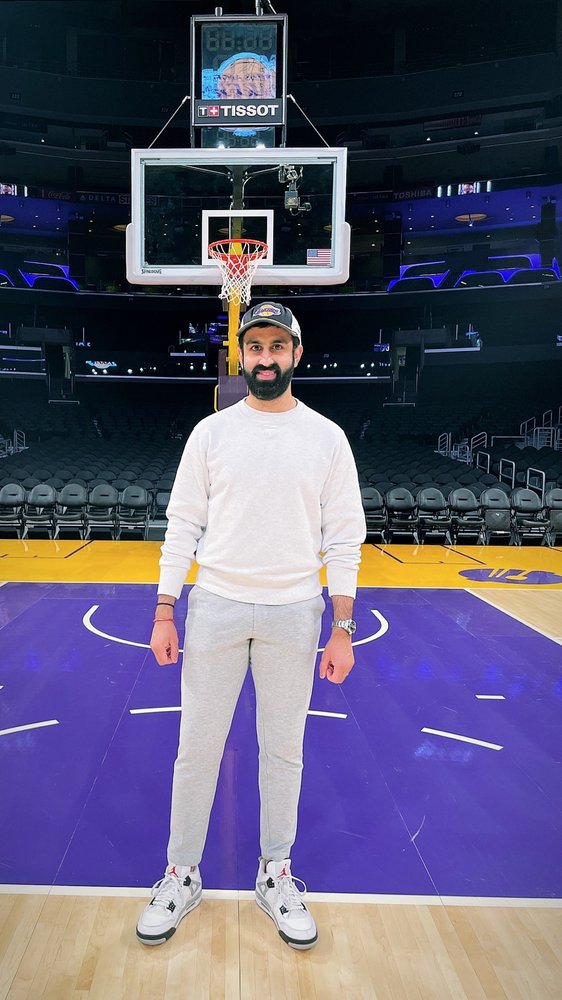 Steak 48 is a fantastic steakhouse in Chicago. The service is fantastic and the food and drinks are great. It's a new school spot with an old school vibe.... 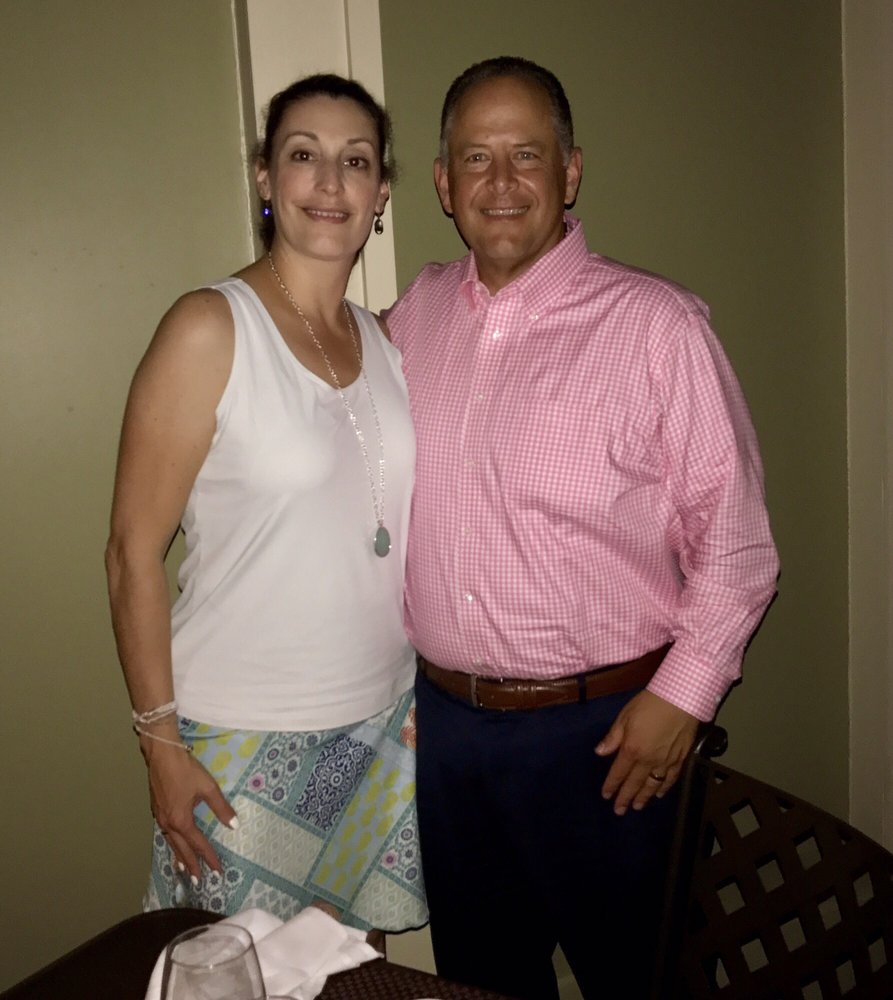 We attended a fundraiser on the second floor. The appetizers were so good we decided to stay for dinner. I couldn't take pictures of passed apps, but we... 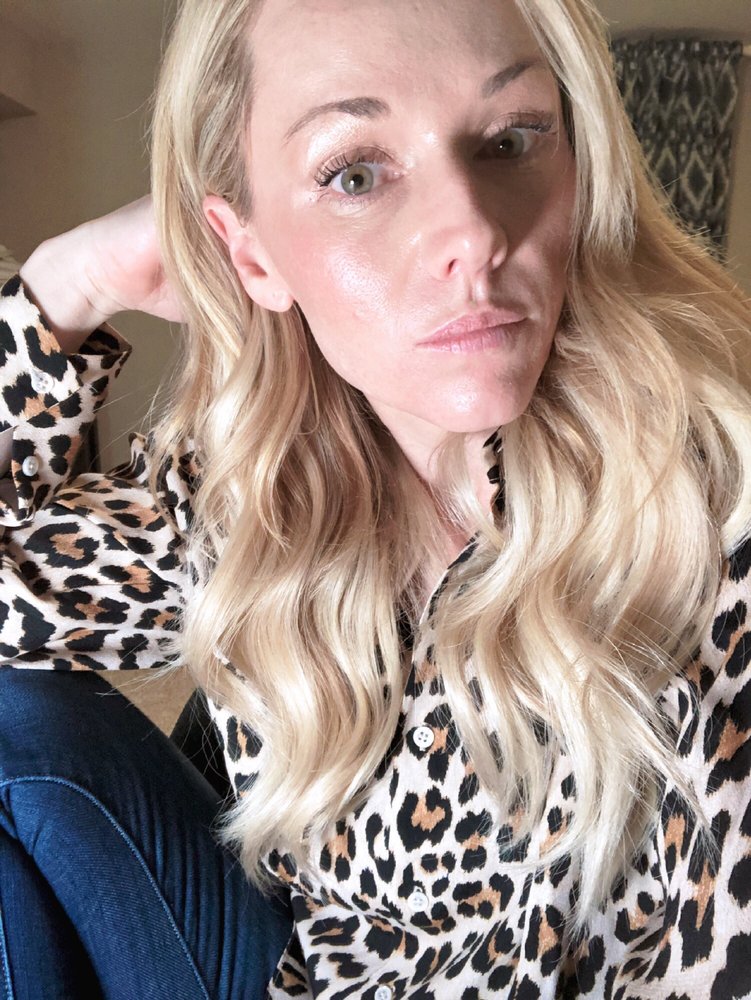 We've been to Steak 48 twice now, and we have enjoyed both of our experiences thoroughly. Not only is the food exceptional, but the service is top notch --...

Highly recommend this place if visiting Chicago! The food was absolutely delicious that I'm looking forward to visiting again someday. I had the lamb chops with lobster as well as a side of the corn creme brulee. This was hands down the best lamb chops I've ever had in my life. Ask for Vinny if you decide to dine here, he was definitely a bonus with his exceptional service that he provided. 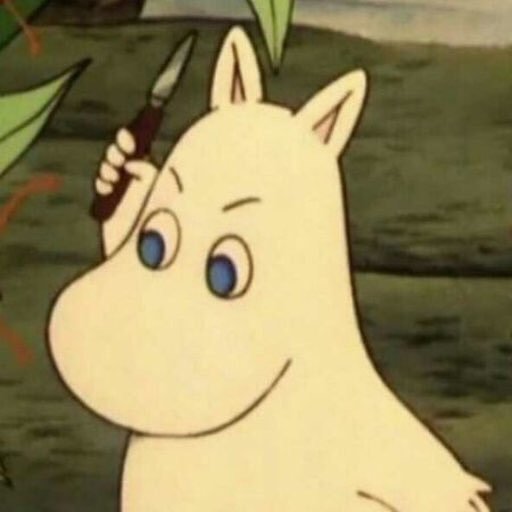 This was an excellent dining experience! Walker is an amazing waiter and just an excellent overall person. Food was out of this world! Highly recommend the Crab legs and Butchers Cut steak. Best Calamari I have had outside of New England.

One of my favorite restaurants. Not a weekly spot for us, but they never disappoints. Great food. Excellent service. Knowledgeable, professional staff. Appetizers steaks and desserts are beyond excellent. Will probably be back for our anniversary.