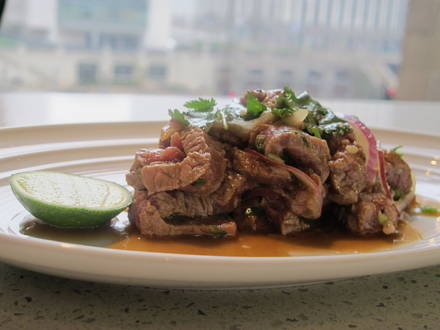 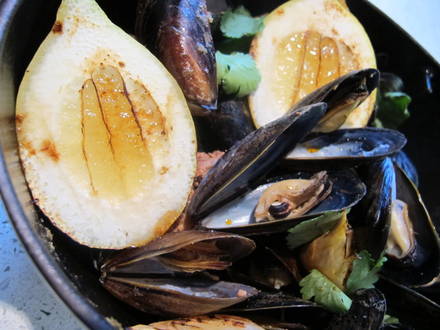 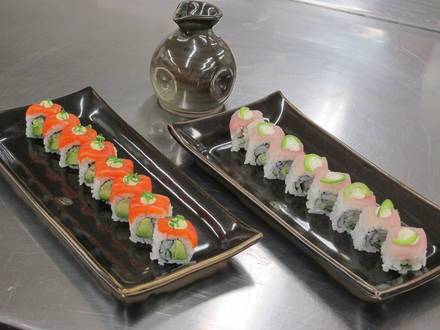 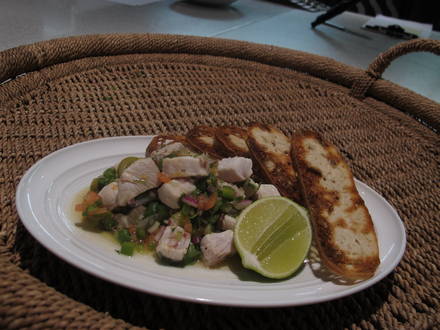 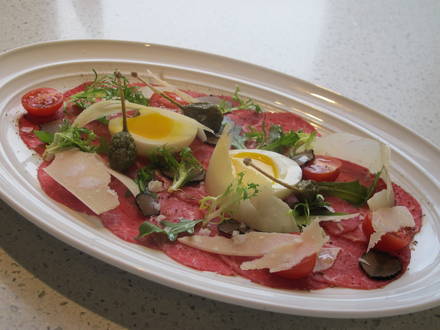 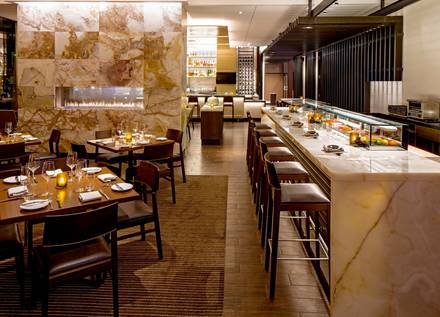 Service is always what you’d expect from a top-notch restaurant, but there’s a strong sense of effortless sophistication that gives you space to have a good conversation while you enjoy your steak.

According to Crain’s Chicago Business, one of the city’s most reliable sources for restaurant critiques, Stetsons Modern Steak + Sushi “is dressy enough for less formal entertaining, and there's adequate space between tables. The new menu created by executive chef Robert Lang is inviting, combining classic and contemporary dishes.”

In the open kitchen of Stetsons Modern Steak + Sushi, chefs prepare grass-raised Angus beef, locally sourced within 250 miles of Chicago, including all the traditional cuts as well as some specialties, like dry rub “extra meaty” ribs and dry braised royal beef rib.

An award-winning list of wines – sustainable, organic and biodynamic – provide a number of sips by the glass (most under $17), as well as sake, and for special occasions, several large format bottles. In keeping with the modernist theme, Stetsons offers iPads for wine selections, which is especially helpful as this electronic “sommelier” provides more detailed background than any human could probably have time to stand at your table and verbally deliver.

Like all higher-end restaurants, Stetsons Modern Steak + Sushi pays attention to the little details that can make such a difference in the dining experience. For instance, instead of a regular bread plate, cheddar pop-overs send the signal that this is someplace special, a dining establishment that will go out of its way to pay attention to the little things.

As the name implies, Stetsons Modern Steak + Sushi blends the joys of good red meat with high-quality catches from the sea. Many diners prefer to start with fish and make the meat their entrée, but there’s enough options on the menu to make it possible to eat all meat or all fish, with a few quality sides, and be very happy. The fish, which is flown in daily, is exceptional, and in a sense Stetsons Modern Steak + Sushi is as much a fish house as it is a steakhouse.

Stetsons Modern Steak + Sushi replaces the former Stetson’s Chop House, which was a dark and leathery boy’s club, with Sinatra and Dino on the loudspeakers, a grand piano and hushed tones. Stetson’s Chop House built on the reputation of Chicago as “Hog Butcher to the World,” the city of the Union Stock Yards, the city of red meat and lots of it, with, of course, potatoes. Stetson’s Chop House had a pressed tin ceiling, shining brass trim in the style of Parisian brasseries and early Chicago hotel restaurants, and etched glass. Nothing wrong with any of that, of course! Still, Stetson’s Chop House received cosmetic upgrades in 2002 that held onto some of its old timey furnishings and at that time was still one of the few Chicago steak houses that served dry-aged prime beef. Then in early 2013, the owners decided the place needed more than just a face lift.

General Manager Pete Karczewski has boasted that the new Stetsons Modern Steak + Sushi is “anything but traditional,” and the swanky yet comfortable vibe is proof of that.

Stetsons Modern Steak + Sushi was the first restaurant to open at the Hyatt Regency Chicago's after their $168 million renovation. The chic Hyatt Regency Chicago offers over 2,000 rooms with city and river views, as well as 240,000 square feet of event space for weddings and business functions. The hotel location, however, does not mean that Stetsons Modern Steak + Sushi is a place for business travelers only; on any given evening, you’ll find that it attracts as many locals as it does out-of-towners.

Service at Stetsons Modern Steak + Sushi has been applauded as top-notch, and the location is perfect if you want to spend time in the Loop with a short walk to the Magnificent Mile, Millennium Park, and Navy Pier, as well as four other on-site restaurants, each with a different feel and, of course, their own unique menus.

Chicago has some outstanding hotel restaurants, including NoMi in the Park Hyatt and Michael Jordan’s Steakhouse in the InterContinential. Still, if you tend to shy away from restaurants in hotels, Stetsons could turn you around.

Deb is amazing! She made our experience at the bar so friendly and enjoyable. She knew we were hosting clients and had everything we needed with a smile! This is a great place for hosting, where you are able to talk, eat, and drink in a nice but approachable environment.

Such a delightful experience. The staff treated my husband and I like we were family and the food was absolutely delicious. What a great place! 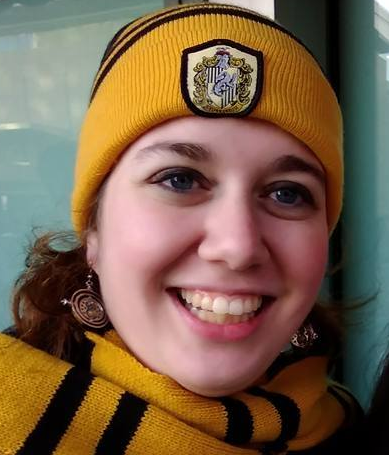 All I can say is sit at the bar. Deb and Juan were absolutely the best bartenders I've ever had the pleasure of meeting and chatting with. Full stop.

The grouper was fantastic salmon was fantastic. But Deborah was a outstanding waitress that took my order. It's because of her outstanding people skills and friendly smile and attitude about the food that made my coworker and myself to go back a second night. Thank you for a great experience Deborah. From Ohio

I took 2 different groups to Stetsons during IMTS. We had Deborah for both of our visits and she did a great job! See you next time! 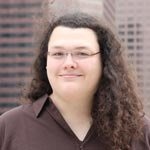 Food! This place is certainly not a destination, this is more of a place that you go to when nothing else is easily available to you or you're just too...

Simply fantastic. This is the sort of experience I look for and so rarely find. Food-wise, the steaks were generous and perfectly cooked to order; the wagyu bowl was a bit rice-heavy (but such delicious rice!) and the beef was plentiful and perfectly done. The drinks were as expected, with the lychee gin being the star. I had the salmon roe as an appetizer, and it was amazing! I love ikura, and this was among the best I've ever had. About the only complaint of the entire meal was that the knives weren't as sharp as I'd have liked, but the steak was tender enough I almost didn't notice. (It would be nice if the knives were a bit sharper though) Seriously, Stetsons exceeded my expectations. This is far more than a "hotel restaurant", despite being in the lobby of a Hyatt. Treat yourself: you won't go hungry, except maybe the next day as you're unlikely to have leftovers!

After reading some of the reviews, I was nervous to try this place. But, let me tell you ---- everything was WONDERFUL. The staff is amazing, attentive, and friendly. They offered recommendations when I asked and knew the menu backwards and forward. The sushi was fresh and delicious. I can honestly say that I've never had a better dragon roll. The person I was with had the salmon and it was perfect. Cooked thoroughly but not dry, plus it was very flavorful. We had saki (the cucumber and the snow) and they were both excellent. I heard people at the next table raving about their steak. Seriously, this place is a gem. I loved it. I would give them 10 stars if I could. 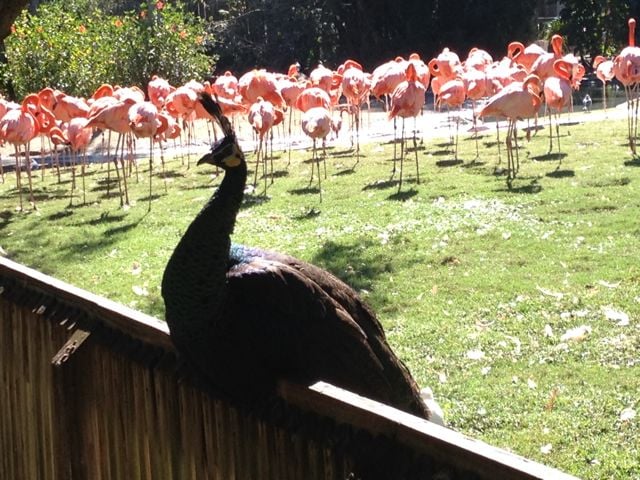 Steak and sides were very good. Manager told us they had been open for 2 days post pandemic shit down and the sushi was amazing, the staff were helpful....

Decided to do a review on this place thinking they were open. Sadly they have not reopen . Wishing them a fast recovery. I miss having cocktails here. There’s a great bartender woman who has been with the company a few years she is a ball of joy every time I’m there. See you guys soon! 🤎KD

I would not know how the food is because I waited 20 minutes at 6:30pm at the front desk and nobody came to seat me. It's Chicago, there are plenty of other places to eat. Skip this one.

The food was good but the service was poor. Barbara had checked out for he day and was not attentive in any way. IF I were to go again, I would want to change my table if she were waiting on me. Food was good. 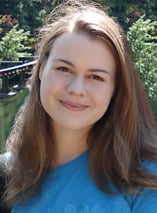 The customer service was bad and the sushi wasn't very good, so I wasn't impressed with this restaurant. If you want to try it, there are good specials...

This site is my preferable site. Of all restaurants I know I love it most. I always suggests to my friends to go to visit this place. Whenever I feel like having a good lunchon, this restaurant comes instantly to my mind. best and many types of food and a large menu.trained crew, and nice atmosphere. Also, the price is good. I praise this place with no doubt.

Great experience at the bar. Deb was attentive, engaging, and everything you should want in a server and bartender! Full of personality and fantastic service! Will be back to see her next time I visit Chicago!