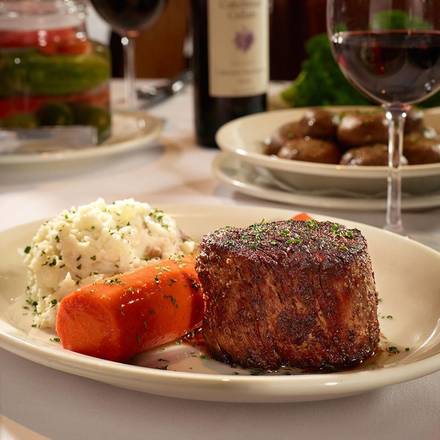 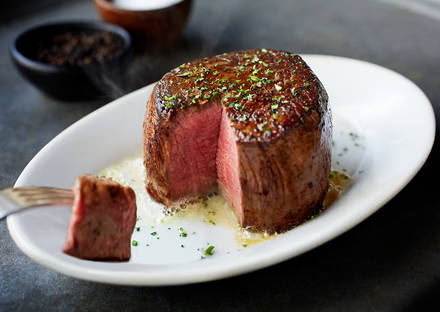 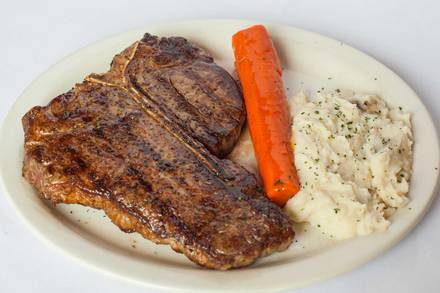 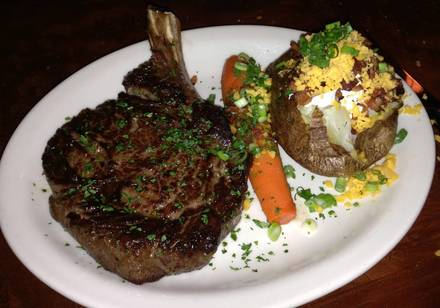 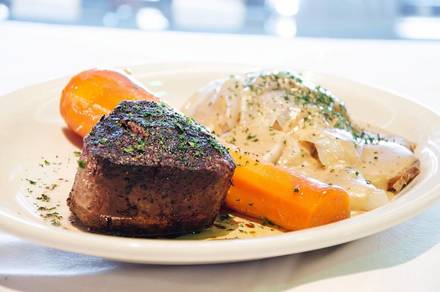 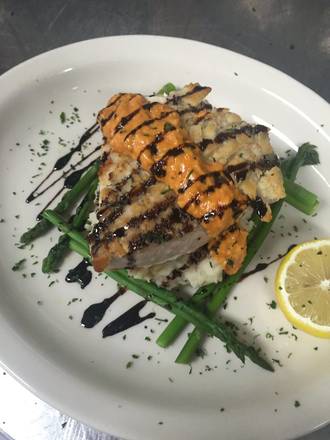 Bob’s Steak & Chop House's original location opened in 1993 in Dallas. To date, the company boasts 10 outposts with each offering a distinct personality.

The Nashville outpost is located downtown, directly across the street from the Music City Center in the Omni Nashville Hotel and connected to the Country Music Hall of Fame and Museum. There are additional locations in San Francisco and Tuscon.

All steaks and chops at Bob’s are served with a glazed carrot, plus a choice of baked potato, smashed potatoes or skillet-fried potatoes topped with sautéed onions and peppercorn gravy. The meat offerings are hand-cut and selected by the chef. And those choosing to eat non-meat entrees have a nice choice of options, from cold water lobster tails to one half roasted duck topped with green peppercorn sauce.

New residents to the areas now here full time, we decided to try as many places as we could. When we first got down here, and I wanted a steak, my aunt...

Momma I love these Tomahawk Chops!! They were seasoned perfectly 👌 and grilled to perfection! The edges had just the right crunchiness to make your mouth savor for the heart of the chops. Once I bit into the first chop, my brain immediately signaled that I must not stop until both chops have been consumed. They were just that delicious. The chef really took time and put love into my meal! Thank you chef and I shall be back!!! Before I forget, did you check out size of that jumbo shrimp? This was the appetizer😆. If you have a hearty appetite, as I do, then Bob's Steak and Chop is the place for you. The cost was more than I expected, but it was well worth it. I'm going back for the steak dinner tomorrow 😋.

6 Week update at the end of the review* Were it not for the steak; I would give Bob's one star. I'll begin with the good - The A5 Japanese Wagyu was one of the best I've had. Maybe ever. It was cooked to perfection. They let the steak be the center of attention by laying off the salt and keeping the outer crust paper-thin. Without a doubt, the highlight of our meal. Unfortunately, the amazing steak wasn't enough to make me forget the rest of our experience. Before our arrival, I called to let the restaurant know that we would be maybe fifteen minutes late for our reservation because of traffic issues. I was told that it was no problem, there was not a huge crowd and for us to come whenever we're ready. When we walked in about ten minutes later, and I gave the name under the reservation, the host scolded me like a little school girl. "You are LATE. You are late. Wow. You are late". Of course, he didn't look me in the eye while saying this but was noticeably amused by himself. Yes, Alex, I'm calling you out. The worker shortage must be worse than I thought if restaurants like Bob's put people with your behavior at the front of the house. Alex's performance really set the tone in terms of our interaction with other staff. I won't go too far unpacking how our table was not cleared of anything the entire evening. It was to the point that when our mains came out, there was nowhere to put it because there hadn't been a single empty dish taken away up to that point. I'm also going to hold back when mentioning the rate at which we were rushed to finish our meal. The server was either really tired or had a really hot date because he clearly wanted to get the hell out of there. Can't say I blame him. By the end of it, I felt the same way. Were it not for the steak; I would give Bob's one star. UPDATE: Two weeks after this review was posted, the restaurant's GM acknowledged the issues and gracefully requested that I reach out to discuss this privately. That is exactly what I did. As a matter of fact, I reached out twice. That was a month ago and there has been no response.

Only one word comes to mind when I look back on my recent Bobs experience. Impressive! Everything was fabulous, drinks to dessert it was all truly of the highest caliber. Tucked away in the lobby of the Omni hotel this is truly the classic low lit high end steak house you see in movies. The menu was a beacon of good taste and knowing your clientele. Huge prime cuts of meat and classic steak house sides. The staff was easily the most confident I've come in contact with in years. James at the bar and our server Laura had the answers to my questions before I had a chance to ask in most cases. Steaks were cooked to perfection and the selected wine was also a delight. Oysters to start were a welcome surprise they were featuring that night (James River I believe) delicious! Treat yourself if your in nashville and head to bobs for a true "steak house" experience. You won't be disappointed.

The food was fabulous but you should ask what the price of the steaks are that are not listed on the menu. Cost 3 of us 775.00 not including tip! I feel the waiter should have spoke up and said something. One steak was 336. 00

Oh my the food was so amazing . Zach was our waiter great job. I should have taken a picture but there Vegetable is a carrot a Whole carrot the taste was out of this world . So friendly from the hostess on. Got a dessert to go for the hotel . It was a called a a wedge of chocolate cake Huge. 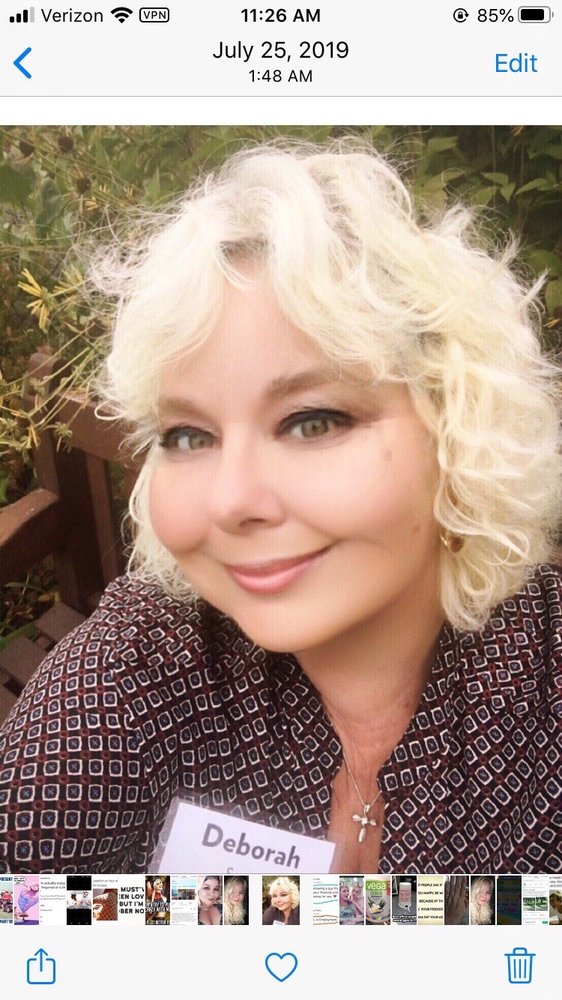 What can I say, nothing short of outstanding! Our first time here a couple weeks ago and is now our favorite restaurant! Ambiance is Old Naples and is...

This review is for the excellent customer service and attentive responses I have received from the management team at Bob's Steak and Chop House. For my company, I was trying to book a private room for an upcoming corporate dinner for our customers and guests. The chances of getting a reserved room were slim but due to some good luck and excellent management, Alex Hall, their Assistant GM, was able to make things happen. I appreciated his quick responses throughout the day, even before operating hours, taking my calls when I had questions and the detailed emails explaining everything we would expect when hosting and dining at their restaurant for our private event. Other contributors to the positive experience I had with the management team were Zach Izzard, their GM, as well as Adam who answered my call and efficiently listened to my request and transferred my call to Alex. I would work with Alex and the team over at Bob's Steak and Chop House again in the heartbeat. They made my event planning process seamless and stress-free. 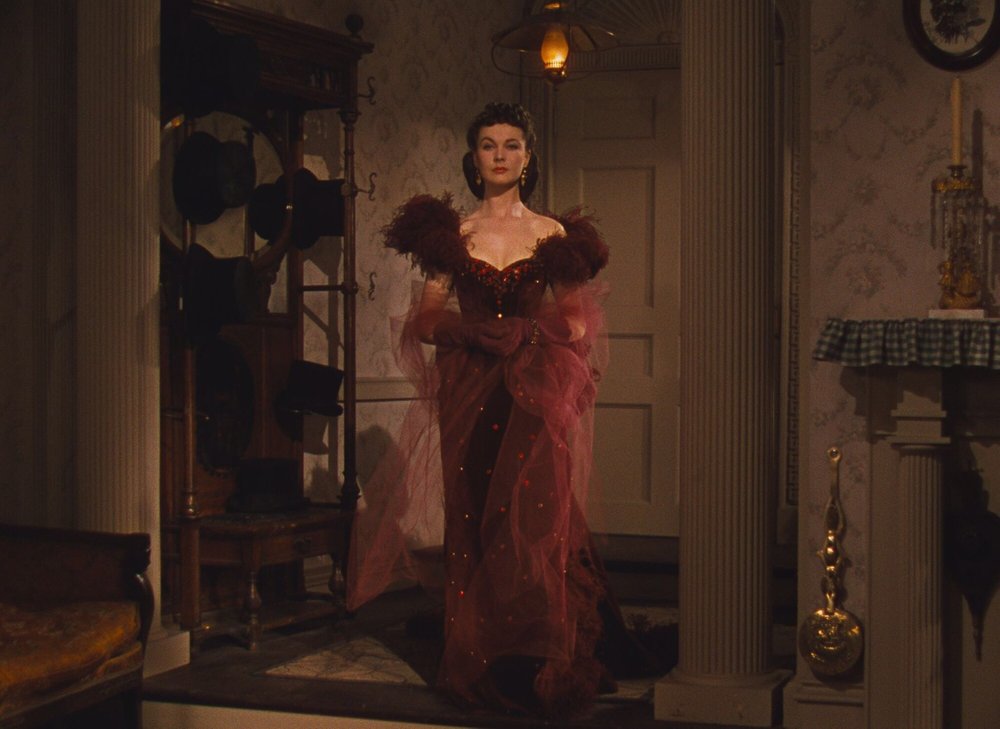 Surprised we could get dinner on a rare super busy night, we had the filet and prime rib special. Filet was delicious and I liked how they prepared the char... 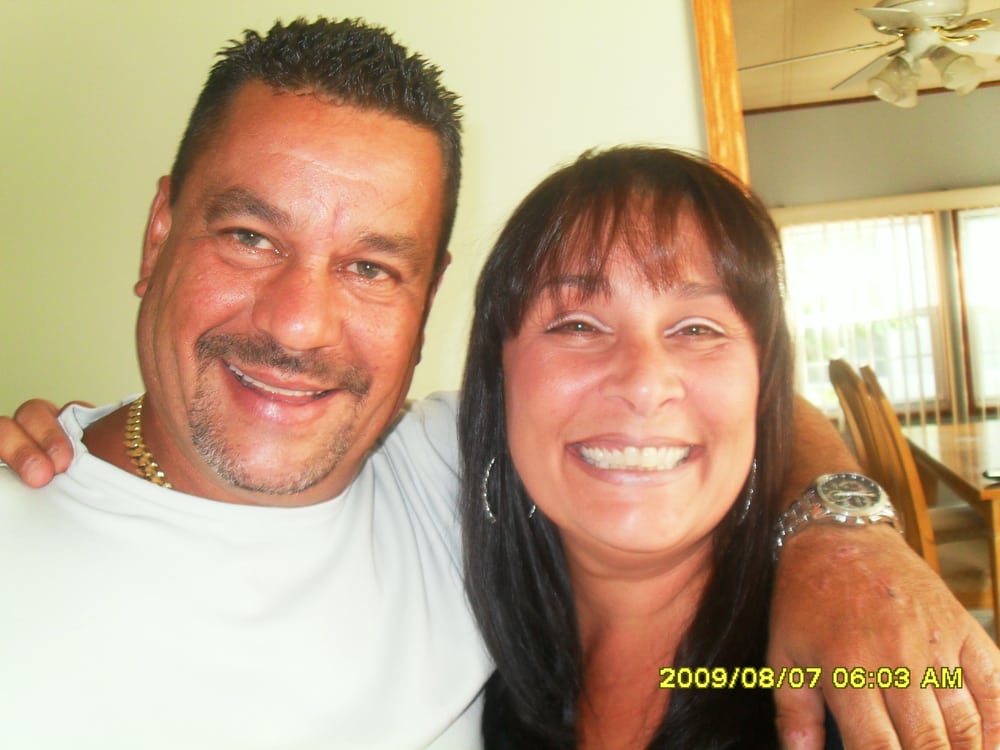 This restaurant was superb. We were 4 for dinner and all of us were extremely satisfied with the service, the excellent wine selection and each entree'....