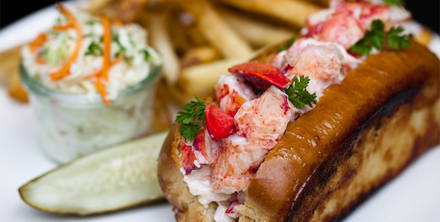 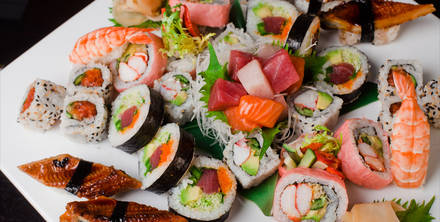 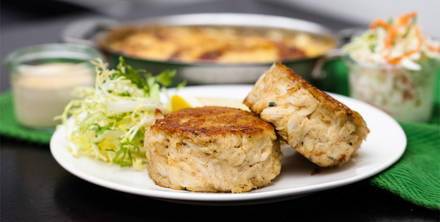 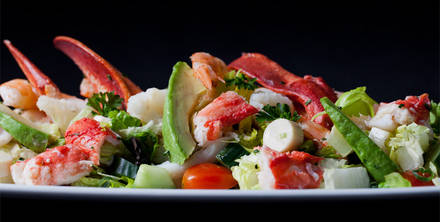 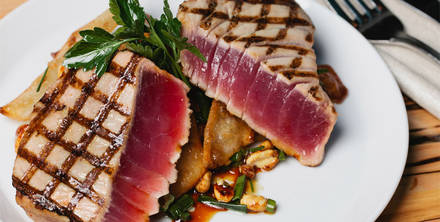 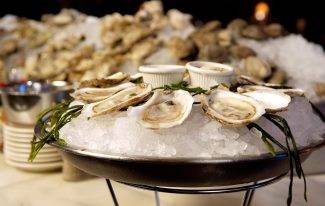 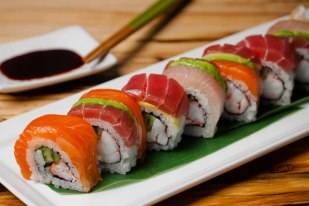 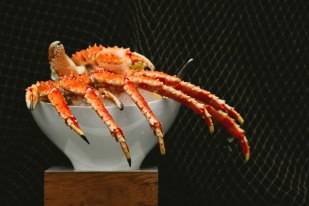 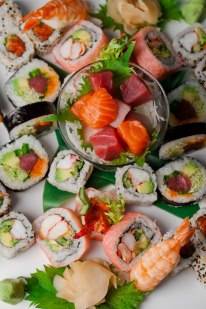 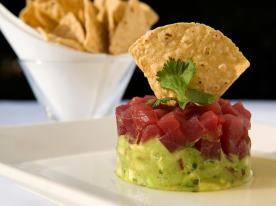 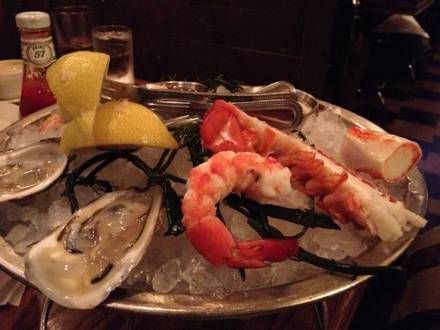 Lettuce Entertain You Enterprises, Shaw’s Crab House evokes the sense and the scene of the traditional 1940s fine dining space (in their big room) as well as the more nitty gritty oyster house (in the Blue Oyster Lounge).

The main dining room of Shaw’s Crab House is described in “Crain’s Chicago”:

“…masculine maroon and a clientele to match, with plenty of suits. Tufted leather banquettes, white tablecloths and wood paneling sum to a ritzy last-century look, actually last renovated in 2004-05. The look comes off chic, a word it's refreshing to divorce from "industrial" for once. The soundtrack comes from the pre-rock-'n'-roll epoch of Ella and Sinatra, feeding the illusion that the restaurant predates its actual opening. Formal, adept service and scattering seated parties create a client-friendly atmosphere.”

Meat selections are focused on a few excellent preparations. Parmesan-crusted chicken is how you make this ubiquitous bird interesting, but there’s also a 14 ounce strip steak in béarnaise sauce or a 10 ounce filet mignon in your choice of béarnaise, horseradish blue cheese crust, or Oscar style (what that is, if you don’t know, is a combo of béarnaise, asparagus and crab cakes, which seems the right way to go at Shaw’s Crab House – which is really mostly about fish and seafood). As explained in “Fodor’s Chicago Traveler Guide”:

“Shaw's is, hands down, one of the city's best seafood spots, and though it's held an exalted position for years, the restaurant doesn't rest on its laurels. The kitchen stays on track, turning out famed classics like silky crab cakes and rich halibut from a menu that's been updated to also include sushi, maki, and fresh sashimi selections. The seafood salad served at lunch is big enough for two. Lunch, by the way, is rather a bargain, with well-priced entrées and $1 desserts. The restaurant does have something of a split personality, with a clubby main dining room in nautically themed loft digs as well as a lively exposed-brick bar where shell shuckers work extra hard.”

If you’re not an oyster person, but have been wondering if you should maybe give the sea creature a chance to please you, you will probably not find a better place in Chicago to have your first oyster than Shaw’s Crab House. With a rotating menu of twelve fresh oysters, usually balanced between brinier East and more mineral-rich West Coast varieties, Shaw’s Crab House gives you a chance to try a lot to see if just maybe you actually like the oceanic smack of these miraculous little creatures. If, after visiting Shaw’s, in either the main dining room or the Blue Crab Lounge, you don’t find an oyster you like, then it’s confirmed: you don’t like oysters and maybe you never will. Serving some of the best oysters in Chicago, Shaw’s Crab House is the acid test.

In the many years we’ve been visiting Shaw’s Crab House, the menu has not changed much at all. They did, however, start serving sushi and sashimi sometime in the 90s (they now even offer “vegetarian sushi), and although they’re clearly not working in the Japanese tradition, they do a great job with their presentations of raw fish at its most elemental, pristine and delicious.

Shaw’s Crab House really shines when they do the big preparations, such as the two and one half pound whole Maine lobster or the crispy whole Florida red snapper. Red Snapper is not a fish you can trust at any seafood purveyor; it is one of the most counterfeited fish in the world; but at Shaw’s Crab House, a restaurant of indisputable integrity, you can be sure that if the menu says red snapper, it’s red snapper that’s going to be on your plate.

For a place that tries to be the best at what they do, it’s not surprising that Shaw’s Crab House has an extensive beer list and a very capable cocktail staff who can make the classics as well as signature drinks. Their wine list, of course, is extensive and designed to work with any menu selection and budget.