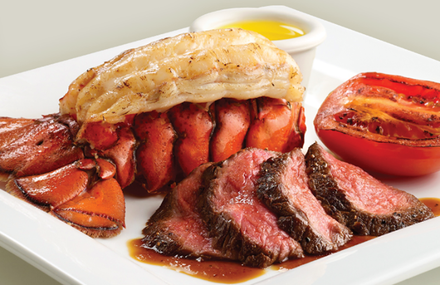 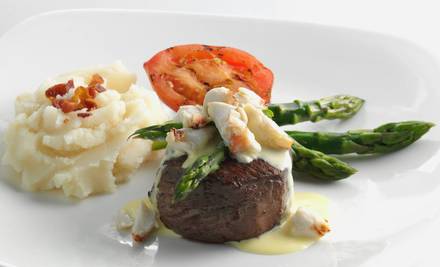 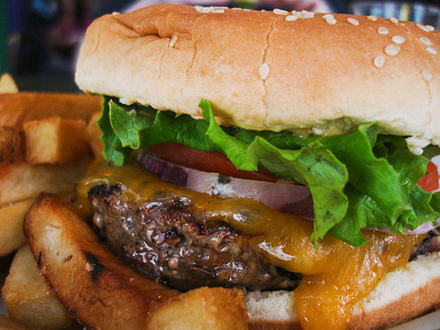 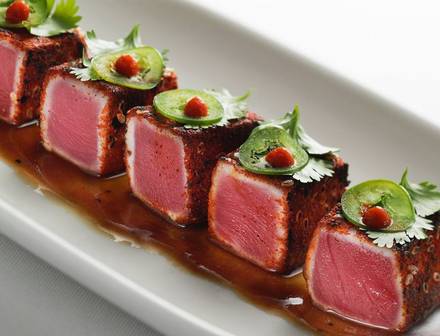 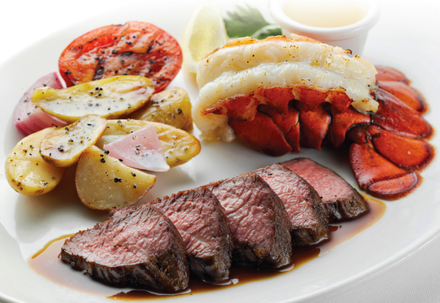 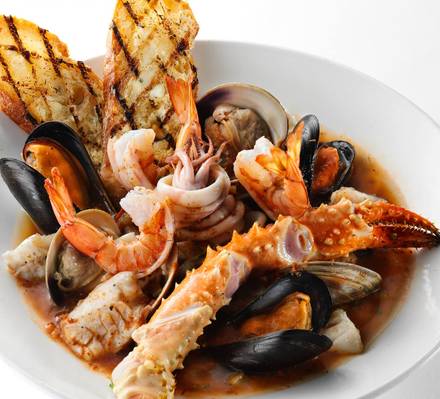 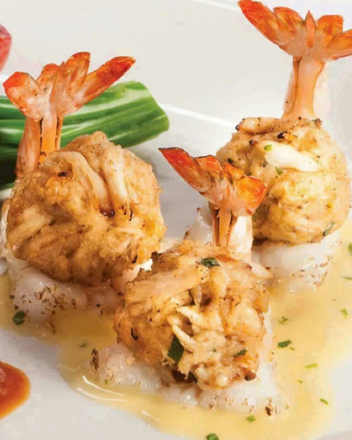 The Wacker drive location is an easy shot from the theater district, Millennium Park, the Magnificent Mile, or wherever else you might find yourself strolling when you’re downtown in one of the great cities of the world. Once you’re inside, McCormick & Schmick’s offers a comfortable, quiet respite from the crowds of people outside, many of whom are likely also trying to figure out where they should eat. Lucky you: you already know and you made a great choice.

The Oregon-based chain has long been a destination for downtown diners, with a seafood selection that easily outpaces most of its downtown competitors. “The ever-changing menu,” wrote John Norris of the “Chicago Reader,” “features mostly seafood, flown in daily from around the world and ranging from the mundane (sole and whitefish) to the unusual (thresher shark) and including everything in between (Alaskan halibut stuffed with scallops and crab, California sea bass with papaya-mango salsa).”

Fresh oysters are a treat for our mostly-landlocked local diners, with both East Coast and West Coast options available. Enjoy their briny sweetness raw, or get them Rockefeller’d with spinach, bacon, Pernod, and hollandaise. After that, you may find yourself feeling like Don Draper three Scotches into a working lunch.

Appetizers are entirely seafood-focused, including mushrooms stuffed with your choice of crab or shrimp, then baked or fried and served with an Old Bay cream sauce. There’s also fritto misto, coconut shrimp, seared ahi, and a pepper jack/bacon concoction known as “Shrimp Kisses.” All seafood is served in just about any way you can imagine. Presumably, even the bread basket has at least been walked past some ocean life.

The service has also been noteworthy for diners, including Norris. “In my experience it's been professional, knowledgeable, and attentive,” he wrote. The soup selections (clam chowder with potato and bacon, Maine lobster bisque) span the map from New England to, well, a slightly different part of New England. For greens, go with a chopped salad studded with chunks of bacon and blue cheese, a Cobb salad with lobster, bacon, and avocado, or a cool summer salad with fresh mozzarella and heirloom tomatoes.

One of the chain’s unique aspects of the seafood selection at McCormick & Schmick’s Seafood and Steak is that they rotate their fish offerings, which are sourced directly from the daily Honolulu Fish Auction. When you’re dining in the former Hog Butcher to the World, a tender, well-seasoned forkful of bigeye tuna or shutome (Hawaiian swordfish) can be a bracing change of pace.

The regular seafood offerings are just as impressive, with the signature selections including almond-crusted rainbow trout, bourbon-glazed salmon, and blackened mahi mahi. The specialty dishes show a mix of preparations and technique, like frying (classic fish and chips), searing (sea scallops with crab and potato hash), and cheese-blanketing (shrimp and andouille mac and cheese). Or just mow down an entire pound of Alaskan king crab legs with potatoes and a moat of butter.

But why choose? Try a mix of seafood to make the undersea denizens truly fear your name. Get a trio of shrimp stuffed, buttermilk fried, and scampi’d. Have crab, salmon, and stuffed shrimp in a variety of preparations. And, of course, where would we be without our friend surf ‘n turf? The world is your oyster, which, as we noted, you can also have several ways.

The quality of the steak more than matches the seafood. Filet, sirloin, New York strip, and both center-cut and bone-in ribeye steak: your old friend the cow is there for you, even in this largely seafood palace. The kitchen gives you the option of foie gras butter, au poivre, truffle butter, and Boursin blue cheese to finish your steak.

The American Kobe Style Burger deserves special mention. This beautiful patty is umami-enhanced with mushrooms and fontina cheese, then it’s bumped to the next level with onion aioli, a fistful of delicious flavors and a hamburger you really cannot pass up.

Conveniently, McCormick & Schmick’s Seafood & Steak is Riverwalk-adjacent for a nice post-dinner constitutional. You might want a long one when all is said and done…and eaten. 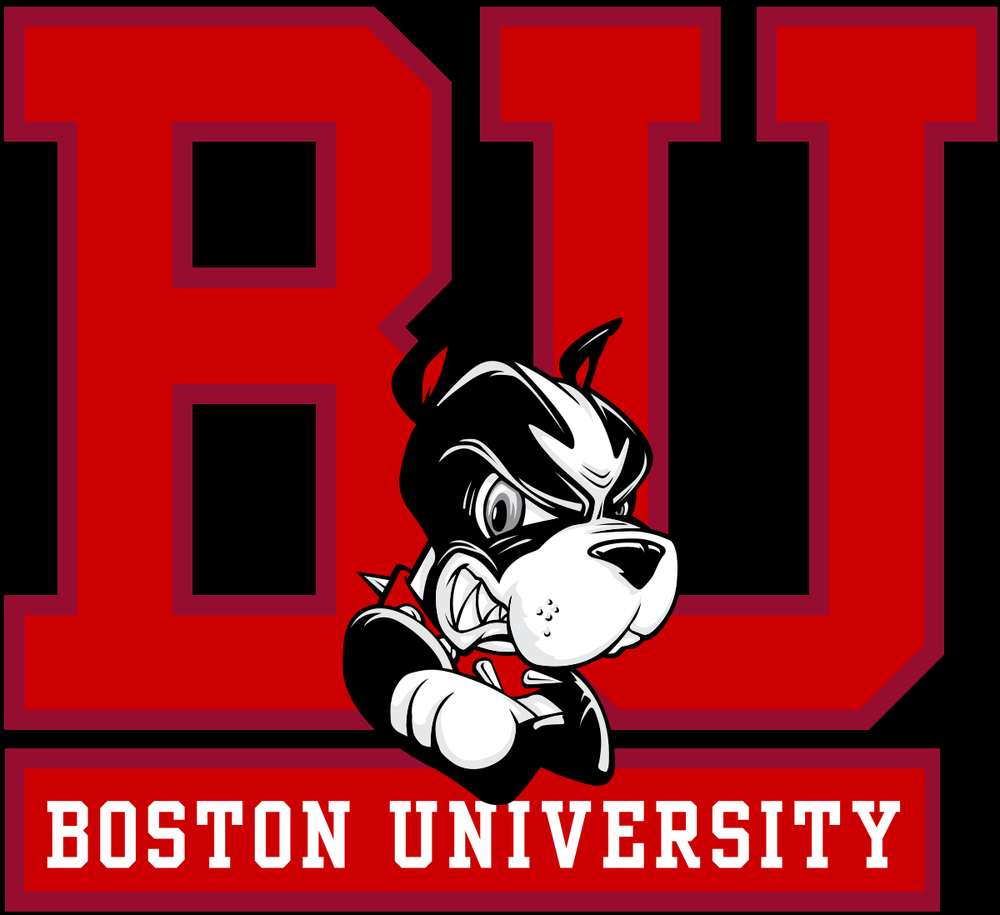 I had lunch here last week with some people I work with. We were seated promptly (we had a reservation). Our server was really nice and the restaurant is...

Made a reservation and they did not acknowledge it when we got there. No issue, they were able to seat us. Went all downhill from there. Waited 1/2 hour for any service. When we were finally served, my undercooked salmon went back and they returned it 10 minutes later saying it was cooked just fine. Made a mistake trying this place. We’ve had amazing food and service in Chicago and this place does not compete.

The bar area during their 3 hour long "happy hour" is well worth a stop and very affordable, including refreshing options like grilled Ahi Tuna or traditional options like a good cheeseburger for only 10 bucks. Dinner here continues to impress with the surf and turf quality since the 1970s, but be prepared to pay at least around 35 to 60 a person. This is in the theater district of the loop. So grab a glass of wine and something delectable here first before your next Broadway in Chicago affair.

Have been coming here for Happy Hour (3-6pm ?) and/or dinner for years! The quality of the food is consistantly superior! The menu for happy hour is creative and very reasonably priced. Outstanding cocktails ($9 for a martini $6 for beer). The service is fast & professional. Great place for conversation w/friends or strangers. Let's call it refined. Dinner menu (they specialize in seafood) makes you want to have it the minute you put your order in! Give it a try. It's why we keep going back. 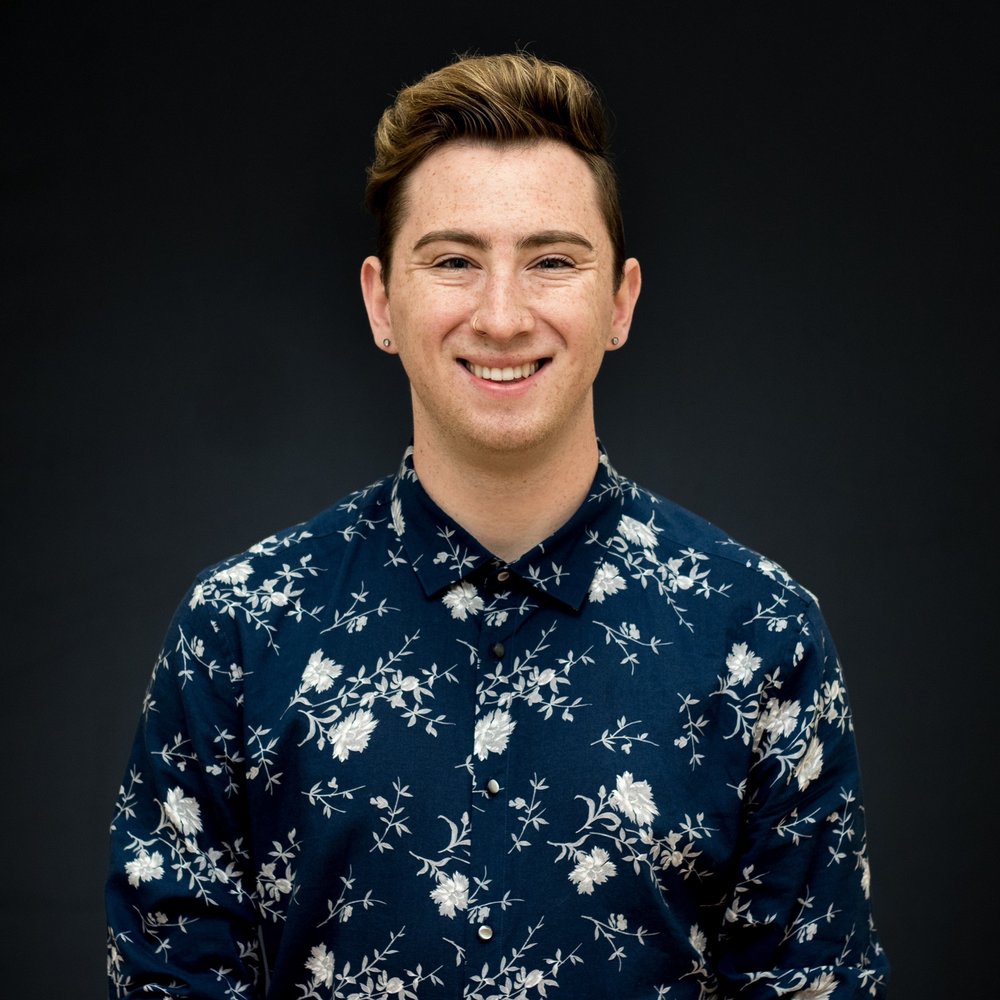 So, we started with the host letting us know that our waiter, Maurice, was "the best in the world." That proved to be far from the truth throughout the...

The food was very delicious and the service was great. Wonderful location as you’re able to see a lot of the beautiful Chicago architecture along the Chicago river. My only reason for not giving 5 stars is that the decor seems very old and outdated. Other than that, I enjoyed myself.

Stopped in for happy hour and loved the food. Service was nice too! They didn’t really have any drink specials but when you get a drink, you’re able to purchase a pretty wide variety of happy hour specials on food, ranging from $4-$10. Great spot to stop in and their general menu looked great as well.

We really enjoyed McCormick & Schmick's this past Friday night. The interior is inviting, comfortable, and classy. The food (I had the Crab & Shrimp Stuffed Sixty South Salmon) was excellent! My daughter had the Herb Grilled Chicken which was also excellent. Really no complaints – our server Mark did a great job all around. 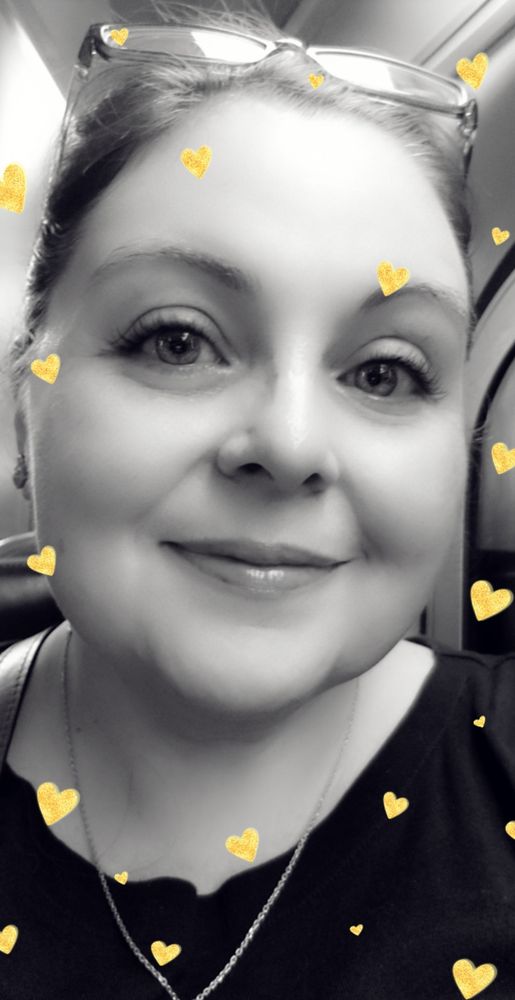 My friend and I always go to McCormick and Schmick's for restaurant week. It has become our little tradition. I have always enjoyed my meals here but this... 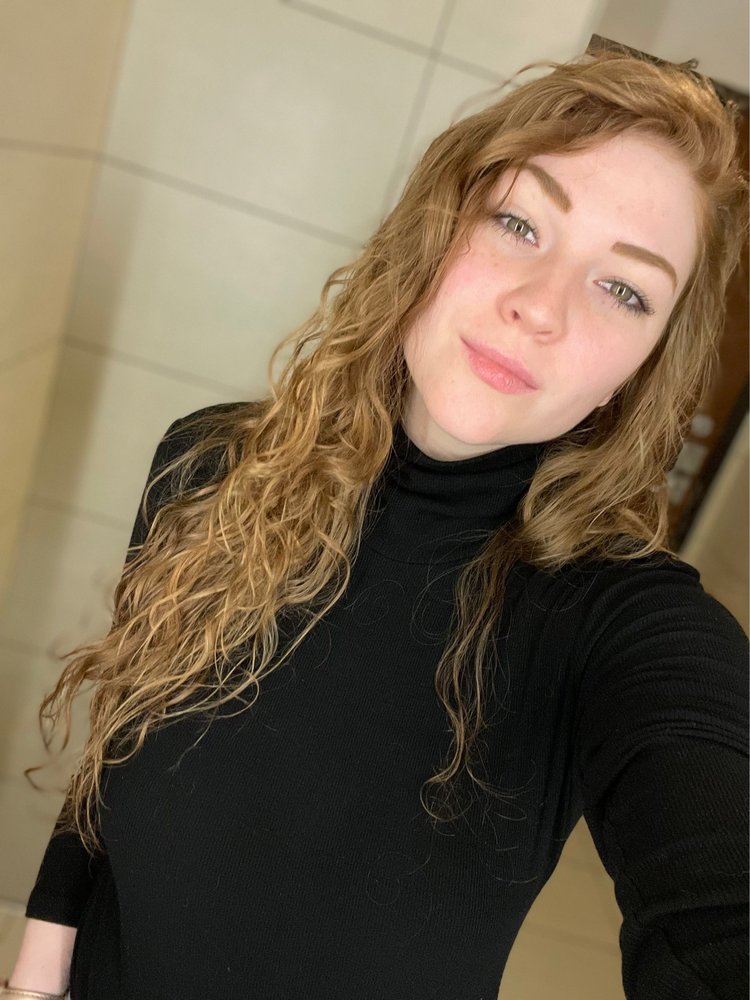 i hate leaving negative reviews but I'm honestly appalled at the experience we had here tonight. our server, Stephen, took 20 minutes to greet us. he said...

Stopped in for happy hour and loved the food. Service was nice too! They didn’t really have any drink specials but when you get a drink, you’re able to purchase a pretty wide variety of happy hour specials on food, ranging from $4-$10. Great spot to stop in and their general menu looked great as well.

Came in day after dying the river green on a Sunday; pretty dead. Only 2 people working as some people called off from celebrating the festivities of St. Patrick's day the night before. Frankie is a bomb Manager or owner ( not sure) and he really took care of us despite the call offs. There was a little wait on drinks and food, understandably so but everything was delicious. For anyone looking for a job, totally work here! People seem nice and Frankie still had a positive attitude despite being super short staffed. Will definitely come back just for the vibes. 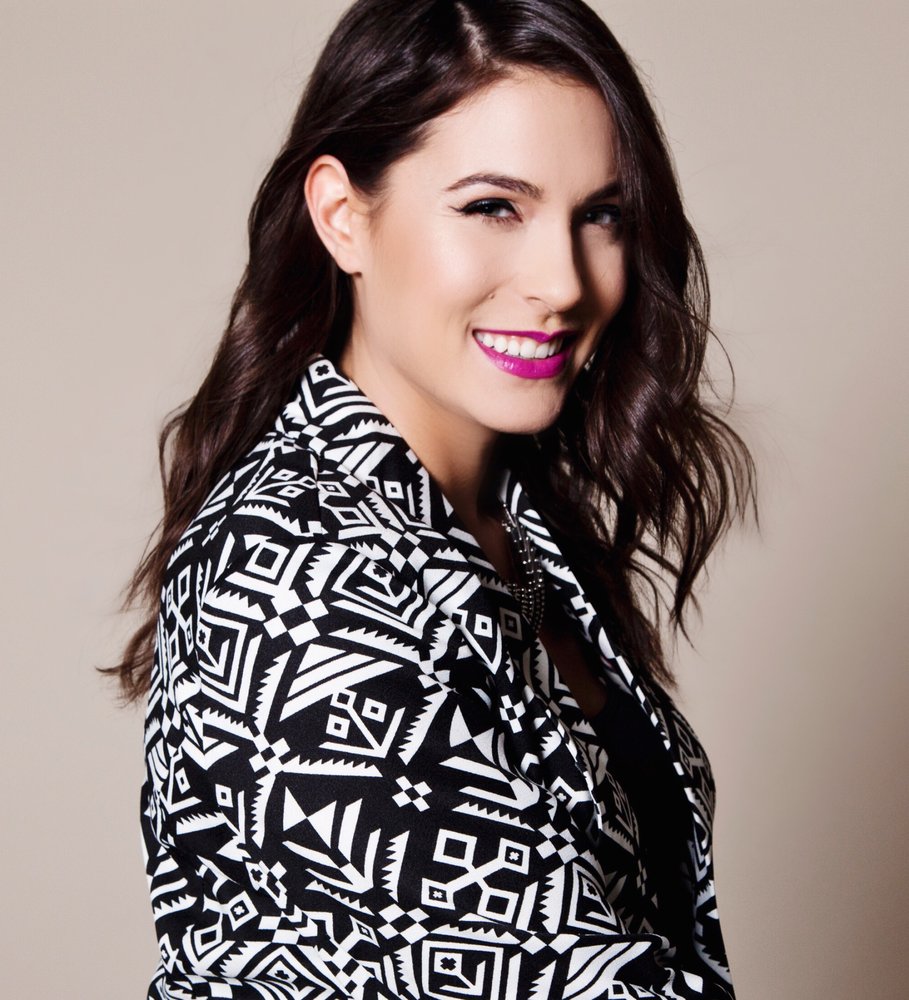 A big shout out to Frankie, Diego and Natalie for their stellar service on Christmas Eve 2021 for myself and my family! You made our night! Every year, my...

Its very good! But a over priced...