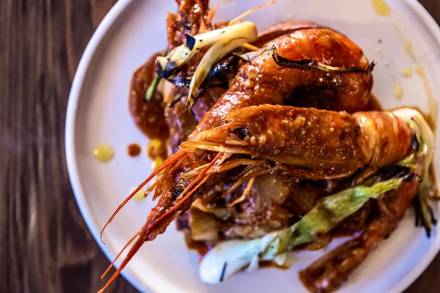 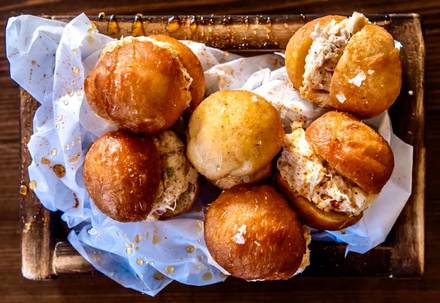 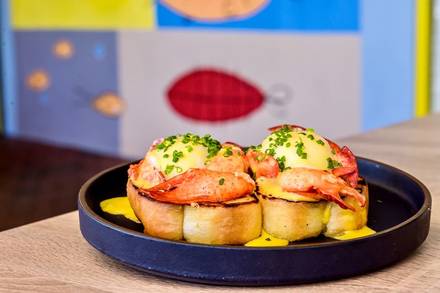 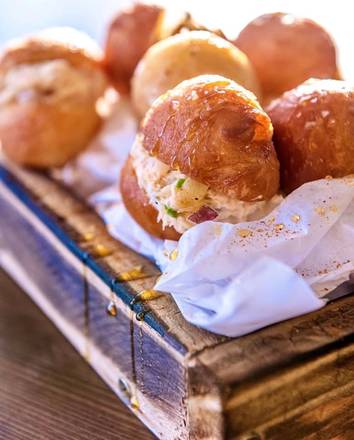 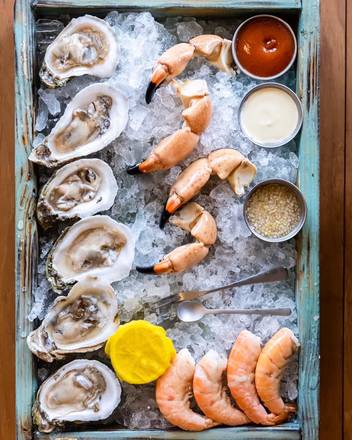 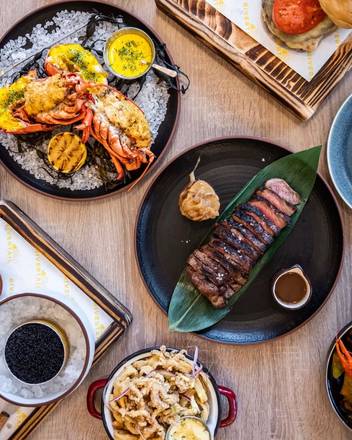 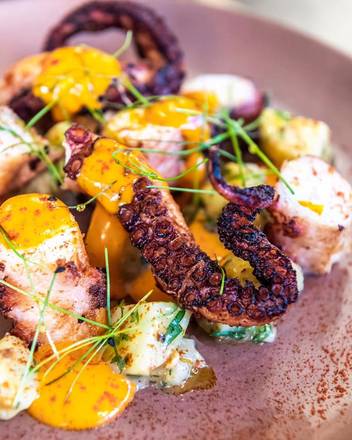 The crab donuts were immediately a big hit when Rivertail opened in late 2019. The newest concept from restaurateur and James Beard-nominated chef José Mendín, it showcases seafood with chef-driven accents. Wharf Fort Lauderdale, a entertainment and dining hub that also opened around the same time, is its next door neighbor.

Rivertail is situated in the former home of an Irish pub, and by looking at it now, you'd never know the latter ever existed. The space has been re-imagined with a vibrant, clubby layout that includes indoor and outdoor bars, lounge areas and communal seating.

A raw bar has also been added, offering the illusion of a "restaurant within a restaurant." Here, guests may indulge in West and East coast oysters, Florida stone crabs, ceviche or the signature raw platter that brings them all to you at once (plus Maine lobster).

But back to those crab donuts. They're on the "snacks and such" menu alongside other shareable bites like oyster Rockefeller dip, wagyu beef tartare and Buffalo-style sweetbreads. The donuts are miniature and topped with spicy honey and sea salt.

For those with larger appetites, there's plenty to eat for those who wish not to share. A signature burger is topped with "Miami Smokers" bacon. There's a Bahia-style seafood stew filled with cod, shrimp, mussels, clams, calamari and more. And steak offerings are a 10-ounce skirt steak and eight-ounce filet.