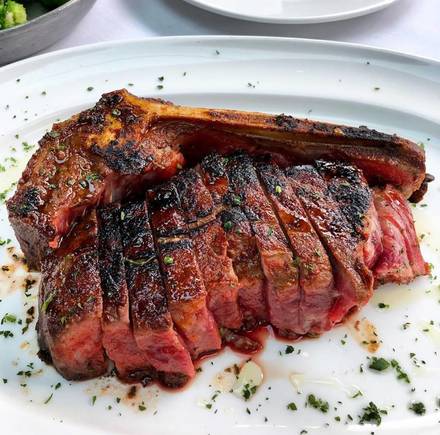 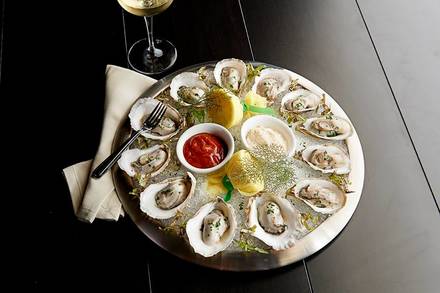 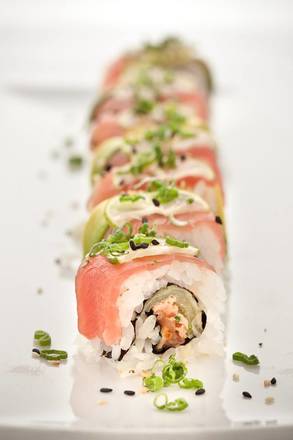 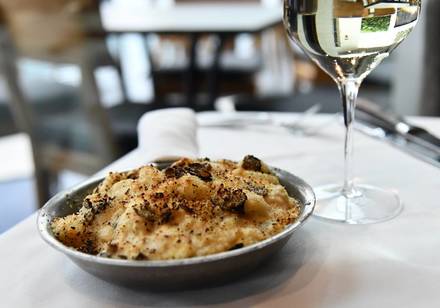 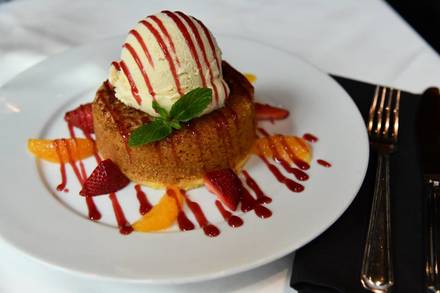 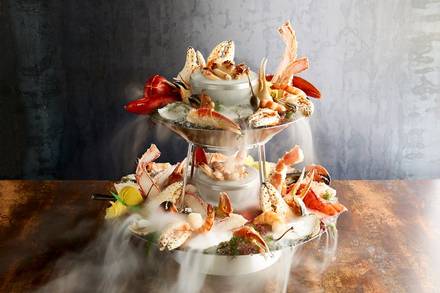 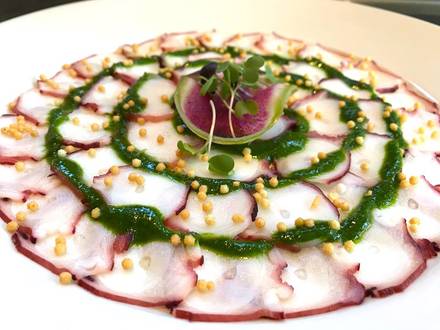 Celebrated my birthday there and it was wonderful! The setting on the water was serene. The staff was especially attentive and even became our photographer for the evening. The drinks and food were not only delicious, but displayed beautifully. It was a great experience.

Everything was great. Great service. Good Caesar Salad. Very generous portions of side dishes. Mac & Cheese was amazing, Creamed Corn left something to be desired. Butter Cake was phenomenal. Only complaints are that the bread service is $5, and most of the bread was rock hard. Will probably pass on it next time. Also, it was early evening in the middle of the week, and we were there on a date night, and the hostess for whatever reason decided to seat an EXTREMELY loud party of 6 right next to us, literally the closest possible table to us, even though the entire dining room was empty, with the exception of one table that had just one person seated at it (even then they were a few tables down). Obviously if it was a weekend or snowbird season it’d be a different story, but like I said, the entire dining room was empty so if you see two people having a quiet dinner together, it makes absolutely zero sense to seat a large party directly next to them. Either way, we will probably be back in the future and I definitely recommend coming here.

Went Monday for my birthday and had such a great experience!!! The waiter Luis was awesome!!! Literally made us feel so welcomed & was always making sure we were okay!! The food was so good and it was a lot! The other bus boys were also awesome!! The view was amazing and the drinks were too. Def would come back when i visit again

Mastro's was excellent! It is a beautiful restaurant, off the water. Their service is excellent and they had live entertainment. Their chef did a masterful job preparing the steaks and the wait staff was very attentive. The personalized menu for the occasion was a nice touch. It is not cheap, and they have a hefty corkage fee if you bring your own preferred bottle of wine. But I would certainly dine there again. It seemed like all of the guests were enjoying the restaurant.

The experience was really good. Bring a flashlight or phone to make sure you can read the menu, it's dark up inside there. My server service could have been better however the server from the next table over certainly interacted with us and made the experience memorable. The food was real good and side were large portions - enough to take home. I will certainly be back for another special occasion.

Melanie was our assistant server last night. she was amazing & was always close by so we never had to wait to ask her for any assistance. The ambiance was nice, the drinks were delicious and so is the Lobster! I would definitely recommend. Ask for Melanie when you go! She’s super professional and made our first experience even better.

This restaurant was amazing with amazing people. Everyone was very respectful and helpful. It was me and my husband first time and when I say they know how to take care you they definitely do. We didn’t wait long for anything our waitress gabby handled everything on making sure we were good. It was my husband birthday and she made it very special so y’all give that girl a promotion she definitely knows what she’s doing. Also the food was amazing and the seating was perfect right by the water. We will definitely be back !!! Keep up the good work guys ☺️

It was a birthday celebration and a beautiful day to dine at Mastro's! We sat next to the intracoastal overlooking the water and watching the boats pass by. Cameron was our server on one occasion and he was excellent! Well detailed and provided 5 star service. We thoroughly enjoyed all of his recommendations from the appetizers, entrees and the drinks! I loved the scallops appetizer, they just melted in your mouth along with the warm toasted garlic bread. Also, you definitely have to try the warm butter dessert, delicious!! Lobster mashed potatoes is a must have side dish and well worth it! Overall, an amazing dining experience!

This place is a must! Their exquisite food, environment and service makes you feel like royalty. If I am looking to a great dinner this is my spot. Their menu is board and flavorful for everyone to choose from. After a great dinner a delicious dessert at Mastro’s really is the cherry on top. (Great staff, valet, on the water, full bar)

Best table in house on water’s edge watching the sun go down. Food was delicious. Halibut and Chilean Sea Bass grilled to perfection. Service by All employees was exceptional and personable. We had the pleasure of having Charlene as our waitress. We will be back!!

This was a bizarre dining experience. There were 6 of us seated during a not busy time. We sat at our table for 5+ minutes before we were acknowledged by a passing waiter carrying a tray of drinks for another table. "Hey guys, I'll be back in a minute with menus" he said over his shoulder. We finally got menus and ordered without any problems. The drinks were prompt, and everything was good. When our food came out, the food runner said, "Who had the chicken?" and everyone at the table had to claim their dinner. The food was good but it was strange that the level of service was like a casual pizza restaurant, especially considering the high end price points. Our tab was over $1500 and I expected a more polished level of service. It wasn't busy and there were staff standing around, so it can't be blamed on being understaffed. I wonder if any training is given in what should be an elegant dining experience? The waterside setting is stunning but for the cost, the experience was a major disappointment.

My boyfriend and I recently dined here while on vacation. We didn’t have a reservation, but luckily the restaurant was able to accommodate us immediately. Our waiter, Tyler was beyond wonderful! He made us feel welcome and like we were celebrities. The lobster mashed potatoes was the highlight of our evening! We have occasionally dined at other Mastro locations in the past and this was by far the most superb service we have ever received! So handsome, knowledgeable and sweet. Thank you to both the chef for creating such a fantastic meal and Tyler who provided and exceeded any service we have ever received at a Mastro’s. Thank you to Mastro’s and Tyler for making our date night incomparable to any other!

To all who may be considering this Fine Restaurant....Do Not Delay!. I cannot begin to tell you how pleased I was with service I received from the moment i walked in. AMAZING! I planned this event weeks out and everything was followed to a tee..! NO COMPLAINTS....I had to personal speak with Management and inform them of how pleased i was. Now moving on to the dining experience. . 5 Stars !!! The food was very flavorful , so much i had to personally thank the chef, the ambiance is very classy.....don't wear jeans, flip flops and tank top people..! Not to this place.

We had group of nine & we all raved about the food. From steaks to fish seafood. It was al delicious and prepared to perfection. Then there's the Butter Cake! You will never forgive yourself if you save room for it! Our service a impeccable.. you must go! Cali, Fl, Vegas all excellent.

The best in service and quality you can find in a steak house. Did I mention that the service is really good? And to make sure you walk out of there ready to blow order the butter cake for desert. Oh and you can dock your boat and eat on it.