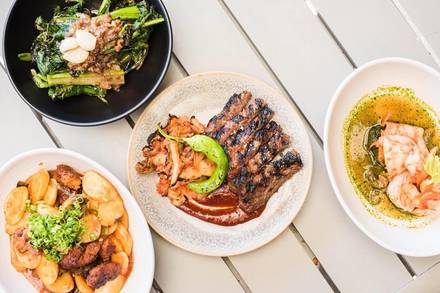 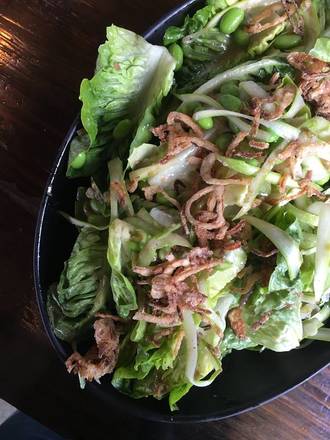 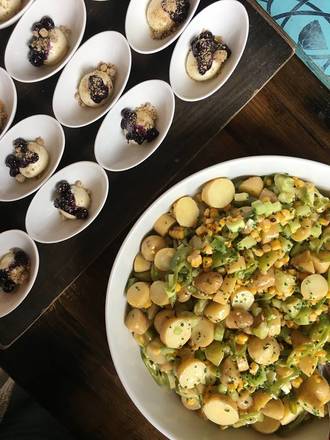 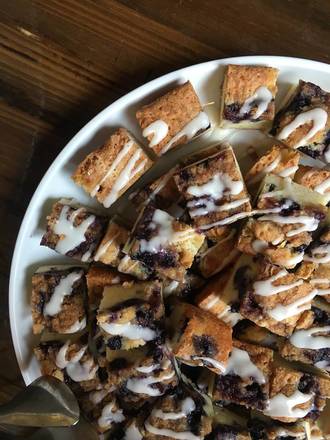 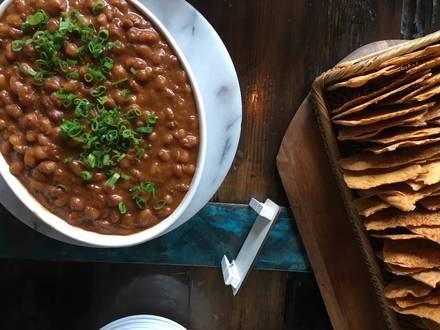 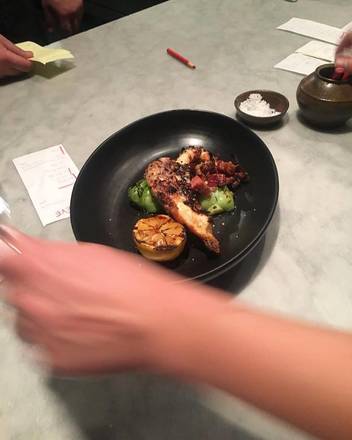 Joule has had quite the life since opening in 2007. It was originally conceptualized as a modern Korean eatery, then switched to a contemporary Korean steakhouse concept in 2013. That change garnered the attention of Bon Appétit magazine, which named it one of the "Best New Restaurants in America."

As the new and improved Joule, the concentration is on serving non-traditional cuts of beef such as prime Bavette steak, Wagyu hanger steak and grass-fed rib eye. Each comes with offbeat ingredients--for the Korean influence--from spicy peanut oil and grilled kimchi to truffled pine nut and smoky pineapple.

Those looking for dinner options beyond meat may choose from the likes of geoduck fried rice, chilled sesame noodles and crispy eggplant accompanied by pickled garlic and black bean sauce.

Joule's "power hour," a.k.a. happy hour, is a chance to check out the scene at this slickly designed restaurant. Diners may settle in at the bar or at the communal table and nosh on the kalbi burger, Chinese broccoli enhanced by walnut pesto or a steak salad. That occurs 5-6pm Monday through Thursday.

Joule’s brunch features a monthly rotating themed buffet to enjoy along with a choice of dishes from the menu. The $19 cover includes buffet and one dish from the kitchen. Choices include French toast; grits with shrimp, Chinese sausage, brown butter and ginger; a sesame waffle with chicken fried steak; and steak and eggs.

Cocktails at Joule are original and inventive. The menu changes often, but the Asian theme is always intact, featuring exotic ingredients to match small-batch spirits. For example, there is the Jalisco Campfire, a spicy concoction made with tequila, lapsang souchong tea, agave, Thai chili and lime.

There are also a number of locally produced craft beers on offer. They originate from California, Oregon and Washington.