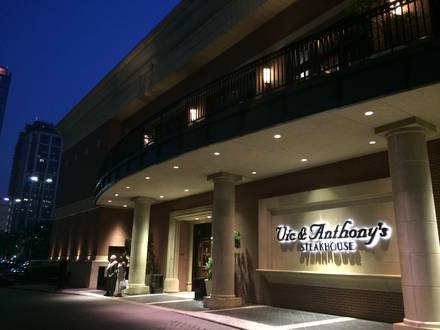 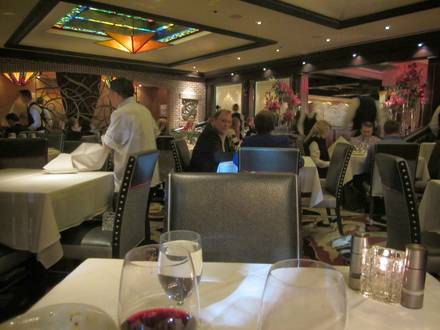 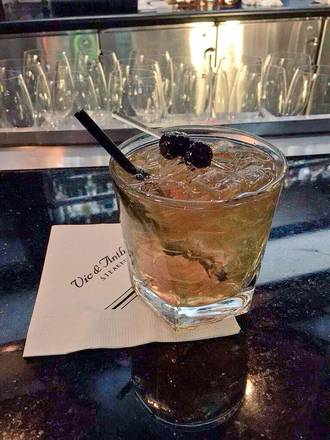 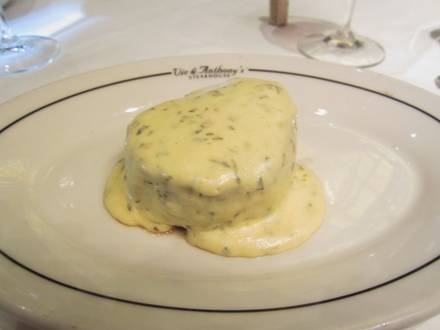 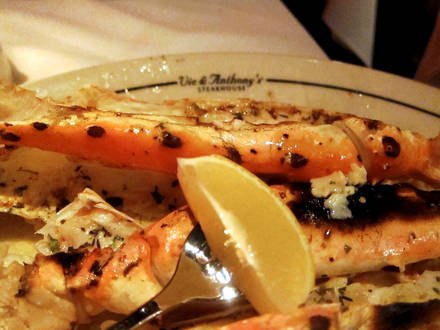 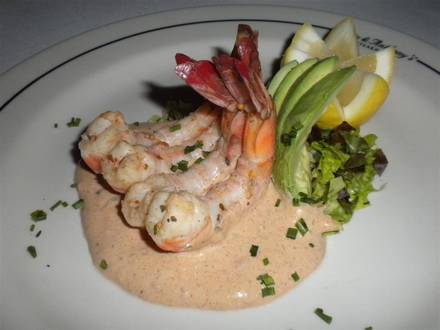 Vic & Anthony's Steakhouse is as classic as a steakhouse can get. The location in Houston boasts an elegant, yet intimate atmosphere, created with an undeniable attention to detail. The award-winning menu features some of the finest prime beef in the country, fresh seafood as well as an extensive wine collection.

My experience was through a dinner party. Everything I had was cooked and prepared to exceptional perfection! The staff was exemplary! I have to honestly say, I have never had a crab cake cooked and garnished to such perfection. All my food was at the correct temperature and tenderness. Excellent experience! Wonderful venue! 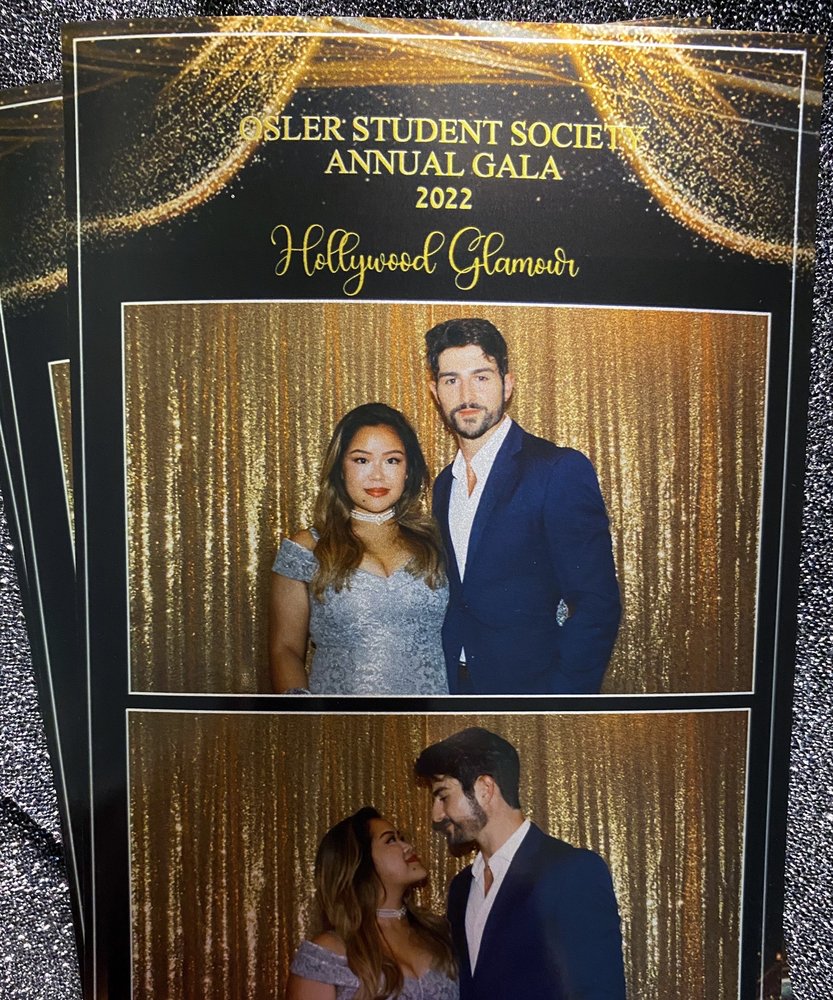 Ambiance: perfect for a Texan steakhouse, rustic, a little bit dark. Only suggestion would be to add a bit more light to the bathroom. Food: overall,... 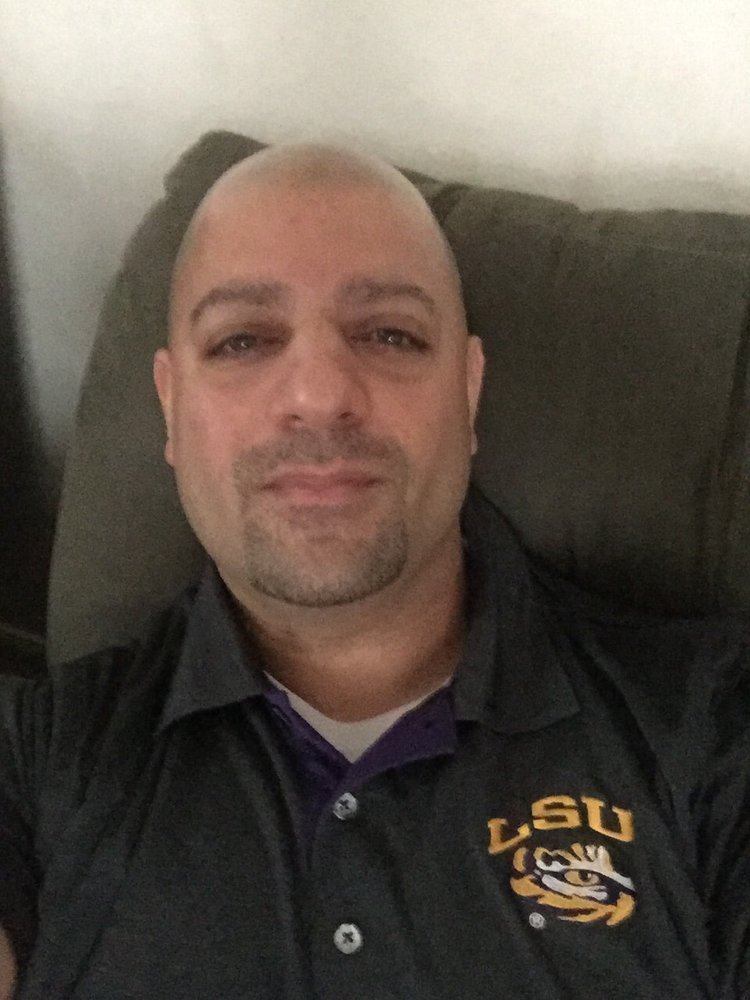 By far my favorite restaurant in town. It's not cheap so I don't come here weekly or anything. Was here on my birthday, 6.18, and walked over from the... 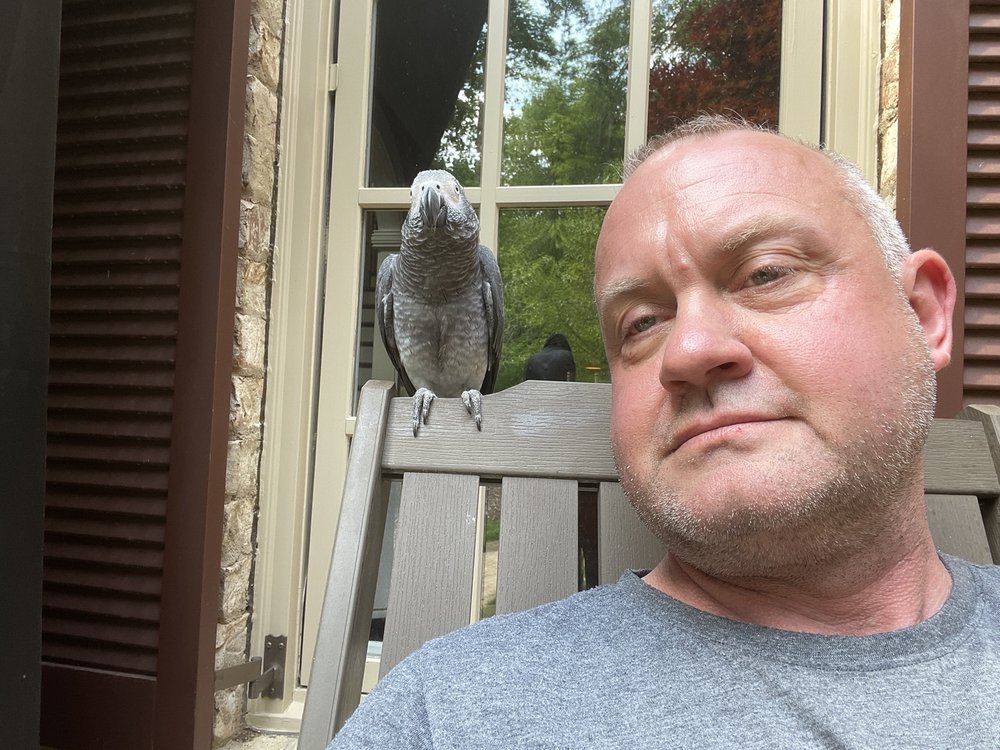 Fantastic in every way. Hosted clients in town for the NRA show. One of my guests could spend $10,000 on each of three meals a day and was very impressed... 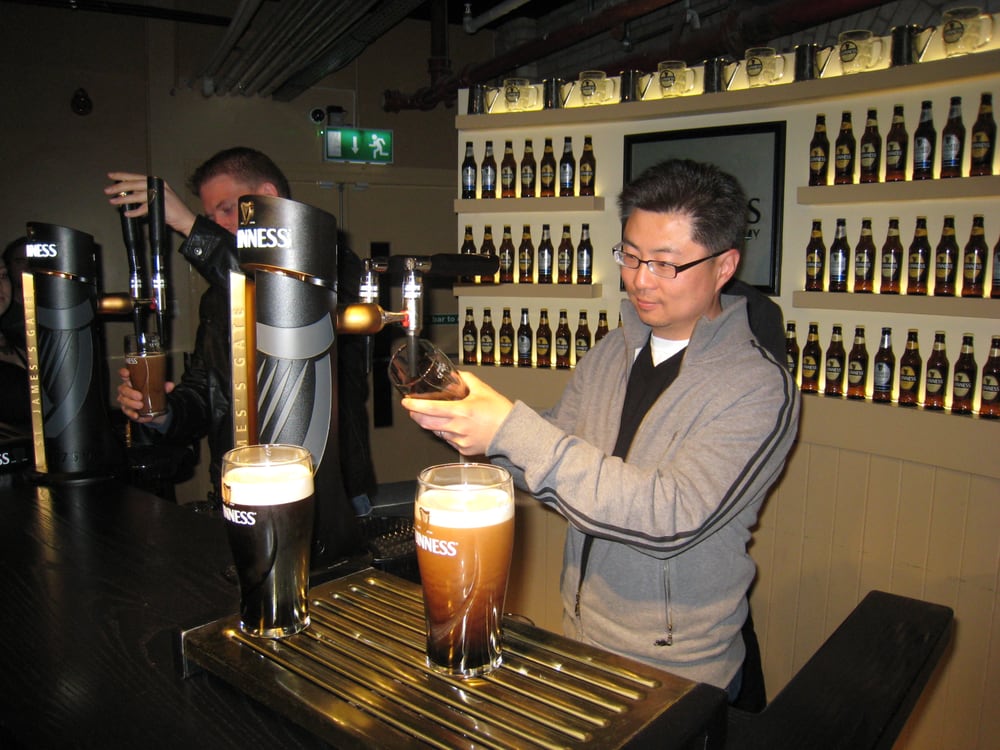 We had an excellent meal at Vic & Anthony's. Ribeyes were cooked to perfection and were extremely tender. They had some excellent Pinots in their selection...

In my opinion better then Ruth Chris, Fogo, Hibachi, etc! There was a live band, friendly customer service, fresh food and food came out in a reasonable time frame. Our table was in view of the kitchen! (I love a view of the kitchen). The waiter was on top of his A Game with the food, drinks and desserts! Everything came out in a reasonable time frame. We didn’t have to wait for anything longer then 15 minutes. The car service was excellent. They parked the car with no hassle and the car came back with no scratches/dents. Everything was accommodating to our wants and needs. (It was my bf birthday and they wrote Happy Birthday on the plate). Desserts were a nice portion size and fresh. The drinks are grown, sexy and strong!

The slightly dirty martini made by the bartender with Hendricks Gin and jalapeño was out of this world. The crab cakes for appetizers were out of this world. The steak I ordered was perfection! The staff here are really awesome and have more than proficient knowledge of the menu and customer service! I look forward to my next visit!

First off let me just say was one of the most enjoyable meals and experiences by far that I've had in a very long while. Normally easily 5 stars, but considering how I felt afterwards had to knock a star. The ambiance was very top tier, service was extremely attentive and very accommodating, and the selections were more than adequate for experience. Hoping it was just a one off time that left me feeling not so hot after but enjoyed the meal and time spent here. Definitely recommend.

Attended a friend's birthday party here on a Friday evening. A party of 10. The food was all delicious. We all had steaks and they were all cooked to perfection, tender and flavorful with the exception of one. As one of the guests in the party proceeded to explain that her steak was overcooked, the waiter grabbed her plate, without a word. Interrupting her in the process. We all thought that to be extremely rude. Service was prompt to the point that we felt a little rushed. Our waiter was very hurried, which I can understand when you're trying to attend to a large table but he also needs to remember that people come there to relax and unwind and not feel like they are just a number to be served as quickly as possible in order to get in and out. If you have a large party, all members of the party are required to spend a minimum of $80.00 per person, which I thought was peculiar but whatever. The one thing that we did not care for at all and would keep us from coming back here as a large party is the fact that they will not split up a check. This is a minor convenience for the restaurant but it is a huge inconvenience for the customer. We all had to bring cash and then spend 30 minutes at the end of the meal trying to figure out how much each person owed which is not what you want to be doing when trying to relax and enjoy your evening. 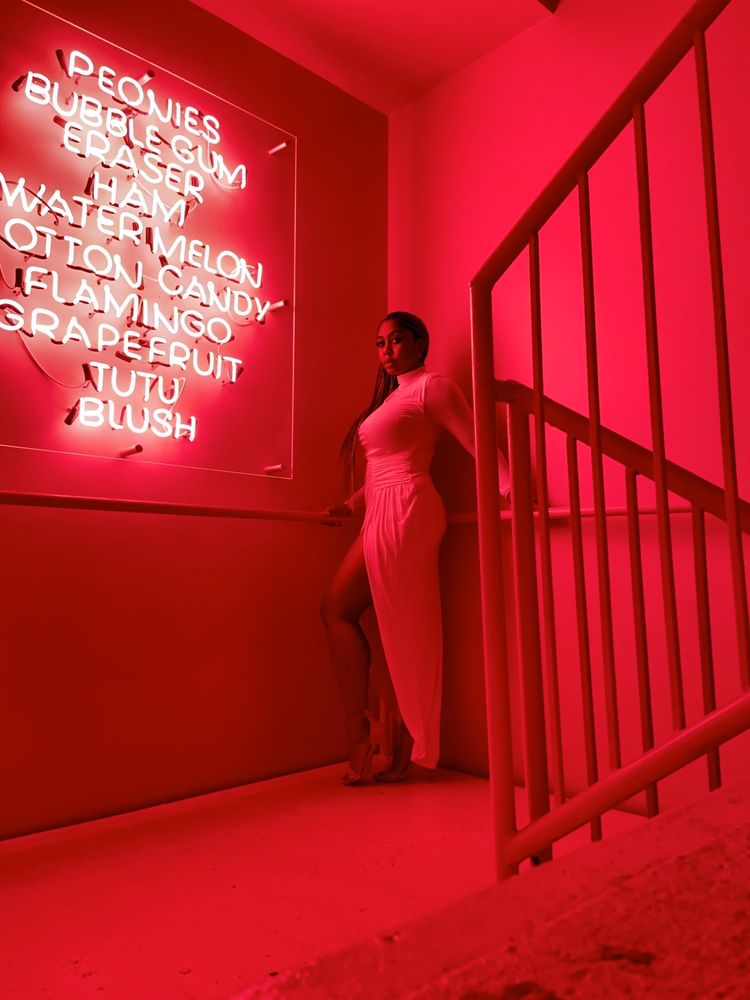 Came to Vic & Anthony's Steakhouse for a presentation for a pharmaceutical company. We had a prefixed menu. My choices included: lobster bisque, a house...

What I truly love about this restaurant is the fact that you know the reviews are probably going to be right about their steak, but your mind is blown from the care and attention to detail of their service. I've only feel these special restaurants are so special because it really is rare to enjoy everything and leave happily. Reading the room of what is needed before I ask is something you need to give due credit to. I would absolutely come back for just the bread pudding alone. Please try and thank me later.

Amazing dinning experience. We started off with the crab cake which was to die for *chefs kiss*. We ordered the skirt steak and prime ribeye with a side of...

You get what you pay for. It is expensive but the food and service are on par with the prices. Expect at least $100 per guest. The service was what you would expect with a high end steakhouse. Sonia was great. Attentive, professional and most of all friendly. She took care of my mother like she was her own mom. The food was great. My steak was cooked perfectly and the accompaniments & salad was on point. Again expect to pay a good deal for your meal but if you are willing to accept that then I believe you will enjoy the experience thoroughly. 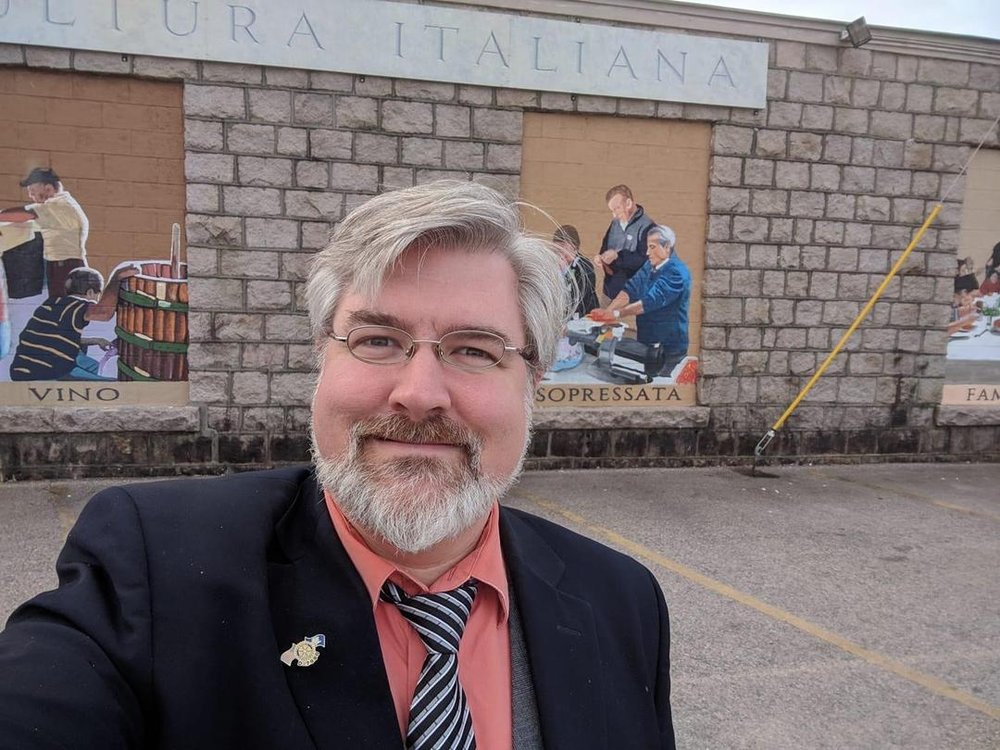 Attended with a group of friends. Everything was very good. Great wine selection. Service was good. The seafood tower, which had a great assortment,...