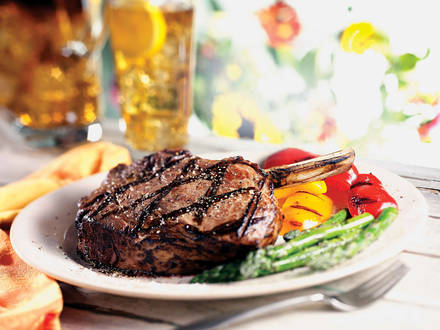 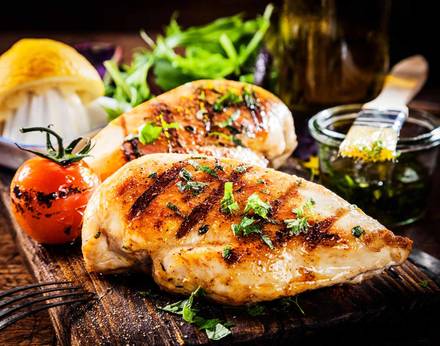 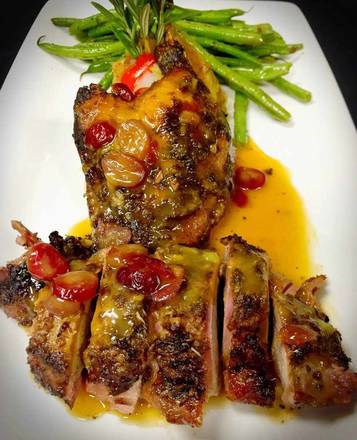 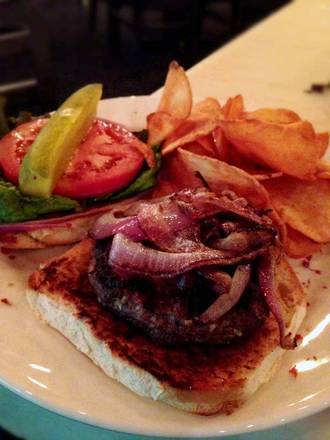 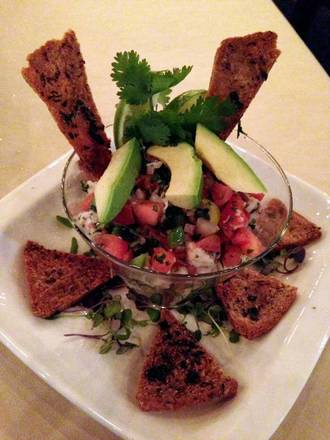 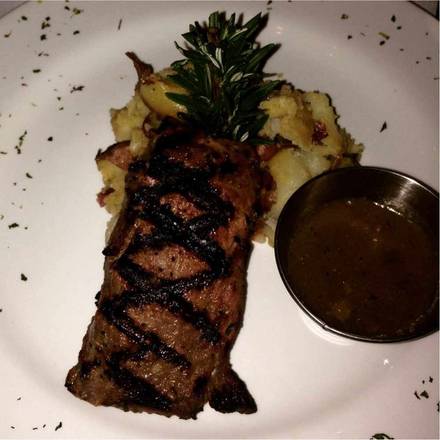 Jason Goldstein opened Genesis Steakhouse & Wine Bar to pay homage to his Jewish heritage and upbringing in a kosher-observing household. His mother, who opened the kosher-focused Dessert Delights pastry shop in 1985, inspired his Houston-based restaurant, which observes the Sabbath from sunset Friday to sunset Saturday.

Genesis aims to offer quality food rooted in age-old kosher values, which demand the highest selection standards. The ethical and cleanliness standards established and monitored by the Houston Kashruth Association (HKA) and Mehadrin Kashrus of Texas (MKT) are followed faithfully. 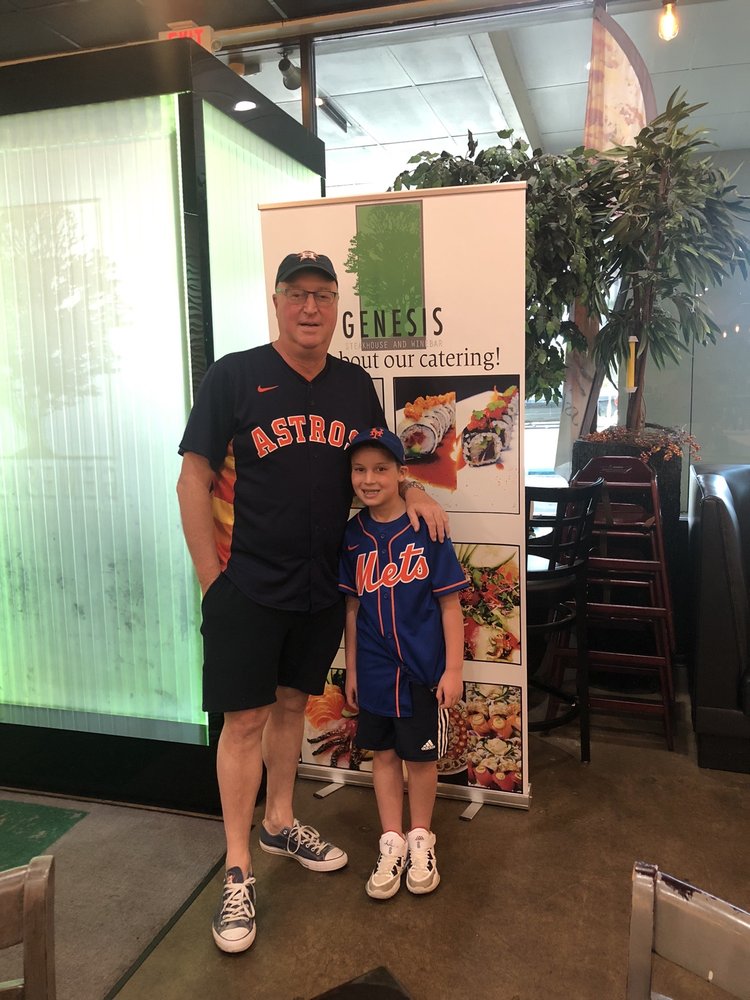 Earlier this week I picked up my 8-year old grandson in NJ, and flew with him to Houston to go the Astros-Mets game. I needed to pick out a Kosher...

Decided to stop on a whim. The suggestion of the Korean Beef Lettuce Wraps was a good one. I really enjoyed them. The Bruce burger, with Prime Beef, crispy pastrami, a fried egg, and onion strings is not for the faint of heart, nor for a tiny mouth. :) It was very good. The thick cut onion rings are breaded on the heavier side, so I only had two. Overall, an enjoyable and pleasant place to visit with courteous & friendly staff, and good food, but a bit on the pricey side.

I had been looking forward to going to Genesis for years but was never able to find the time. I am SO glad I finally got around to it! The food was incredible, the service was great, and the process are very reasonable. If you are looking for quality kosher food in Houston, look no further. My husband and I will definitely be returning.

Genesis is a great kosher restaurant! We had a great dining experience and delicious food. I will definitely be recommending this restaurant to more people!

The food is amazing, the price is worth it for the top tier food they serve. The customer service is amazing the employees are welcoming and very polite. Genesis Steakhouse and Wine bar is a great kosher restaurant option for Jews in Houston

Came in for lunch on a quiet Sunday. The service and food were both great. Portions were big and the price was really fair, would recommend checking it out.

They’ve been advertising that they have Sushi for over a year. They DO NOT have sushi! There was even pictures of sushi hanging up but there is NO SUSHI here. What I ordered was good but I specifically wanted sushi

We loved the place. First of all the ambience is warm and cozy. Then the service is above excellent. The waiters are helpful, present but not annoying. The food was delicious, big portions and prices are pretty reasonable for the upscale level of the restaurant. Highly recommended! 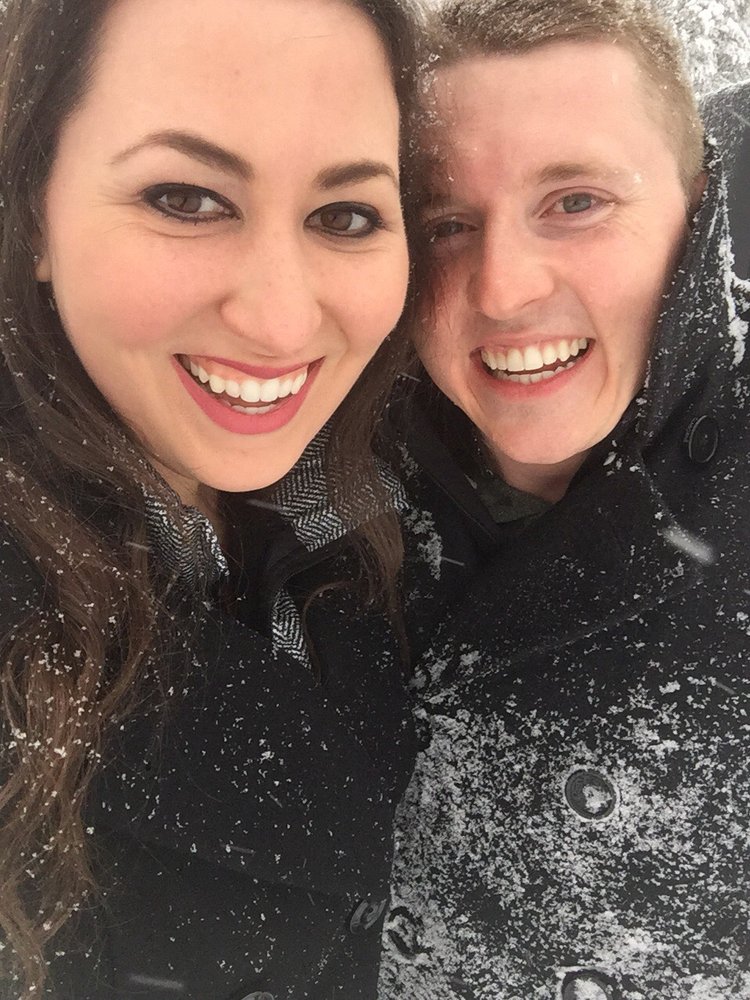 My husband is Jewish and has been wanting to dine here since I told him about it. We decided to come in for his birthday, and we were blown away. The...

It was Fleming's pricing @ Saltgrass quality. Don't get me wrong, the food was decent, just expected more. It was only 2 other tables there. 1 sounded like a mob meeting & the other was how to manipulate a tax situation with a business in their favor...for weird vibe 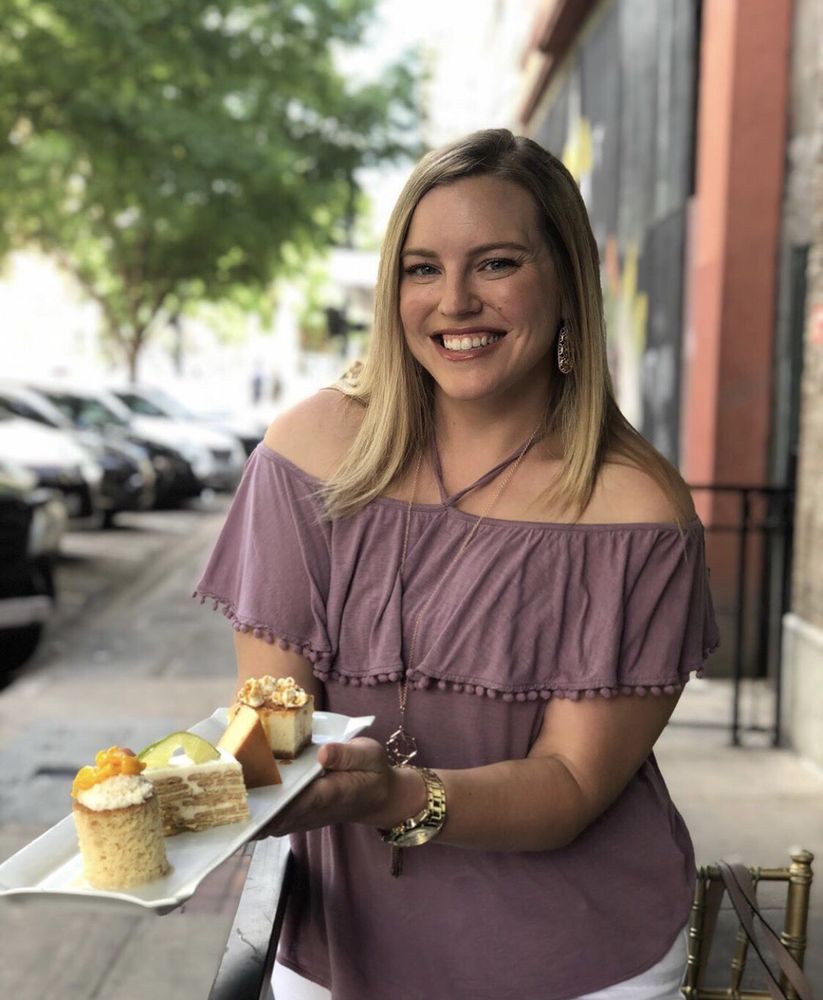 I've been to Genesis twice now: once for lunch and once for dinner. For dinner I had the pecan-smoked beef rib. And let me tell you, it was amazing! The...