Although Houston is right on the Gulf Coast, the state of Texas still has an erroneous reputation of being entirely meaty and land-locked. But the state’s biggest city proves at its steakhouses that chefs are more than willing and excited to spotlight the city’s proximity to pristine seafood. Here are some of the best seafood and fish options at Houston’s best steakhouses.

Vic & Anthony’s: One of the city’s most iconic, old-school steakhouses is still one of the best. It’s timeworn, enduring legacy is thanks to the kitchen’s versatility and consistency with everything from salads and appetizers to assorted steaks. And this is certainly true of their seafood, too. Fried lobster mac & cheese, Alaskan king crab legs, Atlantic salmon and shrimp scampi are a few classic examples. The big hit, though, is the Gulf red snapper. Sourced fresh off the Houston coast, the dish features fresh vegetables and other seafood flavors like jumbo lump crab and sherried lobster sauce.

Pappas Bros. Steakhouse: The perfect meal at New Orleans-inspired Pappas Bros. starts with lobster deviled eggs (topped with honey pepper bacon, no less), fried oysters and smoked salmon rillettes with goat cheese. Then move on to turtle gumbo with aged sherry, certainly not something you see in your everyday steakhouse. Then, since the steaks are too good to turn down, opt for the surf & turf filet duo, which features medallions served two ways, one with jumbo lump crabmeat bearnaise and another with jumbo grilled shrimp.

Genesis Steakhouse & Wine Bar: For one of the most unexpectedly elegant and refined steakhouse experiences in Houston, head to Genesis. Here you’ll find sublime steaks, seasonal salads and a few Mediterranean-inspired dishes sharing menu space with the likes of snapper ceviche, sushi-grade tuna poke, a grilled ahi tuna spinach salad, salmon quinoa bowls, tortilla-crusted snapper and green chile tuna with chimichurri sauce, green chile beurre blanc and pico de gallo. These are some of the most unique and vibrant steakhouse seafood selections you’re likely to find in the city.

Vallone’s: This is one of the rare restaurants where seafood (and lots of other things) come with table side pomp and circumstance. Tuna tartare and salt-crusted Gulf red snapper are both served as table side preparations, meaning they’re assembled and served right at your table. For the tartare, the fresh fish is sliced and diced finely before being beautifully arranged on a plate. Meanwhile, the snapper is a lot bigger and requires 24-hour notice from customers. The salt crust is opened and the fish is flayed, then arranged on plates for $35 per person. 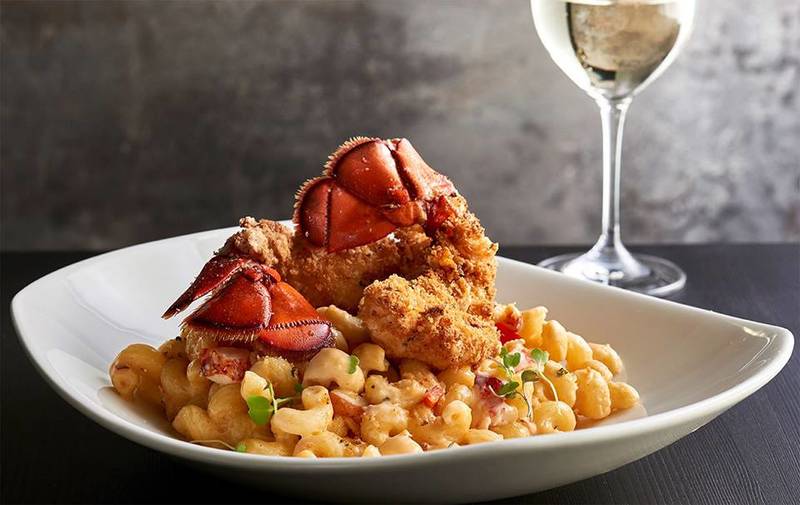