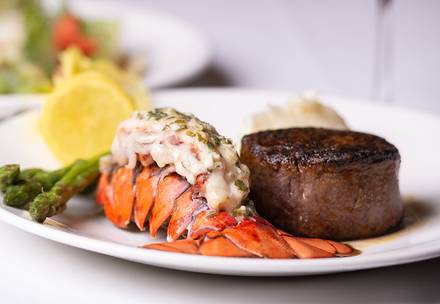 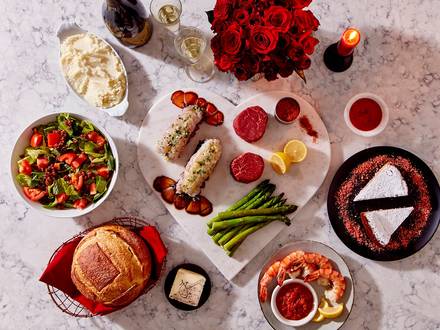 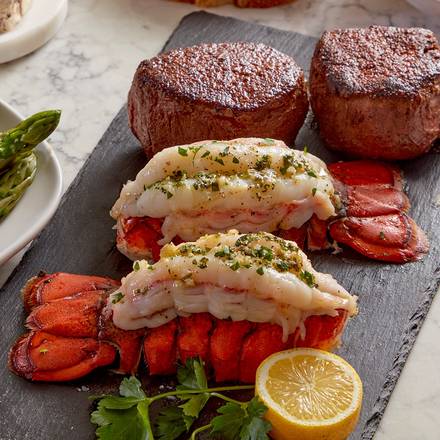 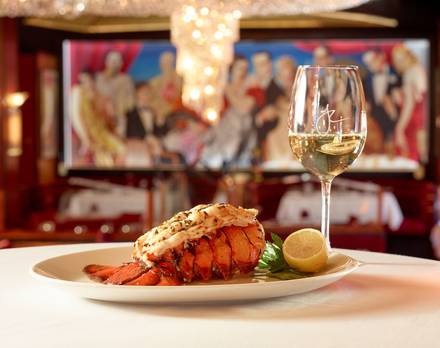 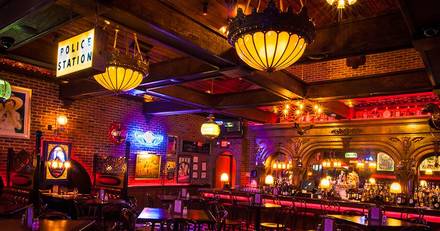 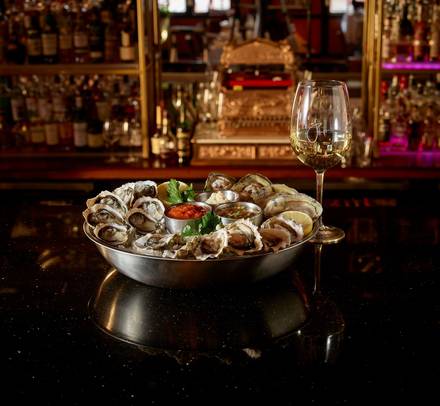 Yes. This steakhouse is located in a police station. The former home for the Cincinnati Police Patrol House Number 6, to be exact. Precinct is the first of Jeff Ruby's empire of steak-focused eateries, and it's also the longest, continuously running white tablecloth restaurant in the city.

The turn-of-the-20th century, Romanesque-style structure has been expanded to include BAR at the Precinct. It's anchored by a turn-of-the-century Brunswick Bar brought in from Boston, seats approximately 70 guests, and offers a casual atmosphere and its own menu.

All steaks are U.S.D.A. prime and aged and hand cut by the restaurant's butchers. The choices range from a 14-ounce center cut New York strip to a 22-ounce dry-aged bone-in ribeye.

There are also classic Jeff Ruby dishes you'll find on the menu. The cold water lobster tail is enhanced with lemon-herb butter. A Berkshire pork chop is accented by roasted garlic rub, fresh herbs, and lemon. And the steak Collinsworth consists of an eight-ounce filet, king crab, asparagus, bordelaise, and béarnaise.

Reservation was set for 7:15pm. We arrived early (7:00pm). We were seated by 7:30pm. Jordan recognized the fact that we had to wait so he comped us with free appetizers. Never been disappointed with the service or the quality of food at any of the Jeff Ruby restaurants! This was the first visit for my three boys (& one girlfriend) so it was special to say the least! Thank you to Jordan & the staff for a great evening on Thursday, April 28th!

Let me just say, this is a RUBY of a joint. Seriously. Other worldly service, absolutely mouth watering food, and the decor is out of this world. It truly is a gem to be a guest here. We came for our Anniversary, sat in a curved booth in front of massive stained glass window, and enjoyed one of the best dinners we've had in a very, very long time. You get every cent you pay for here. It's absolutely one of the best in the city. Will be returning end of May and can not wait to return! Thank you so much to the manager and server for your awesome service. Made a shaky weekend end in a success.

This place lives up to its reputation. Staff is very attentive to details. Exceptional high-quality food. Pleasant atmosphere. This is our go to when we need things to be excellent.

We have always loved The Precinct, but last night we had one of the best meals and experience. Everything was absolutely delicious. Robby was our server and he was very attentive, made great suggestions and just beyond incredible. The manager Austin helped make my birthday even that more perfect. (Seriously still so happy about that butter pie!) Thank you both for an incredible evening with my family. We enjoyed it so very much!!

I am never disappointed in Jeff Ruby's Precinct, and last night was no different! Everything from the valet, waitstaff, dinner, drinks & a Birthday Cake with sparklers was excellent! I have to compliment both Assistant Manager Anthony Sallee & Assistant Manager Ashley Stevens for their personal assistance in allowing me to utilize their elevator in order to use the downstairs restroom. I have heart issues, and the stairs can be quite trying. I didn't even have to ask them for this extra service, that only a Jeff Ruby restaurant could provide. Thanks again Anthony & Ashley! Can't wait until next time!