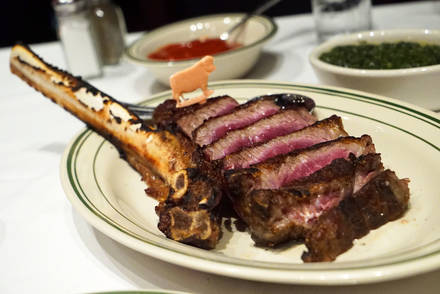 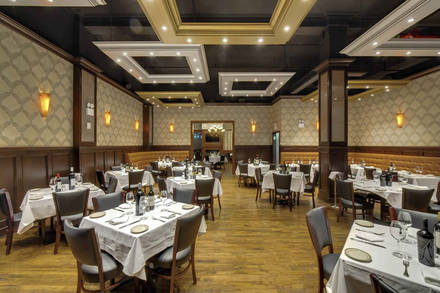 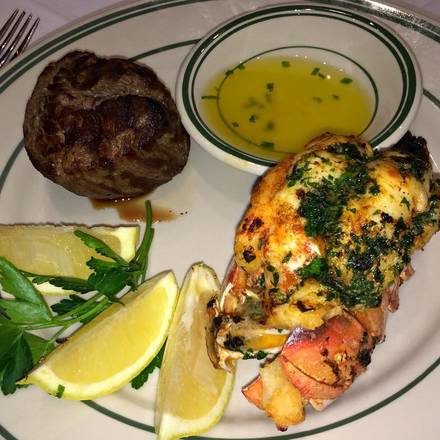 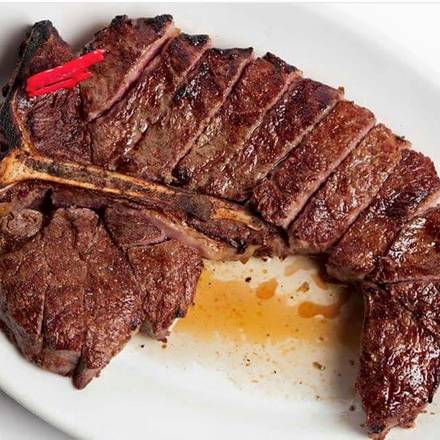 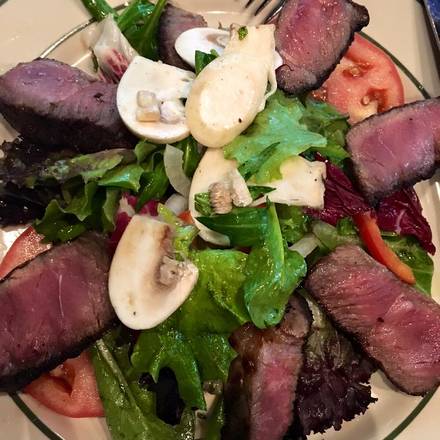 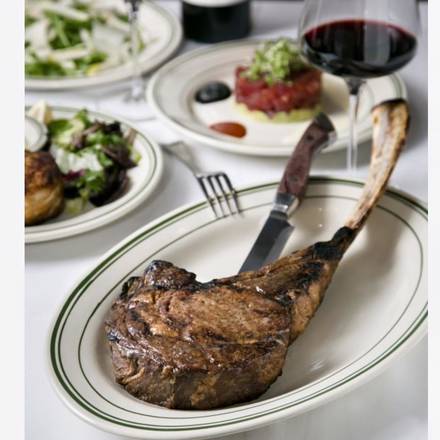 Experience is key at NoMad steakhouse Rocco--owned by long-time restaurateur Rocco Trotta and Jeff Kolenovic (who also serves as beverage director)--where servers must have a minimum of 10 years in the business in order to work in the dining room. The majority of them formerly worked at Wolfgang’s Steakhouse, including Executive Chef Johnny Jevric and head waiter/sommelier Henry Doda.

In addition to providing the type of service you'd expect at a classic American steakhouse, the restaurant features traditional steakhouse fare. All steaks are USDA prime and dry-aged in Rocco's custom-designed aging box. Diners have a host of choices from the steak and chops menu, ranging from a 34-ounce Tomahawk to lamb and veal chops.

For non-red meat eaters, there are plenty of options from which to choose. There's chicken parmesan, a classic Italian-American entree, grilled tuna and a three-and-a-half pound broiled or steamed lobster. Other seafood dishes include oysters and clams on the half shell, jumbo lump crab meat cocktail and crab cakes.

Those looking to experience Rocco Steakhouse on a budget should come for Saturday or Sunday brunch. It's $31 per person and includes a cocktail (mimosa, Bellini, Screwdriver, bloody mary) and three courses. Diners have entree choices such as a prime burger, 14-ounce rib-eye, seared yellow fin tuna and lobster ravioli. 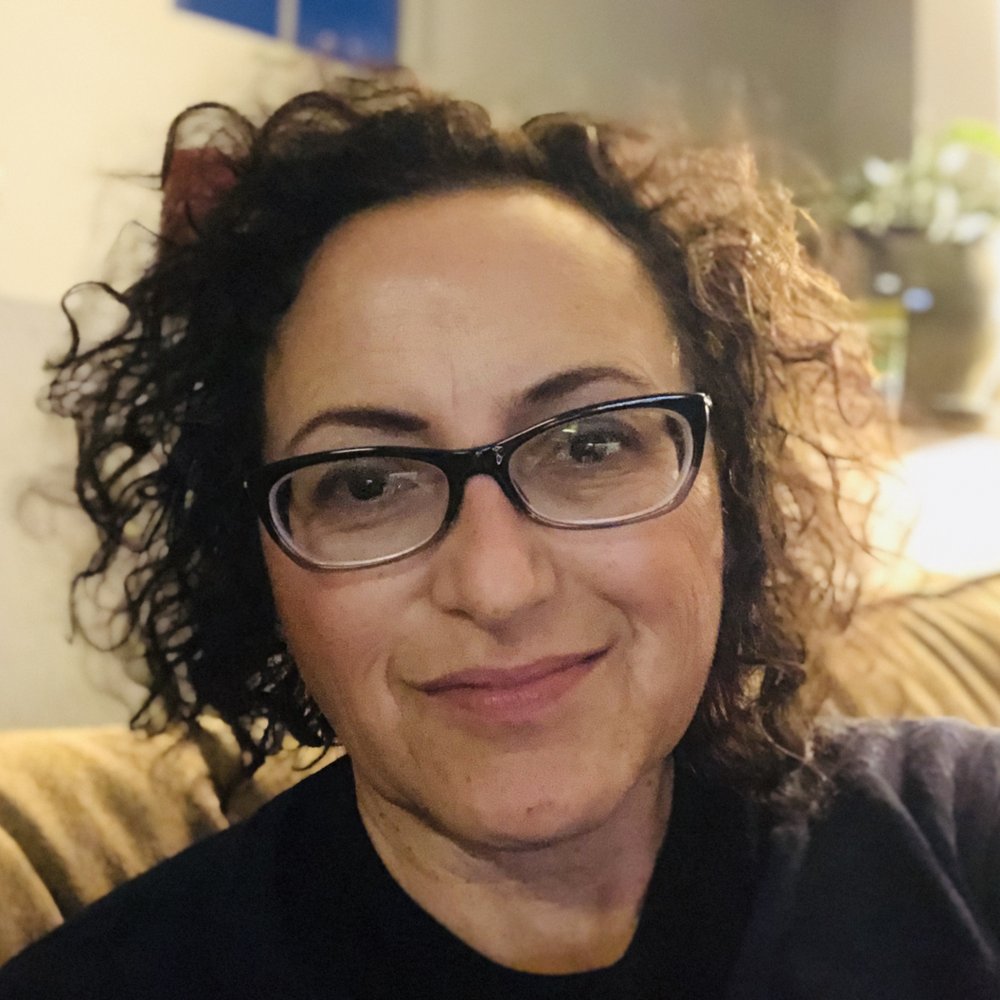 So when in NYC, you can not leave without trying a steakhouse. Thank you Yelp for giving us a few options. We thought Rocco's had some great reviews and...

Best steakhouse I’ve been to. Filet Mignon was amazing with the perfect crust on the outside and perfectly cooked medium rare. Crab meat cocktail was extremely fresh seafood and they were nice enough to include a few sides on the house

Great steaks! Very high quality filet Mignon and the German potatoes / cream spinach sides were on point! Also gave us complimentary desserts as we were one of the last tables of the night. The apps and other sides were a bit subpar for elite steakhouses (especially the Canadian bacon and tartare). And it was pricey. But good service and steaks and core sides so 4.5/5 overall.

Fantastic dinner! Came here to celebrate an anniversary. Our waiter was very knowledgeable & recommended a great wine to go with our dinner. The food was out of this world. We tried the ribeye steaks which were divine. The mac & cheese, mashed potatoes, oysters, & lobster cocktail were all out of this world. Our waiter also went above & beyond to give us a nice dessert on the house to celebrate our anniversary. Classic New York steakhouse that really gets it right. I can't wait to come back here!

Fantastic porterhouse to share. The portions on the sides are very large. The wine was great, and the service was fantastic - a credit to the personable and professional staff. We booked for a party of 4, only an hour before, on a Sunday evening, which was very convenient. Overall, I'd definitely recommend to those visiting the area. 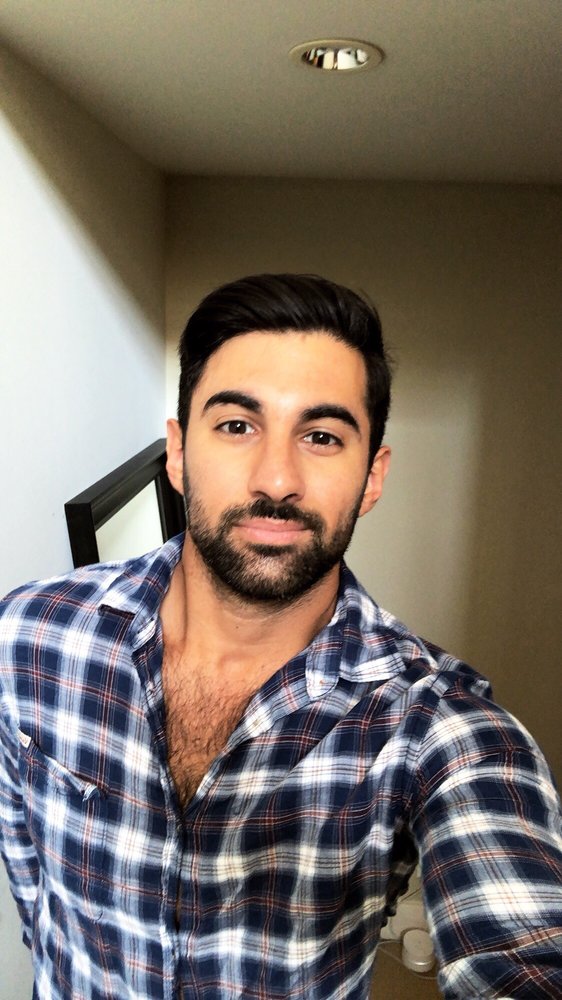 As a non-New Yorker, don't let the name "Rocco" fool you into thinking this is an American Italian scam restaurant. This is the MOST UNDERRATED steakhouse... 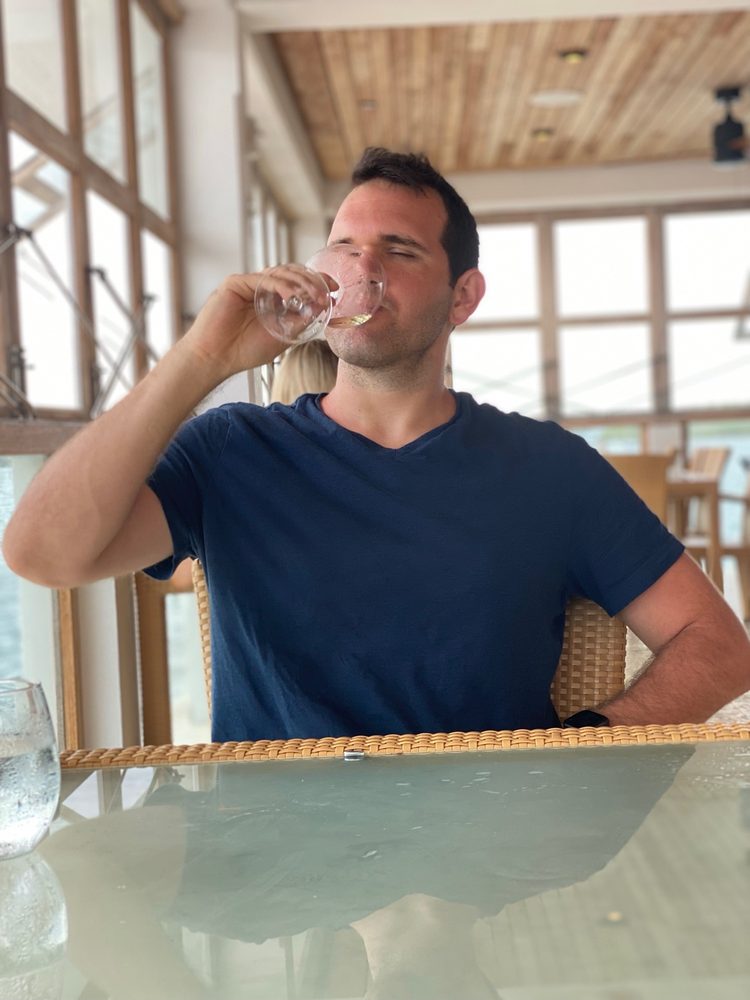 Came here with a group of 11 for dinner after a meeting and had a great time. First, we were able to make a reservation for a big group in short notice,...

TOP RATED AND SUPER IMPRESSED. a must try steakhouse in the city. recently spotted and first time here. blown away by service food and atmosphere. friendly staff, great appetizers and steak was perfect.

My family and I (kids included) came here while vacationing in NYC after a day of site seeing. We had no reservations and were very under-dressed for a steakhouse experience but that did not matter as we were seated promptly and waited on with impeccable service. The waitstaff, food and wine was top-notch and delicious. Our server even bought us desert because he could tell we were tourists. Such a nice touch. Cannot recommend this place more. Pro-tip: This place has one of the best wine lists I've ever seen.

Came here a few times, always a great place for business lunch or small group celebration, the staff were really friendly and gave us a complimentary dessert plate!! Guess it was pretty empty and they weren't that busy that's why,

Wonderful service with amazing tomahawk steak! What more could you want? This classy steakhouse is perfect for a family dinner, birthday celebration, or...

Food was amazing, porterhouse steak cooked to perfection. My colleagues and I enjoyed our time here much. Service was excellent - Henry Doda was really attentive and genuine and we just felt really welcomed here. Will definitely revisit and recommend Rocco to all our friends, family and clients. 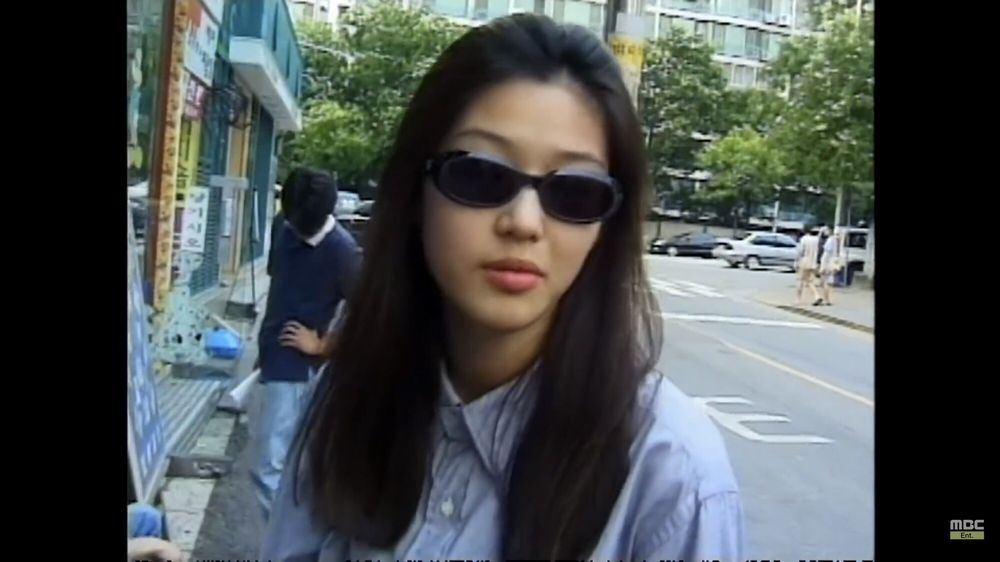 We have had many fancy dinners in NYC. This one was, by far, the most expensive and it wasn't the best we've had. Everything was good, but not great. $277+tip=$327 for 2 people. Dessert was "free." 1 cocktail each. It's NYC - you can do better.

The picture does not do it justice. The steak was spectacular and perfectly medium rare, the greens were delicious as were the fries, the wine, the cheese the port. It was all very, very good. Service was excellent. It's now the gold standard benchmark for all steak houses as far as I'm concerned.