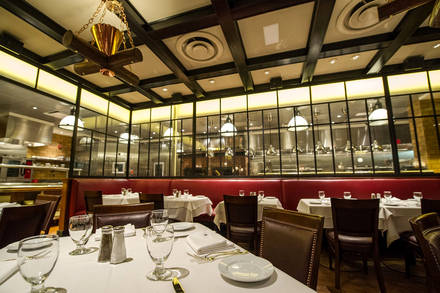 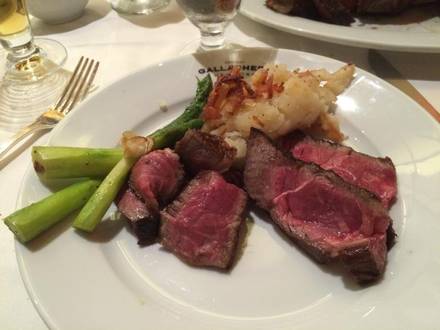 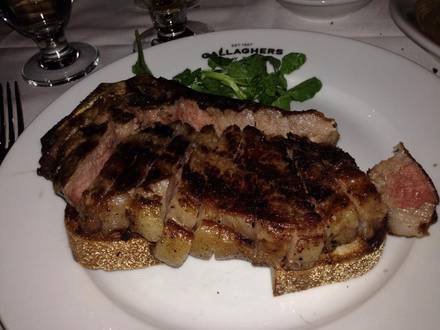 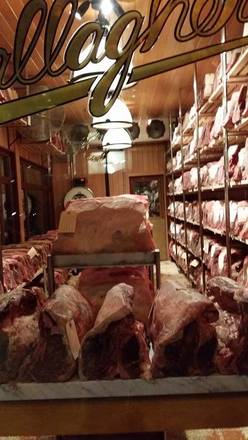 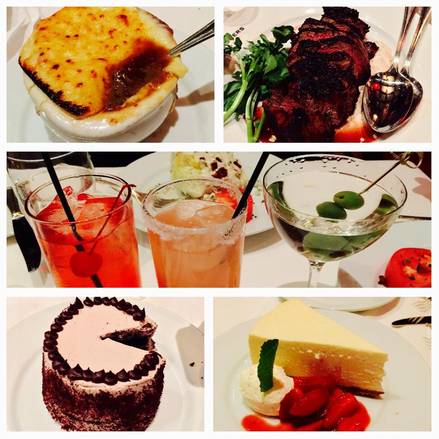 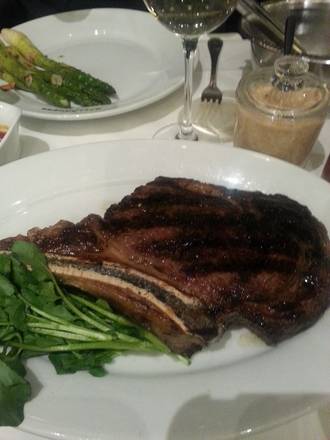 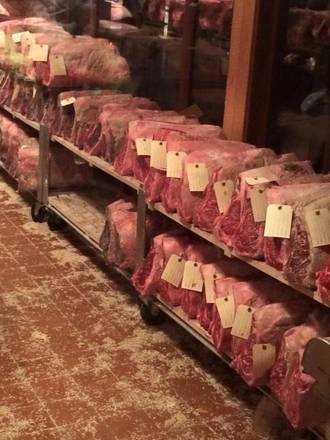 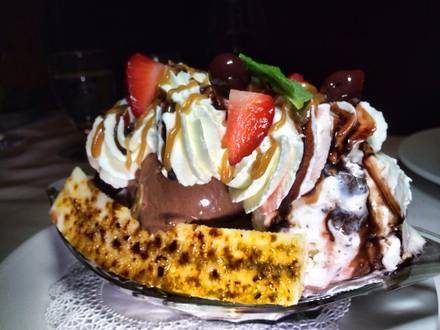 For over 85 years, Gallagher’s Steakhouse 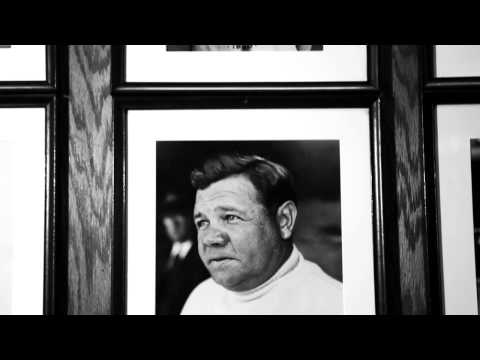 , Time Square and Broadway have been in the same neighborhood, and one of them serves some of New York’s best steaks and cocktails. Gallagher’s Steakhouse is a step back in time to an era of three-martini lunches and steaks cooked over an open fire, a place that satisfies almost as much with vibe as food.

At Gallagher’s Steakhouse, after working your way through a sizeable raw bar of clam, crab, lobster, shrimp and other delicious creatures of the sea, you’re confronted with a list of steaks that will make your eyes big and that will make you wish you had a bigger stomach.

There’s are porterhouse steaks big enough for two, three or even four, a New York sirloin (or do you call it a Delmonico?), rib eye, roast prime rib of beef (order ahead; these tend to sell out) and even, if you’re not in the mood for a steak, chopped beef. As reported in New York Magazine, this place is all about the meat: “When you walk into Gallagher’s, the first thing you see is a room filled with hunks of beef hanging from the wall and stacked on shelves. This is the meat cooler, where steaks sit for 21 days at exactly 36 degrees—dry aged to eliminate moisture and draw out flavor…On the walls are thousands of framed photographs of the more notable patrons, and celebrities still make the occasional appearance. The vestiges of this old-fashioned aplomb remain: complementary coat check and a deadpan wait staff of mostly old German men dressed to the nines. But don’t come unless you’re in the mood for meat.”

The meat is prepared in a way uncommon among New York steak houses: it’s cooked over live hickory coals, giving each piece of meat a crusty sear and a light smokiness.

And what to have with your steak? Red wine would be the obvious choice, but there’s also a bar where you’ll be able to get old school cocktails made right, the way they always have been at Gallagher’s Steakhouse. Right at the start of Prohibition, Gallagher’s earned a reputation as the place you could get a drink; on the menu, you’ll notice “The Other Soup (MP),” which is, of course, a jokey reference to the once outlawed booze, designated by these innocent-sounding codes words to escape the notice of law enforcement (though it’s highly likely the boys in blue stopped by for an illegal sip now and again). 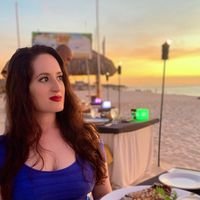 I have been here twice, and both times were wonderful. We had the Caesar salad and burrata to start. Both were exceptionally good. I think Gallagher's...

Went to see a show and decided to eat dinner here afterwards. The food was great. Steak was cooked to my liking. Service was amazing. The drinks were good...

The wedge salad, baked clams, filet, prime rib, Mac and cheese, mash potatoes, mushrooms and shrimp stuff with crab were all superb dishes!!! I've been to... 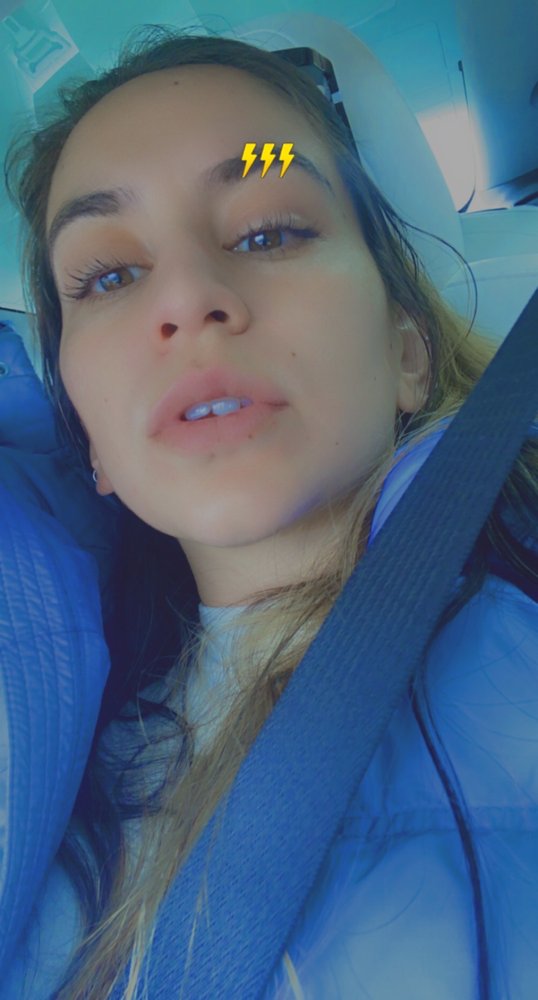 What a delicious steak house!! In a city full of delicious food and great atmospheres, Gallagher's did not disappoint. We ordered filets with different...

Definitely make a reservation! The food and service is really amazing! I love the open kitchen theme that they use. I got the special which was the prime rib, it was a huge portion! Also the side are meant to share because they also give big portions! It was 4 of us and it was more than enough. Also get the banana split it’s definitely better than the cheesecake. 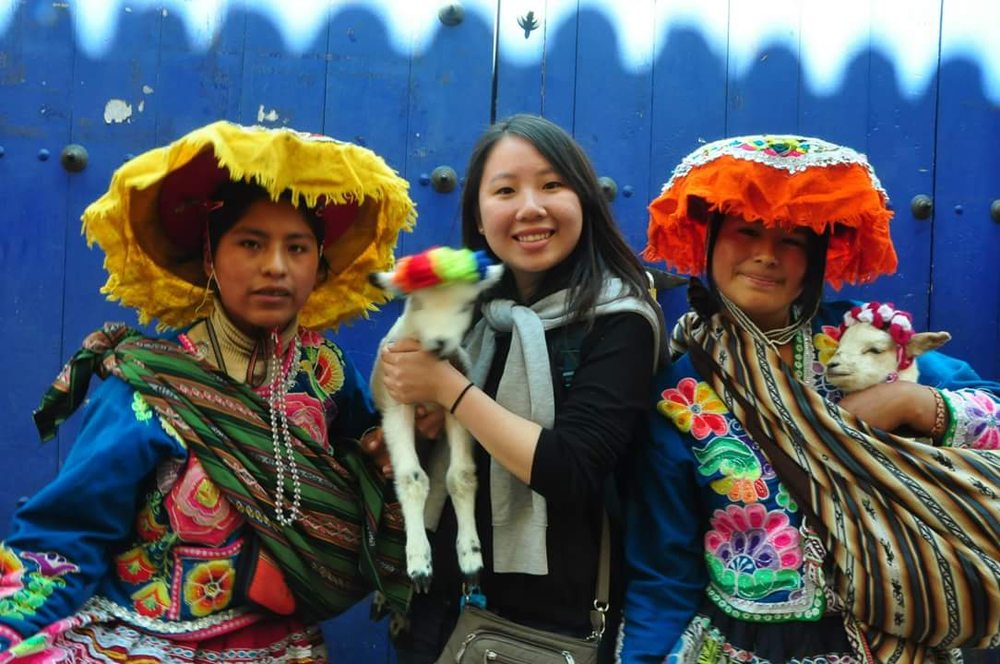 Amazing lunch special deals! $29 for a 3 course meal. I ordered the New England clam chowder (it was the soup of the day), the sliced filet mignon over...

Classic NYC steakhouse. Very good service , and very good food. We got rib steak and lamb chops. The lamb chops were DELICIOUS! Rib steak was a bit overcooked. The waiter offered to return it immediately and they made us a new, perfectly cooked and delicious rib steak. They also gave us a complementary fruit plate on the house. Fries and sauteed broccoli sides were very good too. Overall great experience 👌🏼

Had dinner at Gallagher’s with my daughter for her birthday. The food was wonderful. The service was over the top! I thought they must have seen us a royalty with the amount of attention we received from the wait staff. They were all so attentive, funny and kind. What a great experience. Next time we are in the city, we will be back. What a great team.

What can we say but Fabulous. Came here for Christmas Day lunch. The restaurant was stunning, the staff where super friendly and accommodating and the food was possible one of the best steaks we’ve ever had. Worth every penny. Nothing was to much trouble, all in all a great dining experience. Will definitely be back.

This is near our office and always does a great job. Excellent steak and perfectly prepared! Staff are friendly and well trained. The restaurant also has a nice old school vibe and great cocktails. I love the pepper steak preparation. The sides are also great, but know that many dishes already come with the same sides. We always end up ordering too much food. :)