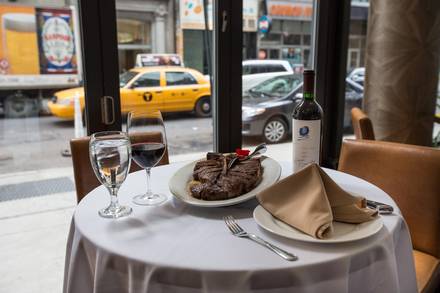 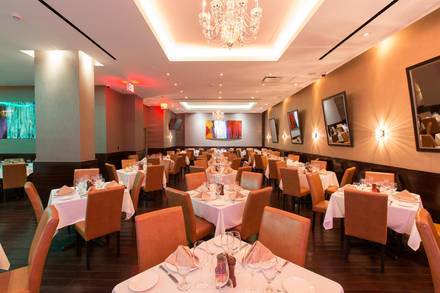 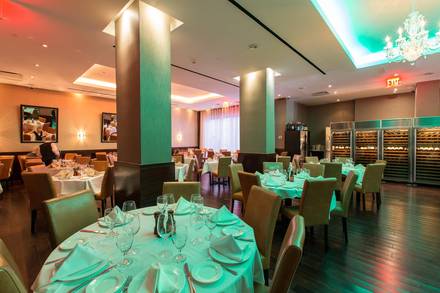 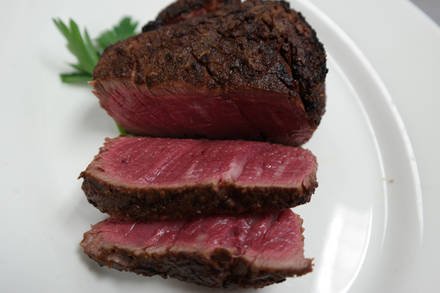 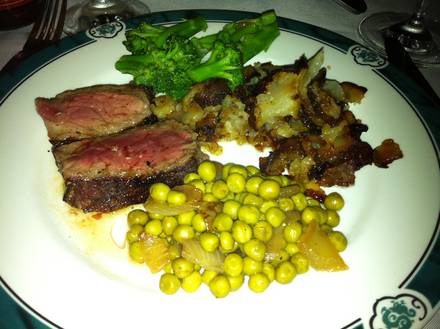 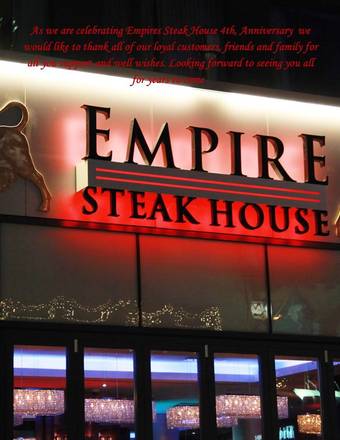 The 50th Street location of Empire Steak House is where you’ll find some of the best steak in the city of New York. With “empire” in the name, you can be sure you’re getting some of the finest red meat in the Empire State, served in an atmosphere of refined, comfortable elegance, by servers who understand what you came for: some of NYC’s top-tier beef.

Located midtown in the Hilton, Empire Steak House on 50th may change your thinking about hotel restaurants, which too often have been relegated to a service capacity in an operation that seems designed more for sleeping than for fine dining. One big advantage of being in a hotel, however, is that you can count on the restaurant to serve more than just dinner, and at the Empire Steak House, you can lunch New York style. On the lunchtime menu, there’s a hamburger, of course, but also a boneless rib eye, medallions of filet mignon and New York Sirloin, all USDA prime and cooked the way you like it. Added bonus: this kind of grand lunch is chosen from a high-value prix fixe menu.

For those who are committed to going deluxe, there are two magnificent Japanese pieces of meat: a 12-ounce Wagyu rib eye and a 10-ounce Wagyu tenderloin.

Empire Steak House gets lots of love on Yelp, with one citizen reviewer noting, “I've been to every single steakhouse in the city. Empire Steak House is as good as it gets for real. The service is impeccable. The steaks deliciously seasoned and very large. The fried calamari appetizer is delicious and easily shared by two. My partner got shrimp scampi which was delicious and stunning to look at. Cream spinach was delicious. I’m sure the desserts would have been good if we could have fit any of them down. Maybe next time. Don't miss this place.”