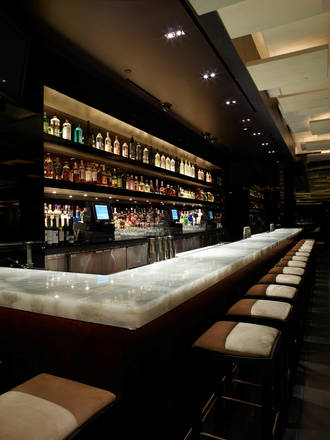 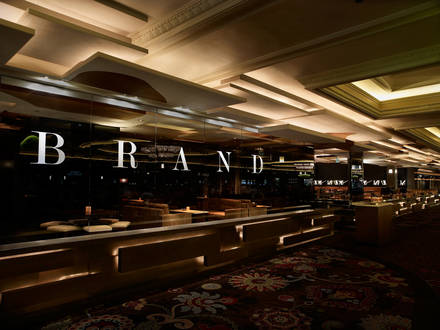 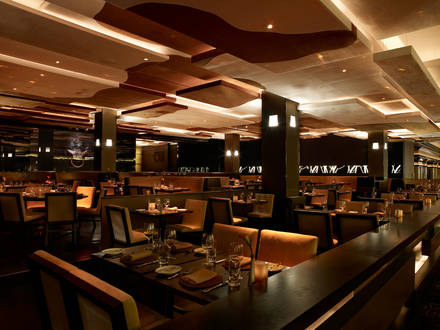 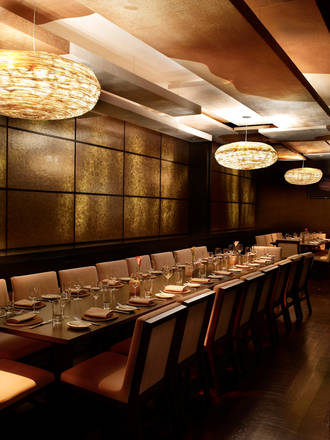 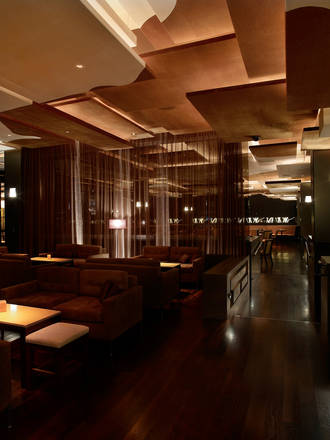 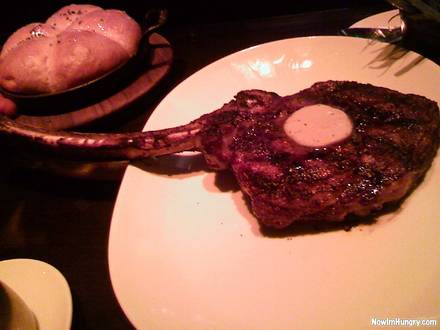 In a few short years, Bavette’s Bar & Bouef has become somewhat of a Chicago icon. It feels like it's been in the city for ages when in actuality it opened in 2012.

The French-inspired steakhouse is so popular--reservations are hard to come by and the bar is typically standing room only nightly--that the owners behind Hogsalt Hospitality (Au Cheval, Doughnut Vault, Gilt Bar, Maude's Liquor Bar, et al) have decided to open a Vegas outpost.

The atmosphere at Bavette's may be best described as a vintage supper club, as it takes a step back in time with a Roaring Twenties speakeasy vibe. Expect lots of low-slung, opulent furniture, rich wood accents and glowing chandeliers. Jazz, blues, funk and groovy French beats set the tone.

Chilled seafood platters are a staple at modern steakhouses, and at Bavette's, they are no exception. Diners may choose from five selections, from one composed of only king crab to the massive Maude's Tower of great selection of shellfish. Other popular menu starters include peppered duck and goat cheese terrine, tenderloin steak tartare and a signature baked crab cake.

Bavette's takes its modern steakhouse concept seriously, which is why it's been such a draw for well-heeled Chicagoans. Diners may choose from butcher's cuts or U.S.D.A. prime steaks. Highlights range from a 10-ounce ribeye steak frites (butcher's cuts) to a 16-ounce, 42-day, dry-aged bone-in New York strip (U.S.D.A. prime). For an extra charge, diners may get their steaks enhanced with peppercorn crust, roasted bone marrow or wild mushrooms.

Those not wanting a steak may choose from one of Bavette's many signature entrees. There's the spiced fried chicken, honey, glazed salmon and short rib stroganoff.

Incredible experience. Our server, Randall J, was attentive and kind. Food was phenomenal along with the look of the place. There’s a million restaurants in Vegas but this one is worth going.

Great atmosphere. The servers we had were very friendly, service in general was just a little slow. Our server actually commented on the steaks taking a while. I thought the steaks were a little under seasoned and I never add salt to my food at restaurants. Great sear on the ribeye though that also helped render down the gristle. Crab cake and carrot cake were excellent.

Nice atmosphere with jazz music. Wine and food was good but below expectation on the whole experience. We made reservation expecting great things given the high rating. However, I’m giving only 3 stars because (1) I’ve experienced the tiniest oysters in my life and (2) it took over an hour between the appetizer and the steak and the steak plates were not even hot. They apologized for the delay but still…

What a fantastic Steakhouse situated inside the Park MGM. The wait staff was super friendly and knew the menu completely. They have the best Steak and Potatoes I've ever had from a Vegas restaurant. We also tried the Baked Goat Cheese and the thick cut Maple Bacon, to which I will get every time I come back. I will make Bavette's a staple ever time I come to Vegas. I can't say enough good things about this restaurant and highly recommend it to anyone.

Great food and amazing service. Came here for my birthday dinner. We were seated in a private room, Bryan served us and he was just amazing. We'll be back for sure!

Hands down... Best atmosphere, service, food and drinks. Food was all amazing, loved every moment of our time there, def recommend. Can't wait til our next trip to Vegas, we will be back to try more menu items!