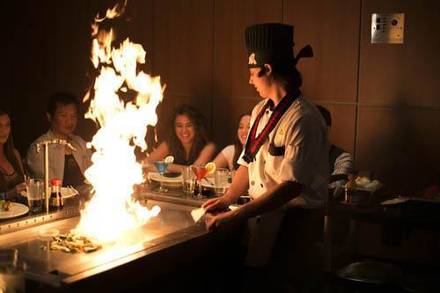 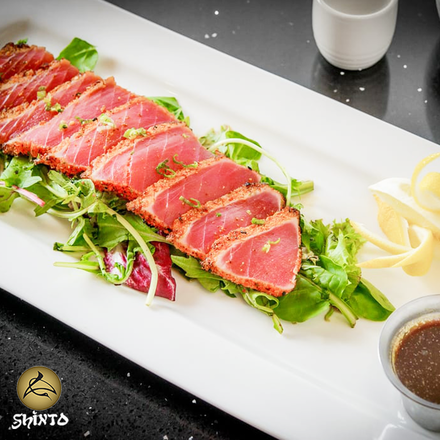 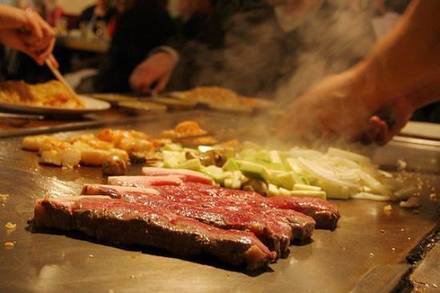 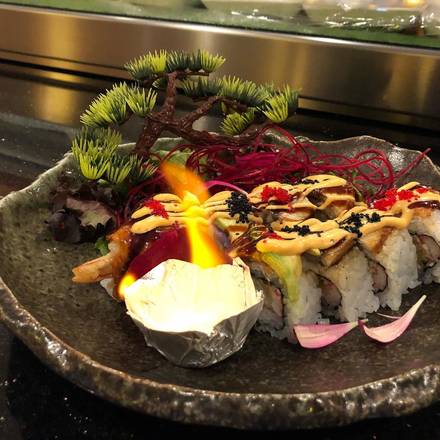 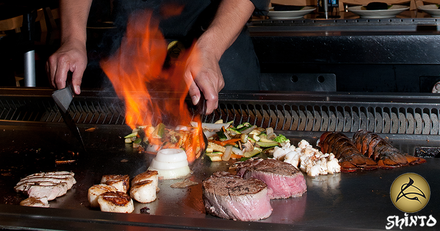 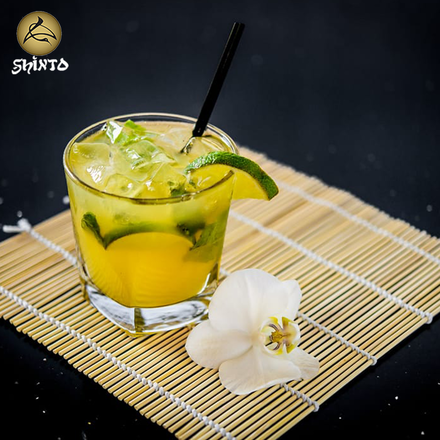 Winner of the TripAdvisor Certificate of Excellence, Shinto Japanese Steakhouse & Sushi Lounge is recognized as a place that will satisfy carnivores and pescatarians alike…and there’s also good vegetable representation on the menu. In short, there’s a lot to make most everyone happy.

The hibachi grill is recognized as one of the best cooking surfaces in the world for steak: the ultra-hot grill quickly sizzles the outside of the meat while leaving the center perfectly medium-rare (which, let’s face it, is how most of us order our red meat). Right off the hibachi, you’ll enjoy Chateaubriand, New York strip, and filet mignon.

Seafood can also be prepared on the hibachi, and Shinto Japanese Steakhouse serves up shrimp, scallops, lobster, and fish, perfectly done before your very eyes. If you prefer your seafood sushi-style, there’s a wide selection of sashimi and nigiri, many offered by the piece.

If you want a side or an entirely vegetarian meal, there are the traditional seaweed or cucumber salads, as well as the entrée-sized California Salad with mixed baby greens, orange slice, and shrimp mixed with crab meat and lemon sauce. For a fully vegetarian repast, there’s avocado tempura and agedashi tofu with bonito flakes, scallions, and chef’s sauce.

And you don’t necessarily have to choose between beef or fish: you can have both by ordering a steak with a “side” of lobster, swordfish, or tuna.