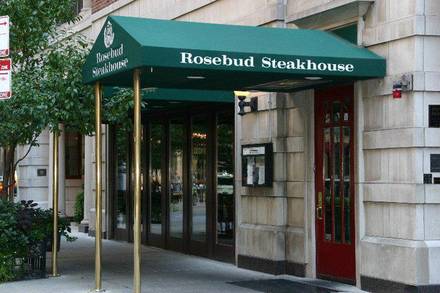 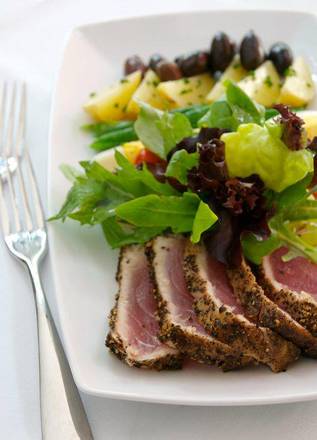 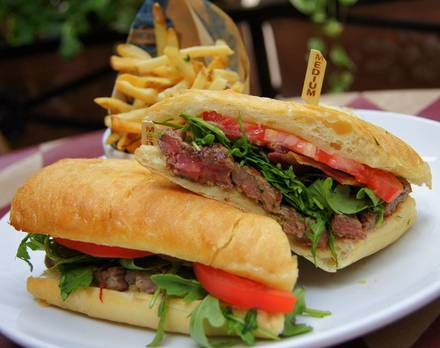 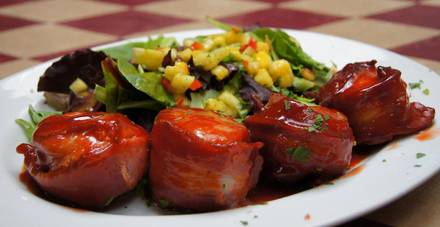 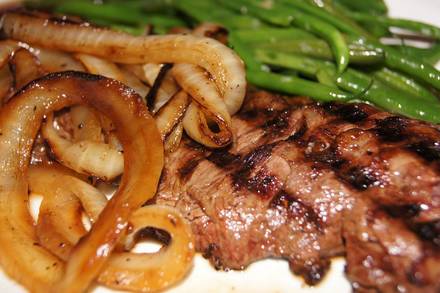 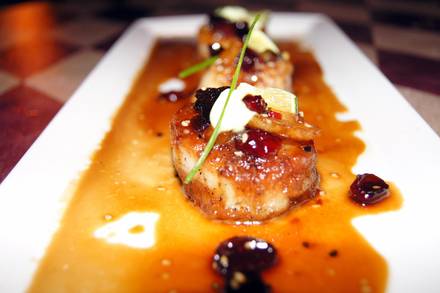 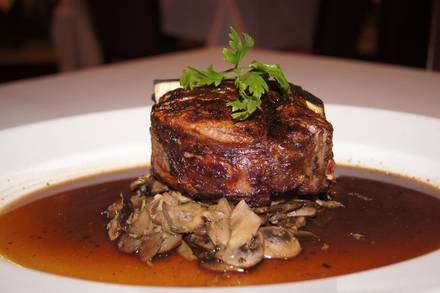 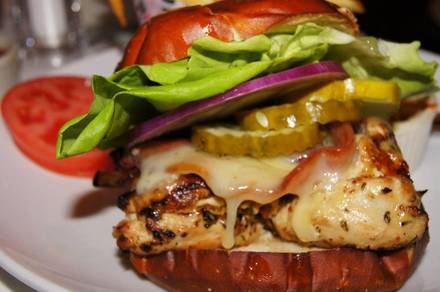 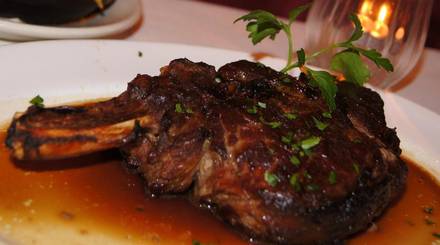 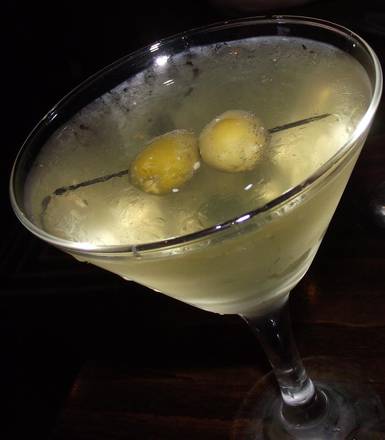 Rosebud Steakhouse, part of the iconic Rosebud Restaurants group, is legendary for excellence, serving some of the best steak in Chicago.

Alex Dana is the man behind the hugely successful Rosebud Restaurants. A little history is provided by the Rosebud Restaurant’s website: “Dana’s formative years as a youth were spent working at the restaurant his father ran. ‘That’s where I learned to work a kitchen, trimming meats, working prep, making steaks” he said, “it was a simple living.’ Then, Dana purchased and ran a downtown luncheonette for a few years, honing his business savvy and kitchen skills. After the success of that first venture, Dana opened The Rosebud, on Chicago’s Taylor Street in Little Italy. Slowly but surely, it became renowned for its delicious, authentic Italian cuisine made from fresh ingredients. Soon, it became a phenomenon—a hotspot for local and visiting celebrities.”

Steak was always part of what Dana offered to the world, and at Rosebud Steakhouse, that steady focus on red meat has been sharpened even more. Bone in filet, New York strip, Delmonico, all locally sourced, USDA Prime, representing the top 2% of all steaks available to the restaurant industry. At Rosebud Steakhouse, you can have your steak dressed with a number of toppings, including béarnaise sauce, king crab in an Oscar sauce, or bordelaise. This last sauce, the bordelaise, used to be quite common on steak house menus but as of late seems to have become relatively rare. It’s named after the Bordeaux region of France, and it’s traditionally made from that same dry red wine, butter, shallots and bone marrow in a demi-glace. If you’ve never had this sauce, or if you haven’t had it in a while, Rosebud Steakhouse is a good place to have your steak dressed with this classic.

A “new classic” sauce for your steak is salsa verde, a reflection of Chicago’s growing Hispanic population, though there is also a traditional Italian version, and it’s another worthy accompaniment to your steak. Herb-based and uncooked, salsa verde offers a pointed contrast to the richness of traditional sauces, like bordelaise.

If you have meat on the mind but prefer something other than red meat, there’s duck done two ways and slow cooked pork ribs…as well as brick roasted chicken. This chicken preparation involves cooking the bird under a brick or two; the added weight squeezes out some of the moisture while concentrating the flavor of the meat, rendering it denser and, bite for bite, tastier.

As Rosebud is, at heart, an Italian restaurant, there’s a good range of pasta offerings including rigatoni alla vodka, spaghetti and meatballs and linguini and clams. There’s also Rosebud eight finger cavatelli, which is a traditional Italian favorite that means “little hollows” (like little caves, get it?), and looks a lot like little hot dog buns. This cavatelli is folded with the fingers, of which we humans have eight (along with two thumbs) – thus the name.

Because Rosebud Steakhouse is on Walton in a hard-working and hard-partying part of town, you would be right to expect that they have a righteous happy hour. During the happy hour at Rosebud Steakhouse, you can get a slider version of their classic hamburger as well as a very large hot dog, daily tacos and oyster shooters, all to help lend ballast to our belly as you set off on a sea of cocktails.

Rosebud is a Chicago staple, and Zagat has written that “In a city with great steaks” Rosebud Steakhouse may be “overshadowed by glitzier chophouses, but it still really produces with a wide selection of top-quality cuts set down by old-school staffers; an elegant setting and pleasant atmosphere lend business-hangout appeal…”

It’s true, there are fancier places, and there are definitely more humble places, to get a steak in Chicago. Rosebud Restaurants in general and Rosebud Steakhouse specifically set a standard of excellence for outstanding steak. At Rosebud Steakhouse, you know you’re going to get one of the best steaks in Chicago, served in a place that carries on a proud tradition. Of course, if you want a “fancier” experience, you can opt for the chef’s table at Rosebud Steakhouse, which includes explanations of dishes and pairings from the chef; it’s billed as “The Most Exclusive Dining Experience in Chicago.” This chef’s table meal is coursed out from amuse to dessert, and includes seafood and steak, and it will be memorable. Or, you could just walk into Rosebud Steakhouse any night of the week, grab yourself a solo table, and have one of the best steaks in Chicago.

HAVE A PERFECT CHRISTMAS EVE DINNER AT ONE OF CHICAGO’S BEST STEAKHOUSES Chicago’s Best Steak Restaurants for Valentine’s Day Celebrate National Burger Month in Steakhouse Style Brunch Bites: Rosebud Steakhouse and Remington's Fathers Day, Let Him Do What He

If you are looking for the all American experience then this is the place to be. From start to finish the waiting staff were amazing, very helpful with recommendations and so friendly. Then there's the food. I had the trio of steak and it was the best meal I have ever had. Over ordered the sides, was recommended to order 1 side each but ordered 2 as it all sounded so nice, far too much food but every mouthful was joy. You need to book as very busy.

I recently visited Rosebud Steakhouse for a corporate dinning event. Typically these type of dinners can put a stress on the restaurant because it's 60+ diners at one time but Rosebud's excelled. Their entire staff was flawless with our group and every aspect of the meal was outstanding!! As I mentioned 60 of us walked in at the same time and the staff had drinks for EVERYONE in the first 10-15 minutes, which was amazing. This wasn't just pouring wine or water, I mean Old Fashion's, summer drinks off their menu, etc, etc.. They kept this level of service up the entire night, maintaining water glasses, refreshing drinks, and exchanging plates/silverware. Every food item seemed like we were sat for a party of 2. From appetizers to dessert the night was flawless. Soups were hot, salads were cold, every steak had a great sear on both sides, all accompaniments were fresh. You could tell nothing was sitting around. I can't speak highly enough on how professional and amazing the staff, food, and overall restaurant was that night. I can't wait to go back again!!

For someone not trying to spend $100 on a meal but still enjoy a good time with friends, the hamburger was one of the best that I have had in a long time. The fries and the special dipping sauce were great as well. Heavily recommended.

Told our waiter I was Gluten Free and he took care of me 100% throughout the entire experience. Thank you so much, you have no idea how much that meant to me. As someone with Celiac I am used to being treated like a huge burden, but your staff made me feel so welcome, like family even. Thank you thank you thank you!!! I am forever grateful!

What can I say about this establishment, this place is just super. I took the wife to Chicago for her birthday (we're from Cleveland) and being the ravenous carnivores that we are a visit to a steakhouse was imminent. I reserved a table Friday night, and from the moment we walked through the door we we're treated like the only customers in the place, and it was a packed house. Eddie our server was just always around. He gave us drinks, water, dinner rolls, and courses in a timely manner, all while treating like old friends 😀. It was the experience of a lifetime for my wife & I...the steaks were perfect along with everything else. 100 Stars 🌟🌟🌟🌟🌟🌟 We'll be seeing you again.

My experience on 03/26/22 at 7pm reservation was for "rafael" it was great! Loved it, for what you pay, you get what you pay for and I loved EVERY SINGLE BITE! I have ZERO COMPLAINTS! FOR ALL THESE PEOPLE COMPLAINING ABOUT THIS RESTAURANT, IF YOU DO NOT HAVE THE MONEY TO EAT AT A HIGH END STEAKHOUSE, OR COMMON SENSE TO MAKE A RESERVATION AT A HIGH END STEAKHOUSE OR IF YOU THINK YOU CAN JUST WALK IN THERE, TREAT STAFF LIKE TRASH AND EXPECT THEM TO LOVE YOU? YOU HAVE ZERO BUSINESS BEING THERE, PERIOD! 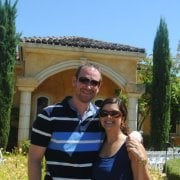 If you want an authentic Chicago steakhouse experience -- not just a routine chain restaurant-- then come here. And if you want to feel like a part of the... 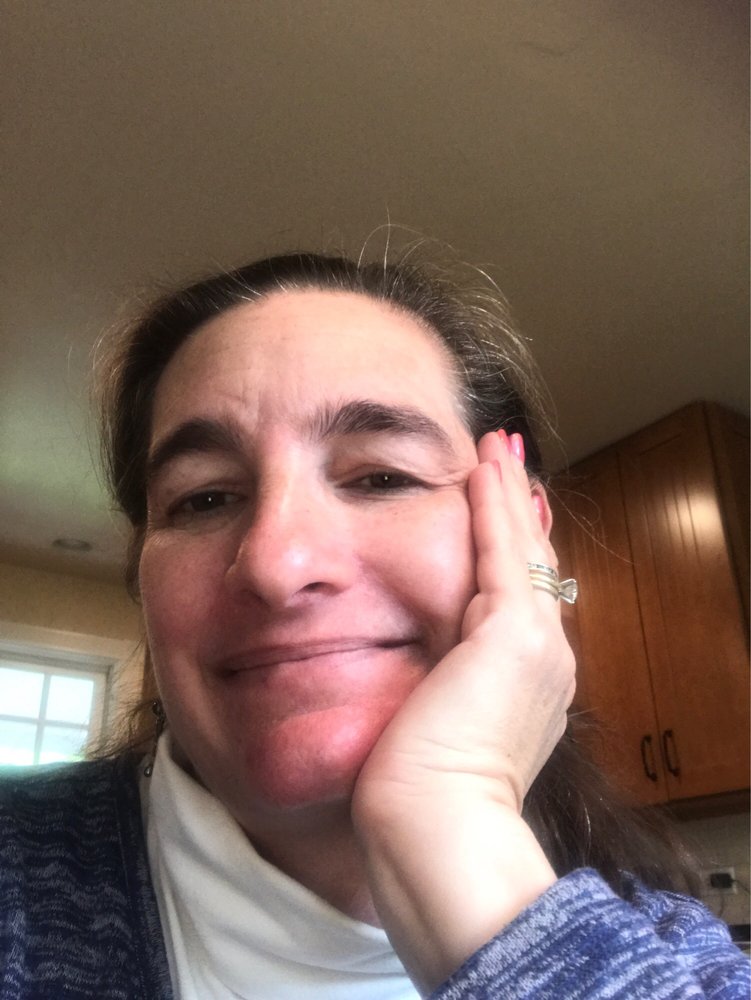 My husband and I enjoyed a wonderful evening dining at Rosebud. We were celebrating our 35th wedding anniversary, and everyone and everything was done to... 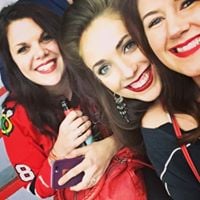 I have been telling myself I was going to give a review and now I finally am. My boyfriend Christopher and I love coming to Rosebud Steakhouse (this...

Absolutely great place. All of the food was fantastic and the staff was really great. Ambiance is nice. Did I mention the food was great? The only downside is it is not cheap (as is the case with most steakhouses). But, you can still get a very good meal for a reasonable price with a little care when ordering.

From first step in the door , it’s an experience. The atmosphere is old Chicago charm. You feel like the most important people there. The food was absolutely amazing taste and textures. Everything was cooked perfectly and they made sure the food I ordered did not contain anything I could not eat (food allergies ) and even improvised the recipes without hesitation . The chefs have to be very good and well trained. The staff was so great and welcoming and charming . Would definitely love to come back .