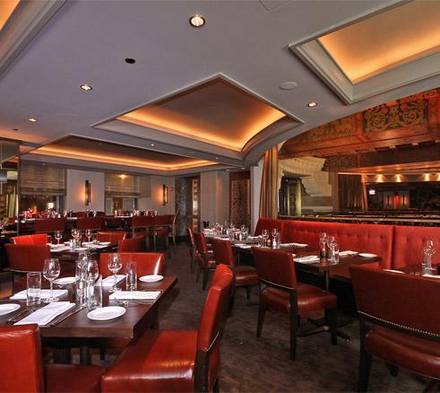 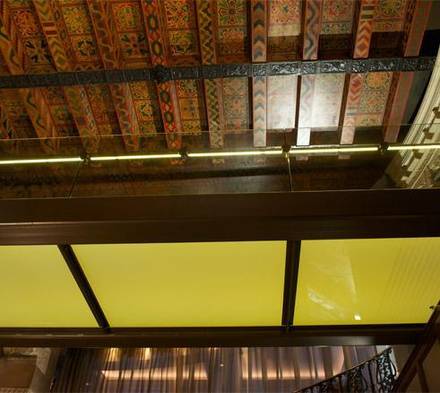 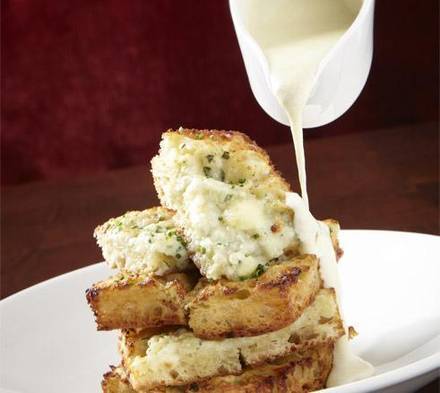 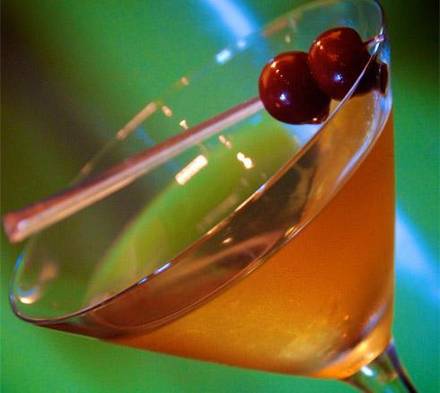 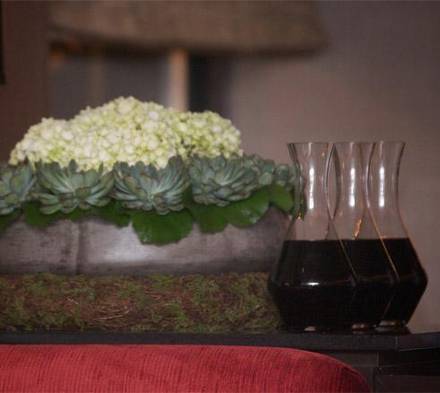 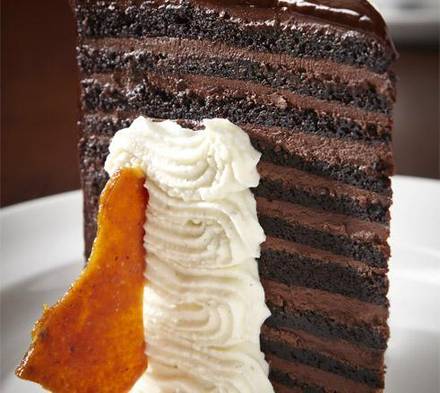 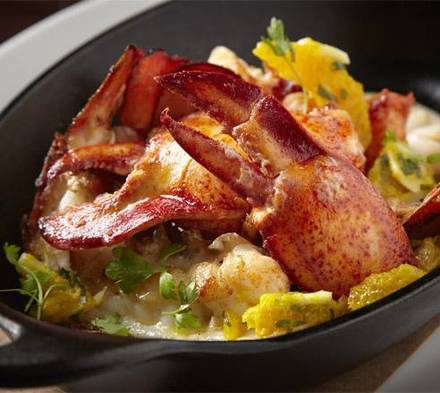 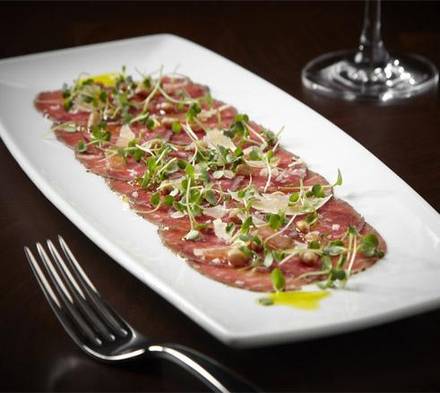 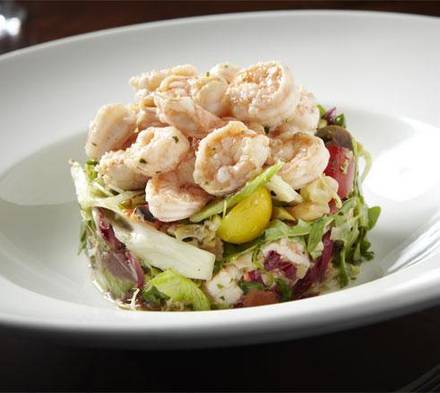 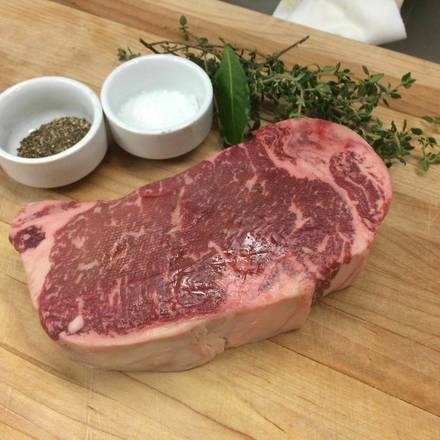 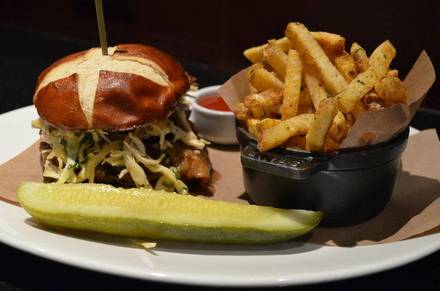 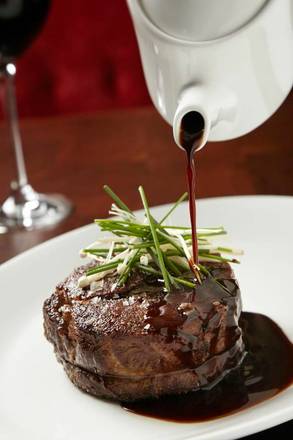 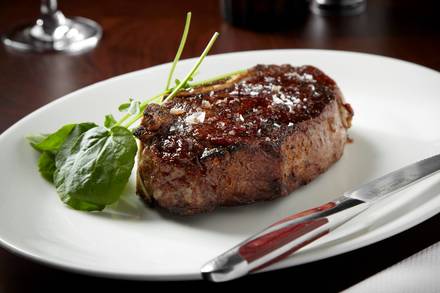 Michael Jordan’s Steak House: where one of the biggest names in sports bestows his name upon one of the best steakhouses in Chicago, with both achieve amazing things. With a goal to “elevate the steakhouse experience to the Michael Jordan level,” Michael Jordan’s Steak House invites you to kick off a championship meal at the bar. Cocktail selections resonate with machismo (in a good way) with beverages like Hemingway’s Blackout (Eldorado 8, orgeat, and Luxardo maraschino) and John Wayne’s Last Ride (Woodford Reserve, Cappelletti, Dolin Rouge, Aztec chocolate bitters). There’re also some exceptional pre-dinner wines and beers, bottled and on draft. Really, though, this is a steak house—so please do seriously consider a cocktail.

The 2017 Michelin Guide judges Michael Jordan’s Steakhouse to be “very good,” indeed, and explains, “Leave your dated 1993 Bulls jersey in the closet for a meal at this swanky steakhouse, tucked just off the lobby of the InterContinental Hotel. Leather and velvet accents telegraph an upscale vibe, and references to His Airness are subtle, from oversized sepia photographs of basketball netting to a 23-layer chocolate cake for dessert. A glass of Amarone with a dry-aged Porterhouse is always a slam-dunk, but the kitchen also turns out pleasing modern twists on steakhouse classics. Chicago's famous Italian beef gets an upgrade with smoked ribeye and aged provolone. Similarly, the traditional wedge salad is presented as a halved small head of baby romaine, layered here with creamy Wisconsin blue cheese and thick slabs of crispy bacon.”

About leaving your Bulls jersey at home, yes, that’s a good plan. In fact, there’s a dress code at this upscale restaurant, but nothing too Draconian…and nothing written in stone, but look: Michael Jordan’s Steak House is on Michigan Avenue, the Magnifiicent Mile, one of the fanciest of Chicago’s fancy pants neighborhoods. You don’t have to wear a suit and a tie, for goodness sakes, but you don’t want to show up in a t-shirt and a thong, either, unless you happen to be the namesake of the place, in which case, come as you are. For the rest of us, business casual or even just casual is fine. Believe us, you’ll be more comfortable if you dress for the occasion of dining at Michael Jordan’s Steak House.

So after drinks, how to start dinner? There are the standard shrimp cocktail and oysters on the half-shell, but what you should really try is a vintage Chicago classic: shrimp DeJonghe, which originated in the late 19th century at DeJonghe’s Hotel and Restaurant, a longtime and long ago fine dining magnet at 12 E. Monroe. This casserole of whole peeled shrimp is blanketed in bread crumbs, perked up with garlic and sherry, and at Michael Jordan’s Steak House, upgraded with black garlic-truffle butter. Another very special appetizer is the deviled bone marrow, with short ribs, arugula and gruyere, a rich and earthy way to get into the meat of the issue.

For modest appetites, there’s the petite filet and the filet mignon, of course, but this is Michael Jordan’s Steak House, so you might want to do dinner in a big way. MJ’s Delmonico is 16 ounces of USDA prime, aged 45 days. Although the Delmonico steak is a classic that originated at Delmonico’s restaurant in the mid-19th century, steak houses sometimes serve a Delmonico that’s bone-in or boneless loin steak; at present day Delmonico’s and at Michael Jordan’s Steak House, it’s a rib-eye…and a classic.

The dry-aged Porterhouse at Michael Jordan’s Steak House is a thing of beauty: 34 ounces, with only arugula and lemon; all it takes is slight bitterness and acidity to set off this magnificent cut of meat.

The steaks at Michael Jordan’s Steak House, like the baller himself, go beyond expectations with small moves that finesse the play. For instance, the petit filet is dressed up with ramps, wild indigenous onions that were harvested by Native Americans on the shores of Lake Michigan and are now treasured by Chicago chefs.

Of course, there are always add-ons, and at Michael Jordan’s Restaurant, these are much more than just after-thoughts. Consider, for instance, the roasted king crab; more than just a side, this crustacean could conceivably be a whole meal for some, or the baked stuffed half-lobster, also with whole meal potential but here just a side-show to the main attraction, which, not surprisingly, is usually meat.

As at so many steak houses, the fish and seafood at Michael Jordan’s Steak House are beyond the level of most everyday restaurants…even some that specialize in gifts of the sea. There’s pan-roasted halibut, rendered exquisite with a shellfish nage, and seared sea scallops with English pea puree and pea shoots that enhance the delicacy of these exquisite sea creatures.

The Michael Jordan theming is pulled through when dessert rolls around. There’s the chocolate cake with 23 layers (get it?!), as well as a sweet potato cheesecake with crème Anglaise. Score!

Delicious! We had a wonderful experience. I asked for a candle in the dessert for a Birthday when I made online reservations and everyone handled it beautifully! The garlic bread was really really yummy, they pour a delicious blue cheese fondue sauce over the it at the table (you could probably have it on the side). We had the steak flight and all agreed that we liked the dry aged prime the best although all three were very good. The 23 layer cake is a must have and there is plenty to share.

I had very high expectations of this place. The website and pictures look very promising of the quality and service you are about to receive, but it's the complete opposite once you arrive. The service was not what I expected to receive when I arrived. With the valet parking, there was no one to guide you until you had to come in and have the host say that the valet is next door to the hotel. The hostess does not greet you as you would expect. They were running around ignoring you until you had to make yourself known. I was only a couple of minutes late for our reservation but had to wait an additional 20 minutes to be seated. The service was not as good as I had hoped. They would only come around occasionally to ask how we were doing, but nothing more. Compared to other tables around us, their server was knowledgeable about the menu items and was happy to please them. The presentation of the food was lovely, but quite the opposite when you got a taste. Some contributed no flavor, such as a colossale crab cake and the garlic bread, which is just a big loaf of bread with sauce poured on top. The decor and ambiance were great, but this was my first and last experience coming to the Michael Jordan steakhouse.

This place is totally worth it. You should definitely visit here once for an amazing experience, especially if you are from Chicago or an MJ fan. The food is absolutely delicious. Do not miss their Garlic Bread with cheese fondue. It's the best. The desserts are amazing. Let them know if you are celebrating a special occasion for a special complimentary presentation.

Was warned that this place is a “tourist trap” and it definitely was. Being basketball fans, we wanted to check it out still but the food was not worth the price. We asked for our steak to be made medium rare and it was brought to our table rare. We got the 23 layer chocolate cake which was cool. The staff was nice.

Best steak I’ve ever had! The staff is super sweet, place is very clean and well kept. It is inside the hotel so sees plenty of traffic. Had our work event here and we had a blast! A little pricey but absolutely worth it! I Recommend for sure!

A genuinely superb restaurant that exemplifies the word luxurious. We had a wonderful time here celebrating our anniversary. The staff was incredible and accommodating. The Manager, Kristen, was beyond kind and conversationally engaging. Our server, Sarah, was so polite and attentive that we never went without food or drinks. Impeccable service of the highest echelons and standards. Thank you for the anniversary pie, such a nice touch, and we were both incredibly thankful. Any questions raised were answered quickly and efficiently addressed. Sarah made the experience more immersive and was a pivotal member of our memorable experience. We couldn't have asked for a better adventure; we highly recommend Michael Jordan's Restaurant, truly remarkable. 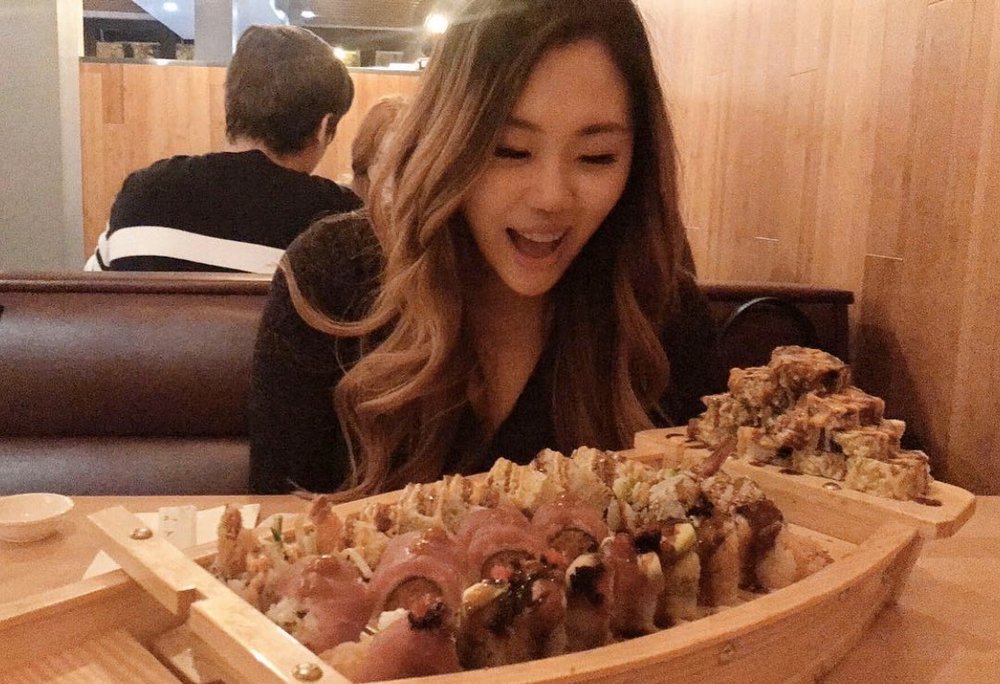 Came here to celebrate a friend birthday. The waitress was kind but seems as if she picked and choose who gets her full service and who don't. I saw how she... 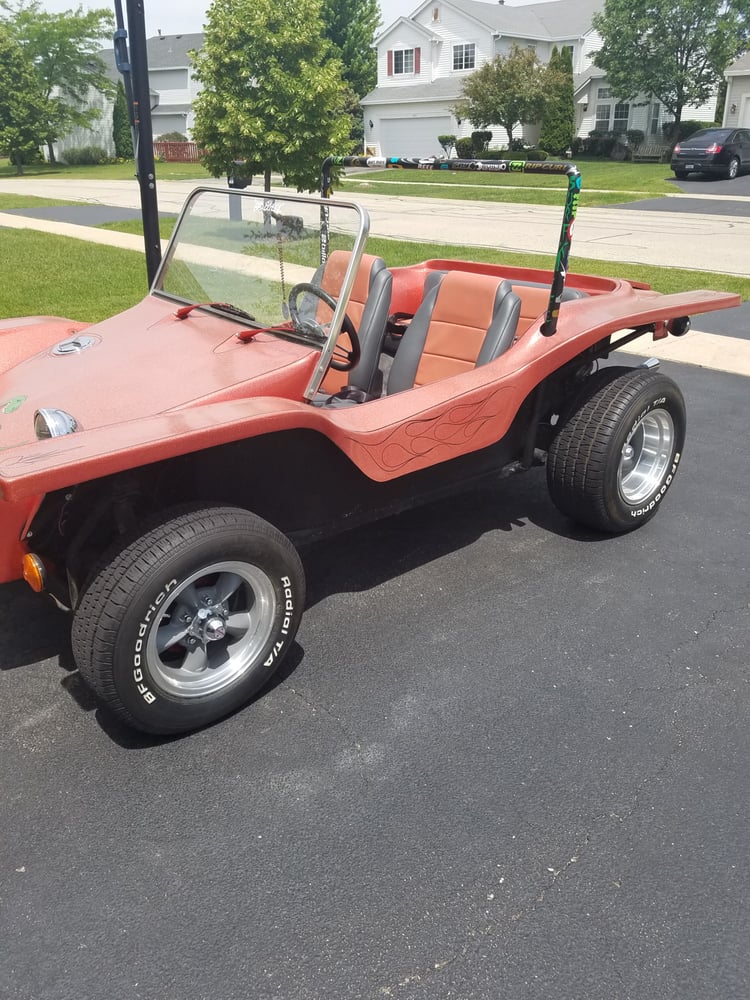 Unfortunately I have to say no. I'm a big fan of the man...but this restaurant is extremely overpriced, over rated and over the top covid compromised. $17...

I was excited to try this place because it's Michael Jordan stake house, located in a great building in Chicago. Once you enter, you will find a nice entrance with some basketball decorations. On the left side, you will find a kind of sports bar where you can watch a Chicago bulls match. Once you go upstairs, you will find a nice business dining space perfect for business or a romantic date with your partner. The food was good; we had some starters and a plate with 3 different types of meat that were perfectly cooked. The side dishes are amazing. I highly recommend this restaurant for a business dinner or a romantic diner if you have a high budget.

Loved the servers enthusiasm and the simple menu. The steak was cooked to perfection (Delmonico 16oz), and it kicked my butt. Can you say doggy-bag please? I will be going back to try other meals but so far its a great place. The atmosphere is clean and upscale and being seated was quick. Reservations were important to have.