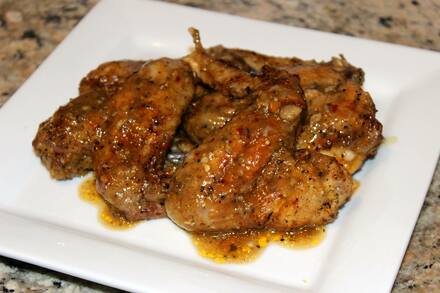 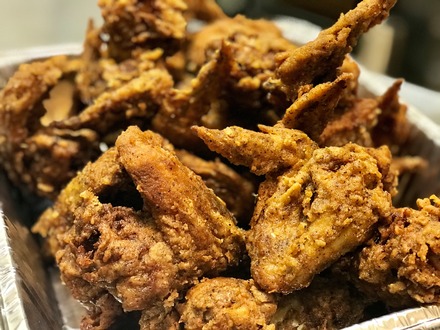 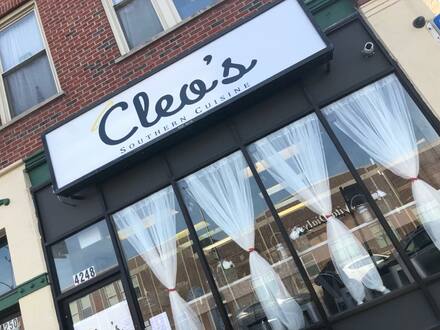 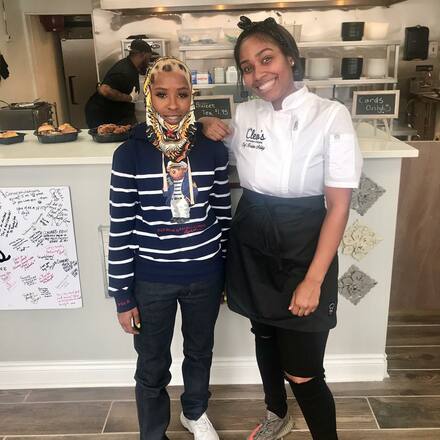 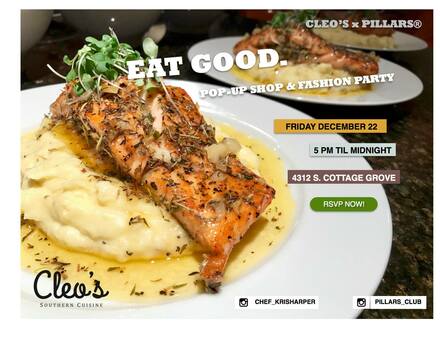 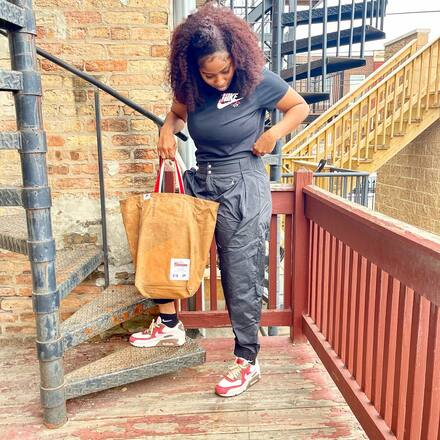 Cleo’s Southern Cuisine in Bronzeville – and now in a new Time Out Market location -- is winning regional and national acclaim for Chef Kristen Ashley’s Creole and southern-style cuisine.

Cleo’s Southern Cuisine has been getting a lot of very good press in places like the Wall Street Journal and also Essence magazine, which reports that “The warm, friendly atmosphere of the restaurant will be familiar to anyone who has spent time in a close-knit congregation. Staff dish up food behind the counter, and a chalkboard menu takes up a large part of one wall.”

It’s in this warm, casual atmosphere that Chef Ashley – and the rest of her family – serve up hearty, heart-warming dishes.

Ashley’s fried chicken is renown, but credit for such culinary achievements must also be extended to her excellent preparations of other southern classics, like Creole Buttered Colossal Crab and catfish in several different preparations.

Classic Baked Mac n’ Cheese is the side dish most likely to be ordered by regulars, as is Buttered Herb Rice and Sweet Buttered Corn. But there’s a whole lot more to enjoy.

The chicken, whether sauced or straight-up, is fantastic, but for those who prefer heart-healthy entrees from the sea, there’s salmon in a number of palate-pleasing preparations. Salmon comes in tantalizing dishes like Red Chili Pan-Seared, Mango-Habanero Pan-Seared and Hot Honey with Shrimp and Grits (a classic southern favorite).

For dessert, there’s Chocolate Hazelnut Banana Pudding, a cool and complementary “twist” on a classic, and Watermelon Italian Ice, a winning take on the classic Italian refreshment, and a perfect conclusion to a meal of down-home classics.

Yes. Yes and YES! Came here for the chicken sandwich + 24k gold muffin and I’m definitely going back. The only improvement is the staff was a bit slow and seemed to be confused between my order (eat-in) and another order (pick-up) so I ended up getting an extra muffin for my trouble and he was kind and apologetic. The sandwich was rich and the sauce is a great blend of savory, spice and sweetness. Great place! 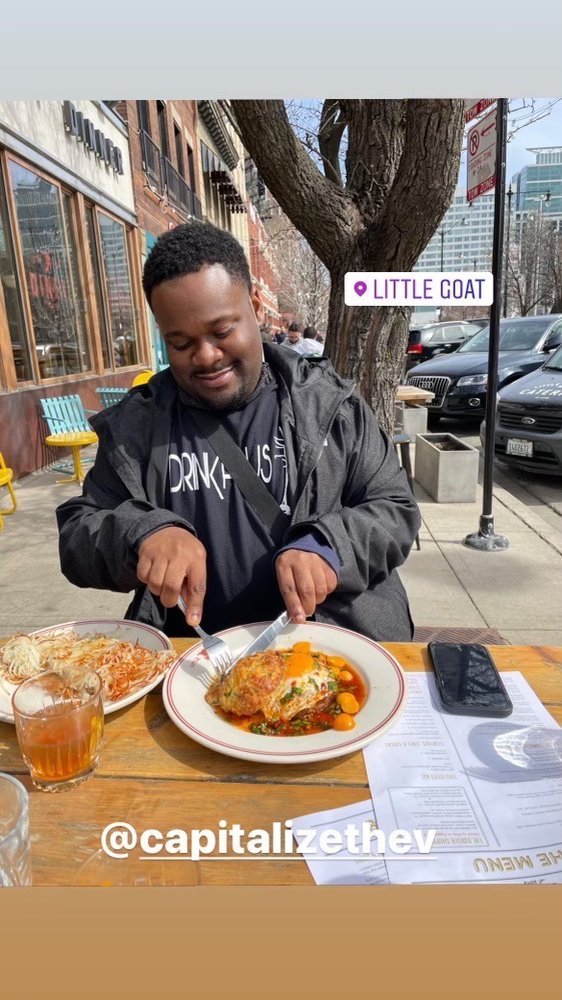 Cleo's is amazing. I must give it up to the Chef Kristen for such an extraordinary flair on southern comfort food. Please know this restaurant works best... 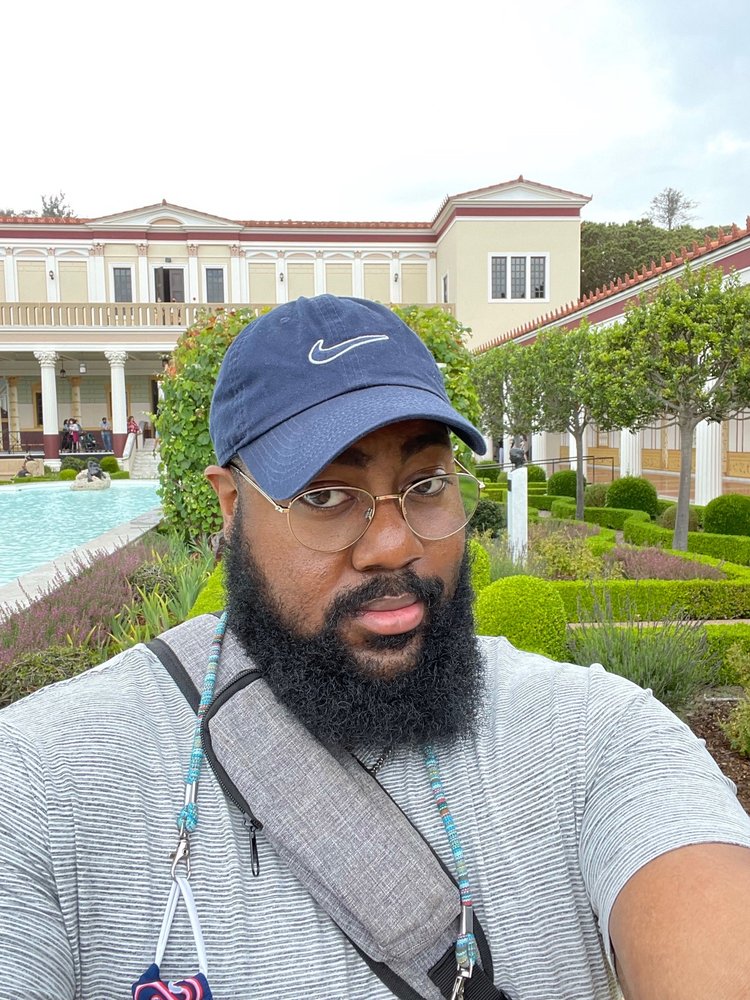 I have no pictures from my latest order at Cleo's and that's because the food is so good, there's no time to pick up your phone in between bites and it... 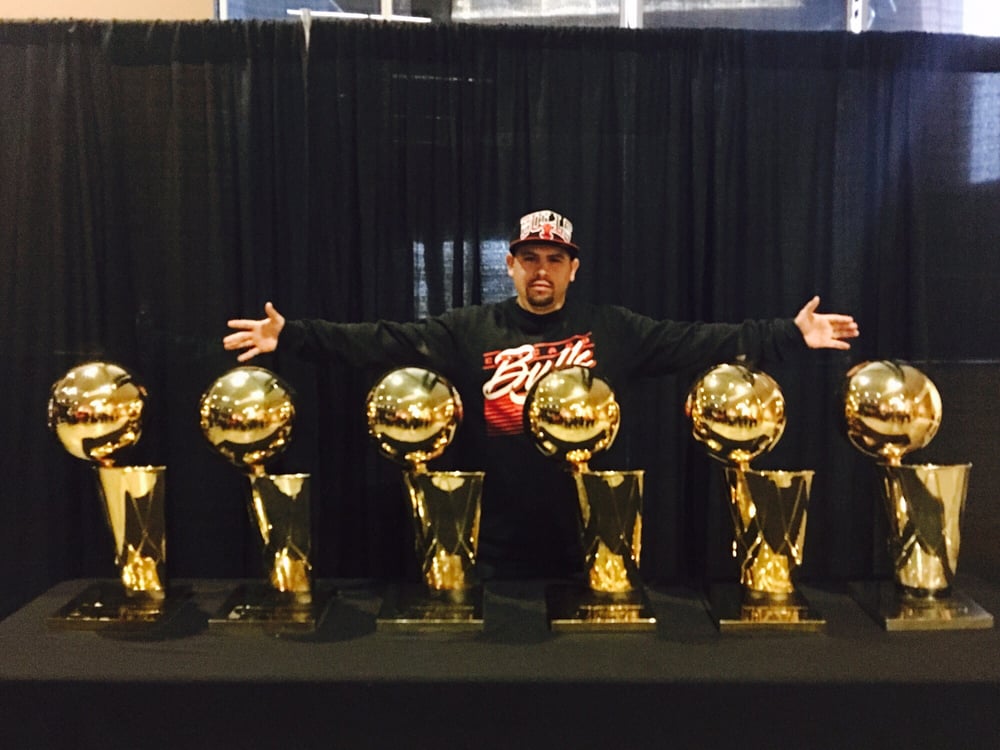 I've been wanting to come here for a while, but they're hours have made it difficult to visit. They're only open Fri-Sun, and they open at 12. But thats...

The chicken sandwich is so good. You got to try the chicken and waffles

I ordered the wings and 24k muffin combo. After paying, tipping, and waiting for 20 min I get buzzed to pick up. I get to the counter, they had no more muffins. No one mentioned this when I ordered or during the following 20 min wait. No offer to fix it or replace it. So it's now just a plate of wings. Don't get me wrong, the chicken is good. But, I can get fried chicken by my house. I came here for the sweet savory combo. Good chicken. Bad problem solving skills.