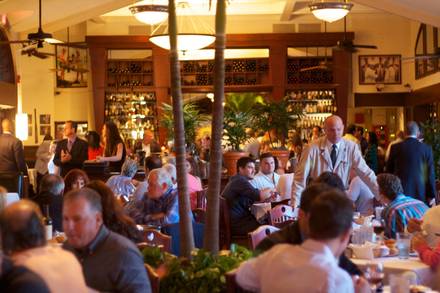 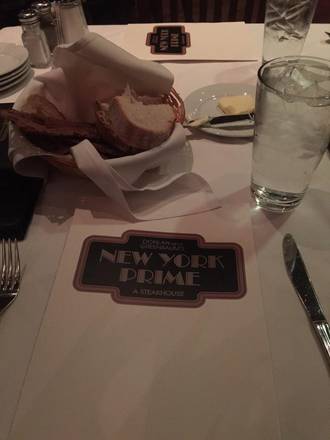 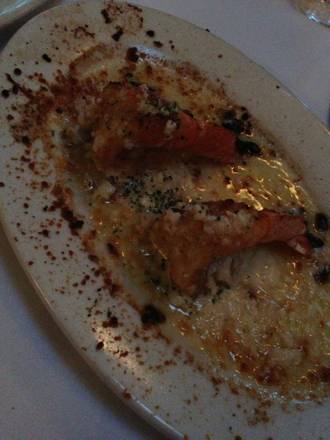 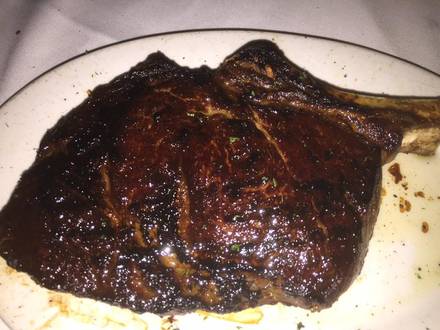 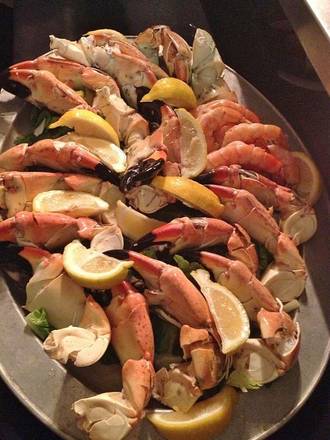 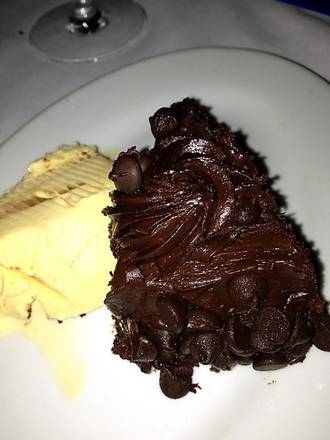 With locations also in Atlanta and Myrtle Beach, New York Prime aims to be a classic, New York-styled steakhouse. It's even garnered a few awards for its attention to service and concept, from Jezebel ("Best Steakhouse" 2003-2014) to Zagat ("1 of 1400 Top Restaurants in the World" in 2011).

Best steakhouse in the area by far! Food and service were perfect. Live music and attractive crowd. Doug the GM is one of the best in the business. 5⭐️

The bartender, I believe her name is Tiffany, she appears to be mixed with black and something else, I’m only saying it to describe her, being that I’m not sure of her name. But she had an attitude tonight after I didn’t enjoy the butter cake. It is a delicious dessert but much too sweet for my liking, nonetheless, even if you are upset that a guest didn’t like something ummm remain professional instead of blatantly showing the guest your displeasure. She literally had a complete attitude with me and made it ridiculously obvious, I even observed her body language and gesture while speaking to the manager about it. Seriously don’t understand how a hospitality professional doesn’t know to remain professional even if they dislike a guest.

One of the best steaks! We had a perfect dinner. Everything was amazing, from the hostess, service, and food—definitely one of my favorite places. Highly recommended. Thank you.

I was really excited to take my husband and parents to try a new steak house. Looking at the reviews I was confident we'd have a great meal. Unfortunately, out of five different food choices EVERYONE of us had flavorless tasted food, a waitress who kept mumbling under her breath and watered down drinks. For the price I am shocked they aren't embarrassed with their service and bland tasting food. I doubt my review will mean much as this place is still fully packed, but for the true foodies out there who know good food BEWARE! It's not at all worth the price, or the poor service they gave the ONLY Black family in the whole entire restaurant 😒.

This steak is incredible! I’ve been having trouble finding a south Florida spot that rivals my favorite steakhouses in other cities but New York Prime held its own! The steak was exceptional! Perfectly tender and expertly prepared. Enjoyed the carpaccio appetizer and the bread they bring when you’re first seated is a great touch. Drinks were strong and well balanced. Service was great! Tried a filet for my first visit. Asked for the steak rare which they delivered on. It’s a hearty portion and it’s prepared perfectly. Red throughout! Looking forward to trying more steaks in the future! For dessert we tried the butter cake and cheesecake. The butter cake was rich with fresh berries and ice cream. Cheesecake was also good.

Never coming back. Way to expensive for what you receive in return. I will start with the good stuff, seafood platter as a starter and the smoked bacon, both of them were awesome and properly prepared, quality of the food is really good and service was professional. Now, the bad news, way to crowded, waiters we're not catching up even by doing their best, took 80 min to get our steaks, once we got them, all of them were burnt top and bottom, which was such a shame killing such a nice meat. Chips were also really burnt. I would have asked for replacement but I was fed up of waiting. Next day, felt really sick after this meal.

Took my wife there for her birthday. The ambiance was lively and great for people watching. The baked shrimp was delicious and one of my favorites that always has me coming back for more. The bone-in ribeye was cooked perfectly. The sides paired well and ultimately it was a success. NY Prime is a Boca staple and once again it didn’t disappoint. One of my top 3 steakhouses.

The best of best as Always. I would by far consider this one of the best restaurants in South Florida! Lobster to die for!

I would say overall a great experience. The food was good and definitely didn't leave hungry. I am giving 5 stars mainly because Tiffany was just top notch she was very attentive and always asked us how we were doing. Food was good and I would say could stand toe to toe with most of the other steakhouses I have tried in the area. But if there is a reason I would go back it is because Tiffany, and I hope I am spelling the name right. There is good service and then there's exceptional service. She was just top notch. Thank you for making our experience here one of the best we have had since here in Boca.

My husband and I had the most wonderful dining experience tonight‼️ The food at NEE YORK PRIME was spectacular; only superseded by our waiter CARLOS!! Joyful, Delicious Dinner…. Thank You Carlos and all the great staff!!!!!♥️

We love this restaurant and cannot believe the bad experience we received tonight. What makes it worse is after speaking with the manager who said he would fix things , but unfortunately he did nothing. 1) it took one hour for the bread basket to arrive and after sitting there for another 1/2 an hour we were asked if we wanted appetizers. The appetizers were good but it took another 1/2 an hour to order entrees. After waiting an hour the Waiteress came to tell us our food was late because there was 2 tables ahead of us. I finally got my garlic chicken it was dry and non edible. Every restaurant has a bad night, I own 4 restaurants and can relate. But you would think that after telling the manager something would happen but it never did. Anyways I myself will probably not go back for a very long time and maybe never. It was a waste of 850$.

BEST RESTAURANT i’ve been too hands down, and i’ve been to many. absolutely fantastic service !! The food was amazing. Even the valet were wonderful. The servers and all of the staff completely incredible, kind, and on point !! Such a great atmosphere to be in highly recommend to try it out ! I had a salad and 4lbs lobster which was bigger than anticipated but so good ! Can’t wait to try out a dessert next time(:

First timer this past weekend. Amazing food and luxurious atmosphere with live entertainment. I felt like a celebrity! Ask for the fettuccine they heat it up in front of you!

My husband took me there yesterday for a birthday dinner. Everything was amazing 10/10 from staff to food!!! Crab cake was out of this world 😋🤤 Couldn’t finish my salmon because I was full after appetizers 🥰🥰🥰 My husband enjoyed his steak everything was perfect! Will be back again. Thank you 🙏