5 Steakhouses That Prove D.C. is the Steakhouse Capital

Right up there with New York City and Chicago, Washington, D.C. is regarded as one of the country’s quintessential steakhouse cities. In fact, the capital city is stereotypically billed as a steakhouse powerhouse town, where movers and shakers clink martini glasses and make deals over burly plates of beef. And while some of that may be true, the quality of these steakhouses can’t be denied. Especially nowadays, as D.C. is home to some of the best, most unique and destination-worthy steakhouses in the world. For proof, read on and check out these sizzling hot spots:

Claudia’s Steakhouse: A prime example of D.C.’s ever-expanding steakhouse scene, Claudia’s Steakhouse proves that the meaty pastime need not be confined to Americana meat and potatoes. Rather, Claudia’s takes a Latin approach, resulting in one of the funnest and most exotic dining experiences in town. It’s the kind of boisterous, lively place free of tired pomp and circumstance; where patrons can sip punchy cocktails and dig into bracing ceviche mixto or salads brimming with corn, jicama and avocado. There are steaks of course, like filet mignon and bone-in rib-eye, but even those skew exotic with accompaniments like chimichurri, fried lobster and Malbec sauce. Try one of the house “favorites,” Claudia’s Negra Modelo Drunken Rib-eye, which is sort of like the beef version of beer-can chicken, served with mixed vegetables and wine reduction.

Del Campo: Yes another Latin American-inspired steakhouse, Del Campo set up shop in Chinatown, doubling down on cultural exoticism. While much of the menu may gear toward the traditional meat-and-wine route, the flavors are bright, zesty and unique, not to mention transportive. Argentine steaks, chorizo and smoked lamb shoulder are a few highlights off the “asado” section, along with other options like blood sausage and veal sweetbreads. Each meat can be served with optional sauces like chimichurri, salsa criolla and smoked citrus hollandaise. Along with more commonplace sides like broccoli, Brussels sprouts and sweet potatoes, there’s fried yucca with aji amarillo.

BLT Steak: Throughout the menus at BLT Steak, you’ll find surprises and unexpected ingredients and preparations. Like Burrata flecked with pomegranate seeds, a chopped vegetable salad enhanced with an oregano vinaigrette and double-cut racks of lamb dotted with toasty pine nuts. Altogether, it makes for a glamorous steakhouse experience that’s unconventional enough to make it fresh and new. As for the steaks, all beef is USDA Prime or 100% naturally raised Black Angus, along with a selection of Kobe-Wagyu offerings.

District Chophouse & Brewery: It’s not every day a steakhouse doubles as a brewery, which makes this place a rarity in the restaurant world. It’s also inherently fun, relaxed and riotous, which is a breath of fresh air for a restaurant breed that typically skews upscale. But that’s not to suggest the food isn’t of the utmost quality, either. Along with offbeat options like New Orleans barbecue shrimp and panko-crusted chicken tenderloin, there’s prime steaks like a bone-in Kansas City strip, a 16-oz. New York strip and an Angus top sirloin, to name just a few. All cuts are served with white cheddar mashed potatoes, baked potato, seasoned fries, vegetables or pecan wild rice pilaf. 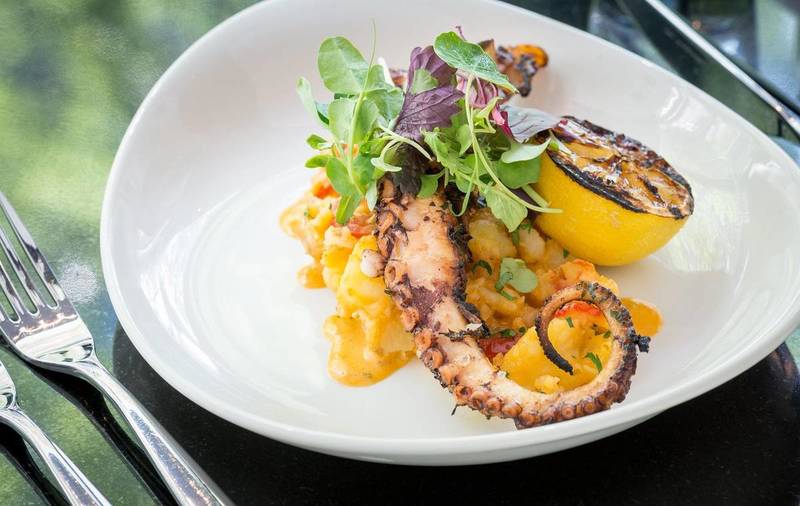