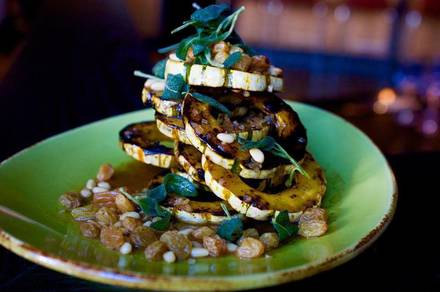 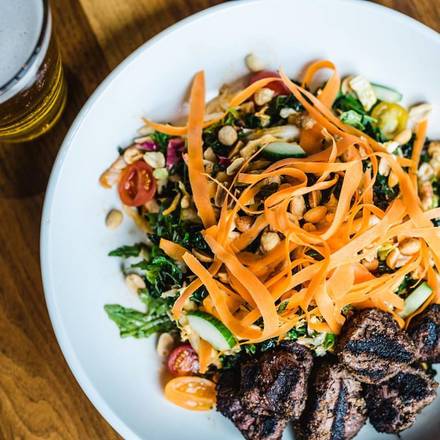 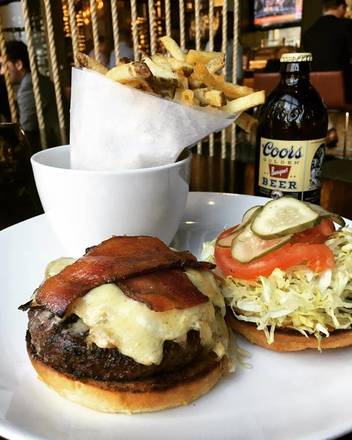 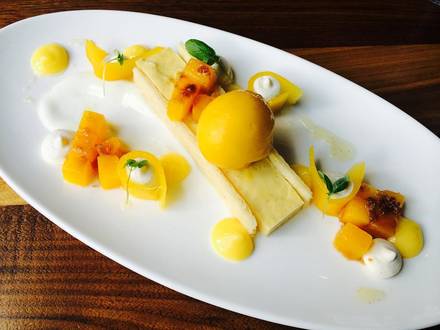 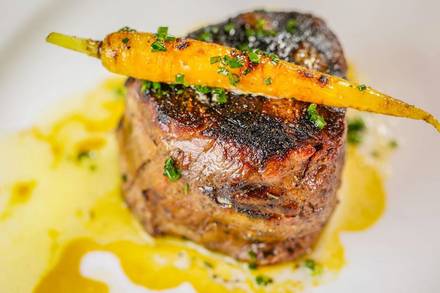 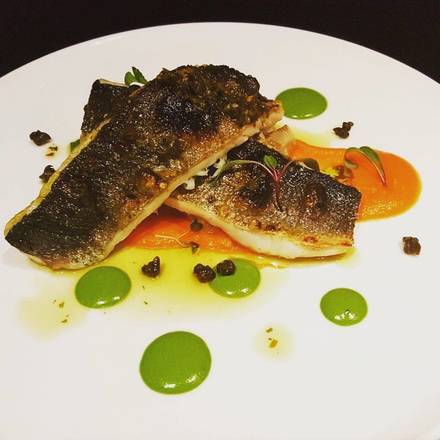 Located in the prominent landmark building in the heart of downtown Denver, Guard and Grace is named after the chef's daughter. Chef/owner Troy Guard puts his own spin on the contemporary steakhouse scene, which features dinner nightly and lunch during the week for the district's well-heeled business crowd. Lunch crowds will find a nice selection of prime and Angus steaks on the menu as well as midday staples.

They'll get to choose from gourmet sandwiches like a prime rib French dip that's cut to order to an oak-fired fish sandwich of barramundi on a potato bun. There are also entree salads such as the Vietnamese steak salad, beef tenderloin tip salad and grilled shrimp salad.

Dinner highlights, of course, are the steaks. Prime ranges from an eight-ounce New York strip to an 18-ounce 21-day dry-aged bone-in ribeye. Angus features are a 16-ounce ribeye, eight-ounce filet mignon and grass-fed filet. Those who cannot make up their mind may order the filet mignon flight of four-ounce prime, four-ounce Angus and four-ounce grass-fed. There is also a prosciutto tasting flight and chef's tasting of house-made charcuterie.

Its space encompasses 9,000 square feet, which includes a 4,000-bottle, temperature-controlled wine cellar and multiple private rooms. The restaurant has won awards and accolades for its contemporary design elements and food, including from the Crystal Design Awards, 5280 Magazine and Zagat. Guard and Grace was also voted "best steak" in Denver by 5180 Magazine four years in a row, 2014-2017.