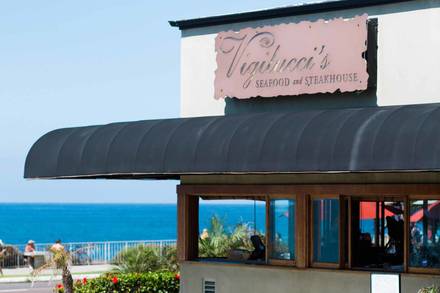 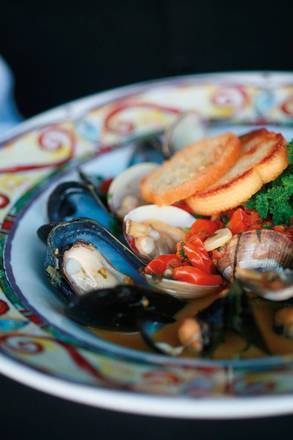 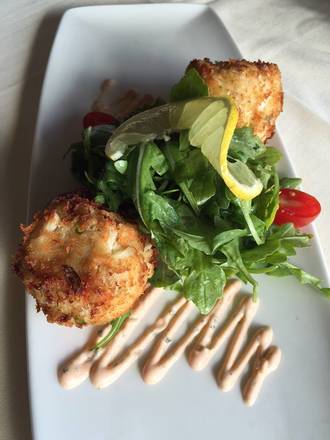 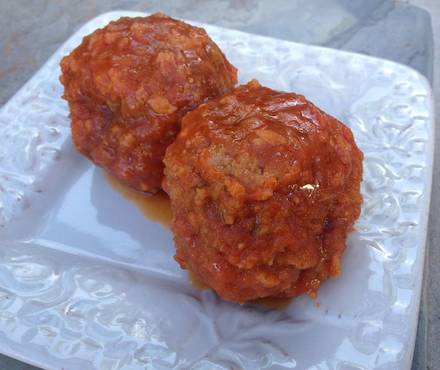 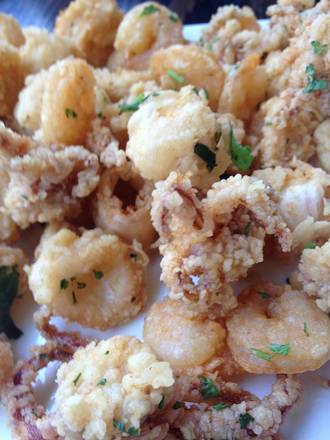 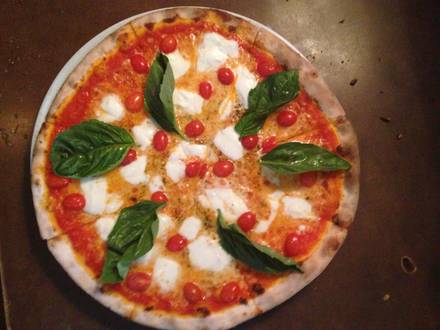 Italian-born restaurateur Roberto Vigilucci came to the United States in the mid-1980s and set his sights on opening a restaurant serving the cuisine he loved from his home country. In 1994, he first opened Vigilucci’s Trattoria in downtown Encinitas. By 2014, he had successfully launched additional restaurants up and down the San Diego county coast from Carlsbad to Coronado under the umbrella of Vigilucci’s Restaurant Group.

With Vigilucci's Seafood & Steakhouse--on the corner of Tamarack and Pacific Coast Highway overlooking the Pacific Ocean--he features only certified prime steaks and fresh seafood with an Italian flair. To make matters better is the fact that guests are treated to 180-degree ocean and sunset views as they dine.

Highlights on the menu include many house-made pastas such as seafood ravioli and gnocchi, plus a number of prime steaks, chops and lobster. 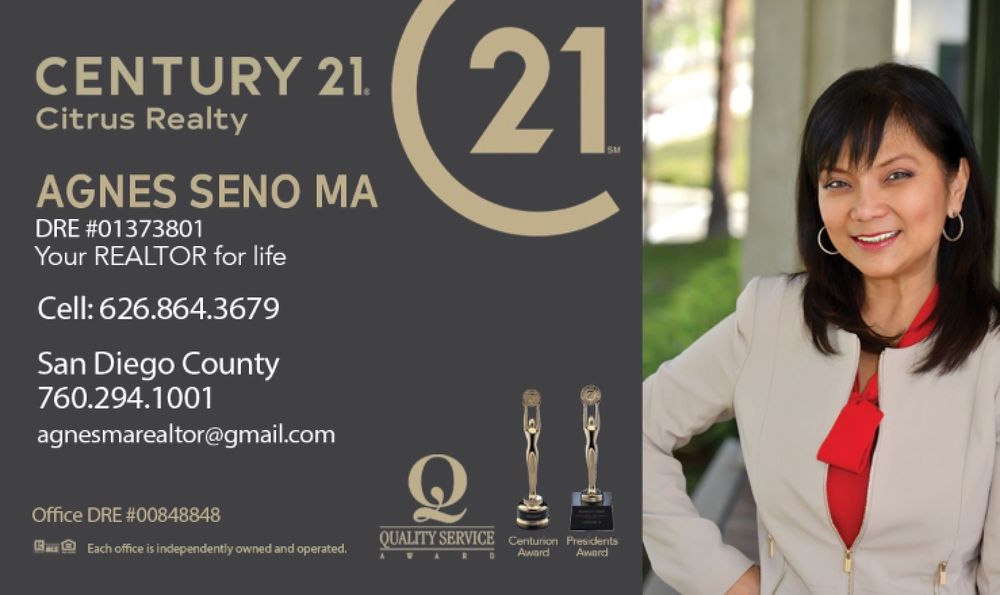 I ordered Cioppino. Took home what I couldn't finish and had it for... not one, not two... but three more meals! For the fourth time I had it at at home,... 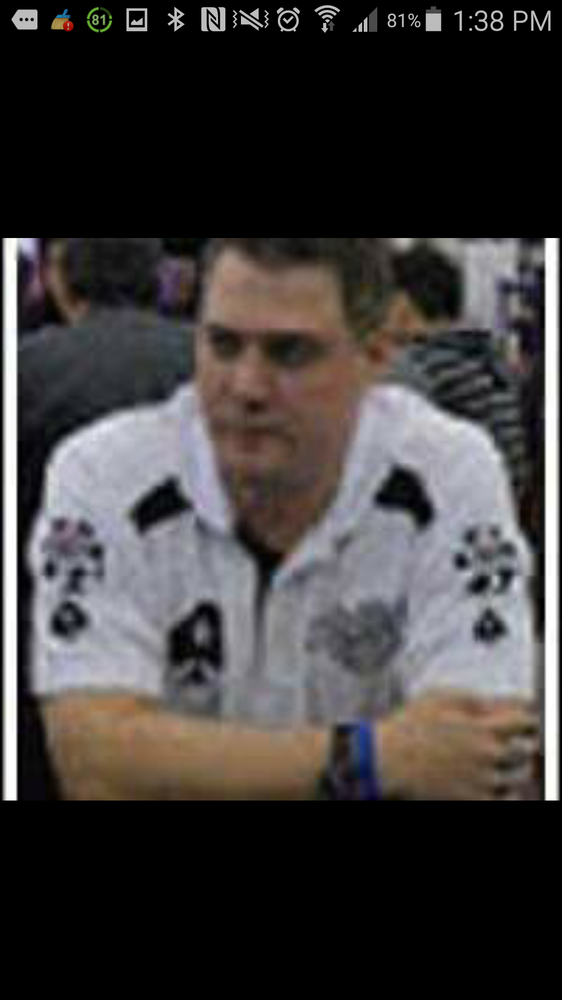 In my 350+ reviews I've given alot of 4 and 5 stars. Over 90% to be exact. I love steakhouses and have been to alot of great ones, including Born and Raised... 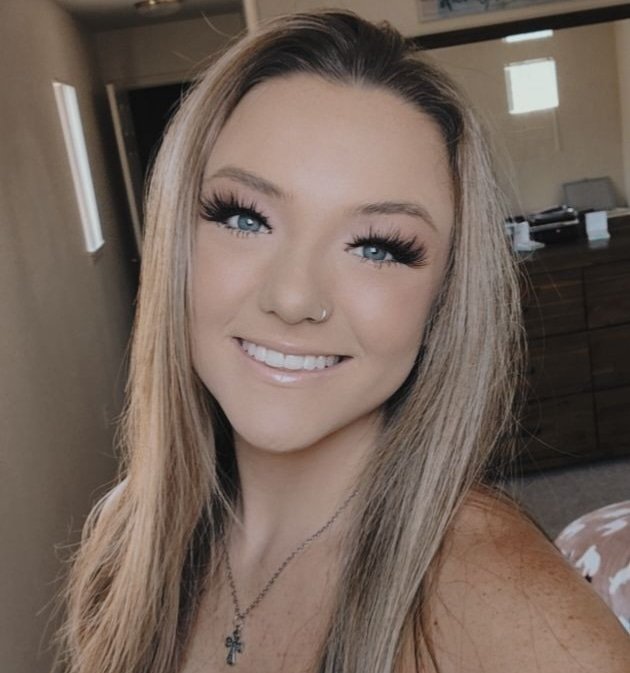 GILLY GILL! Our first time dining at this lovely establishment and the experience was made all the better thanks to our server Gilly. He was attentive,...

Great place to Experience the Southern California ideal lifestyle with food and ambience. Best lace to spend a Afternoon if you like people watching. The food is always on point too. It’s a little bit on the pricey $$$$ side you’re going to pay for all this beauty but sometimes life is worth it! Vigilucci’s Seafood & Steakhouse is perfect for: Special Occasions/ Dates/ Need Inspiration to get back out in the world..? I recommend a table outdoors with a view looking at the Pacific Ocean! 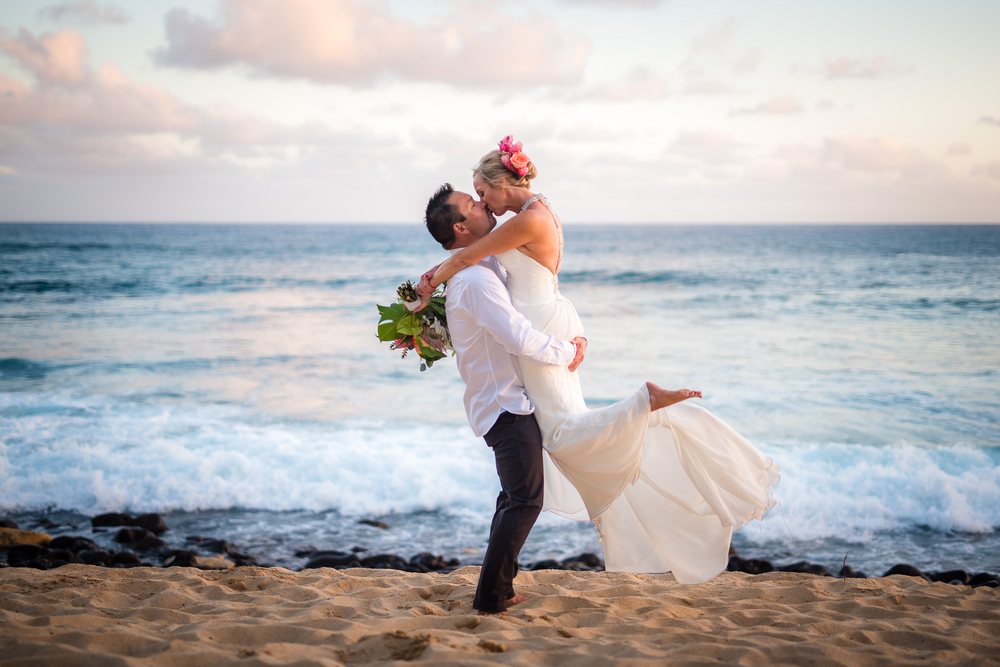 It was OK. Met a couple girlfriend here for lunch on a Saturday afternoon. We sat on the outdoor patio, nice but very loud as it's right on the street with...

Top notch all around! Had a great experience….server was great as was the food. Just one constructive critique. They should offer a reduction and not vinegar for dipping the bread. Sure it’s more expensive but there’s no comparison for the real thing.

Wet aged NY Strip comes prepared well done or blue rare. Nothing in-between. Update. The server was great. Initially ordered the NY Strip medium rare. It came out well done. When the server was made aware, she replaced it with a blue rare NY Strip. I chose not to notify her again, paid the bill and left.

There's been many times that I passed by Vigilucci's and wondered what it would be like to have lunch here, since, it's right across from the beach with... 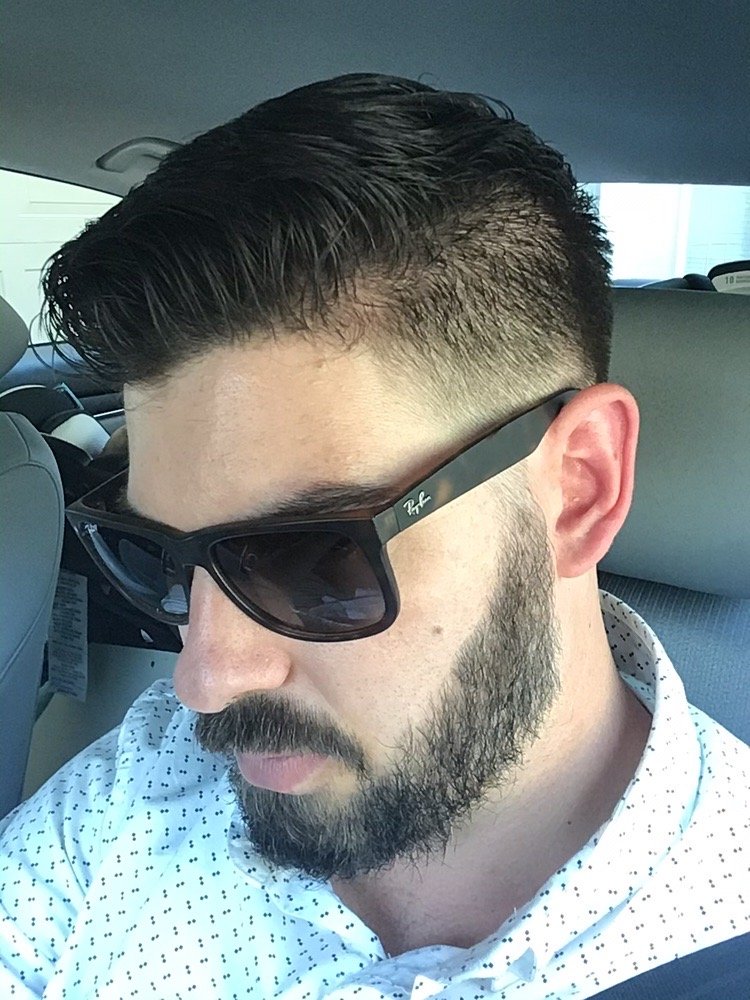 Went for my wife's bday- a good experience overall. The real star was the waiter, Andreas. He was very attentive, fast, welcoming, and did a great job... 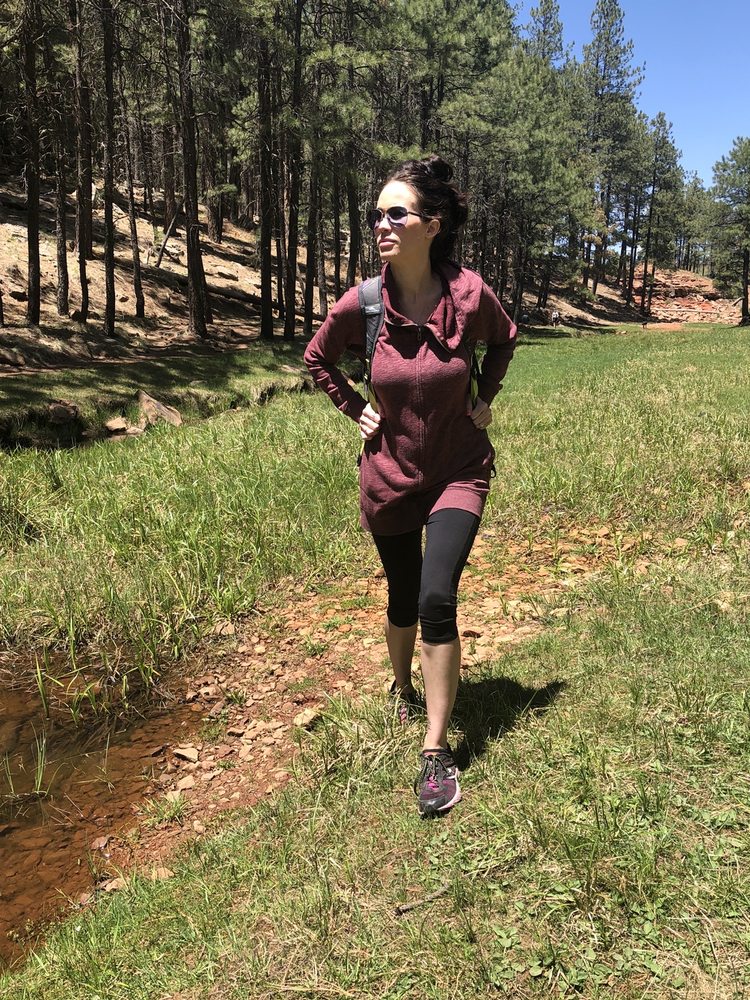 Make a reservation, then enjoy everything this restaurant has to offer, from the fantastic view of the ocean to superb service to delicious food. We had to... 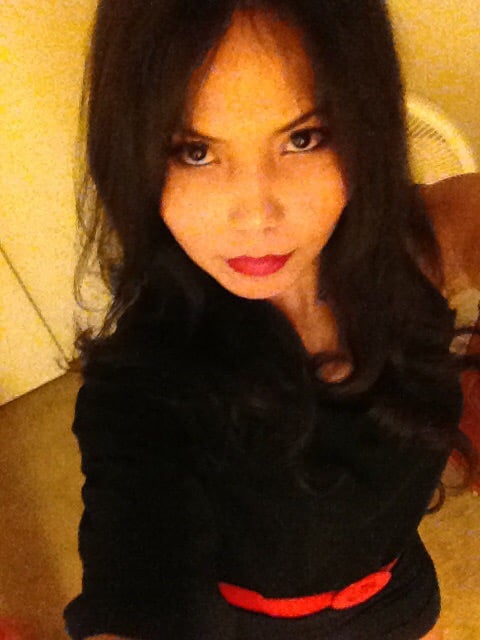 Ambiance is good Service is very good Food is mediocre Calamari was ok Crab cakes is lots of filling and I think very little actual crab cakes. I don't... 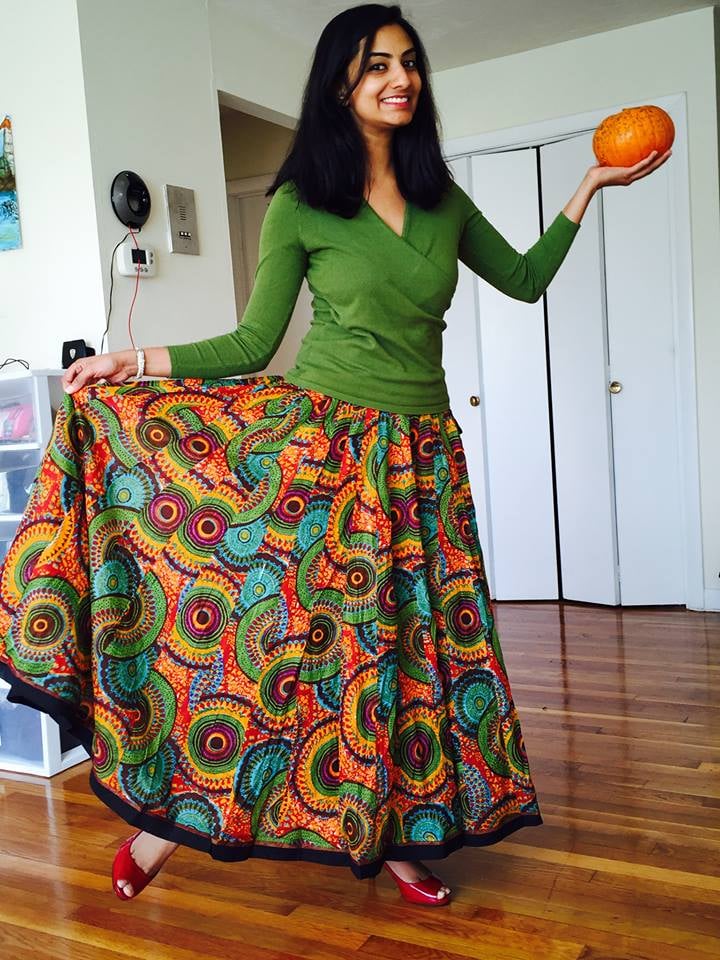 We went out for a nice dinner. They provided a high chair for my baby and fulfilled our request to be seated in the patio. Our waiter was very cordial and... 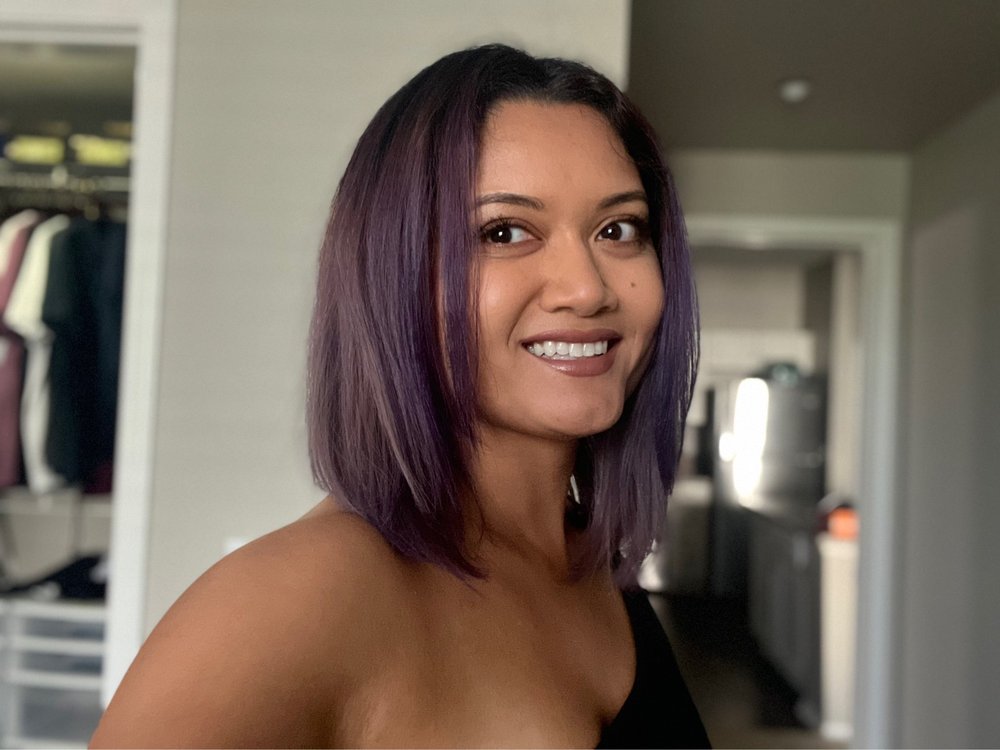 4.5 stars! Its a great place to come especially to show friends from out of town because you get a great view. Service was very friendly and our waiter took...

Excellent restaurant! Stephanie, our server, was the best. Even with items not available, she made the evening the best. Kudos to the chef/kitchen! Great meal. Great venue. Great evening!!

We had a five star lunch here for my birthday! The food is delicious and so was the service! We had a nice view of the ocean to top it off. The food of course is a bit pricey, but there was so much of it, we took enough leftovers home for dinner! We LOVE this place!💖