When it comes to steakhouse seafood, it doesn’t get any fresher than the dishes served in San Diego. Nestled right up along the Pacific shores of Southern California, the city boasts a bounteous array of fish and seafood, unparalleled anywhere else in the country. Thus, it’s a prime city for pescatarians, with boatloads of options from appetizers to entrees.

West Steak and Seafood: While much of the fanfare for this Carlsbad restaurant is devoted to the farm-fresh produce and meats, the seafood is just as laudable. For proof, start with the steamed mussels flecked with sweet English peas and potatoes, or sizzling salmon belly served medium-rare with chopped cilantro, pink ginger, Tobiko caviar and soy-lemon vinaigrette. The show-stoppers don’t end there. Head deeper into the menu for entrees like Alaskan king crab legs with clarified butter, sauteed branzino with beurre blanc and broiled twin lobster tails.

Donovan’s Steak & Chop House: From the seafood chowder to the bacon-wrapped scallops, few places give seafood the comfort food treatment quite like Donovan’s. Head to the San Diego outpost of this classic gem to slurp up that loaded chowder, brimming with clams, shrimp and scallops, with a bit of white cheddar for an unconventional twist. Oysters Rockefeller, splashed with Pernod, do a fine job paying homage to a New Orleans novelty, while ahi tuna poke comes ruby-red and pristine in a martini glass with avocado, cucumber, wasabi aioli and sweet shoyu. For heartier appetites, you can’t go wrong with the broiled shrimp scampi, garlicky and buttery and perfect.

Cowboy Star Restaurant & Butcher Shop: For a taste of the contemporary, Cowboy Star is a real marvel. The “Sea-Star” Platter is a great way to kick off dinner with a bang; the massive spread features a daily selection of chilled shellfish and seafood, all of which strictly adheres to the Monterey Bay Aquarium’s Seafood Watch Sustainability Program. So you can feel good about your feast. For entrees, seafood also comprises a good portion of the options, including a seasonally accented scallops dish with celery root-apple puree, mushrooms, artichokes, black trumpet puree and mustard seed crust. There’s also a wonderful seared local halibut, presented with cannellini beans, bacon croquette and a classic bouillabaisse sauce.

Vigilucci’s Seafood & Steakhouse: As the name suggests, seafood is held in equal prominence as meat at this Carlsbad mainstay. The oysters come raw or baked, while sashimi-grade tuna gets marinated with chives, shallots, jalapeños and a Dijon-soy creme fraiche. One unique, and luxurious, starter is the capesante ai porcini, pan-seared diver scallops with fresh tomatoes, porcini mushrooms, white wine truffle sauce and a bed of crispy polenta. Further into the menu, lobster spaghetti, bucatini with clams and seafood ravioli provide ample options for nautical pastas, while plates like cioppino and salmon with macadamia nut-panko crust are highlights in their own right. 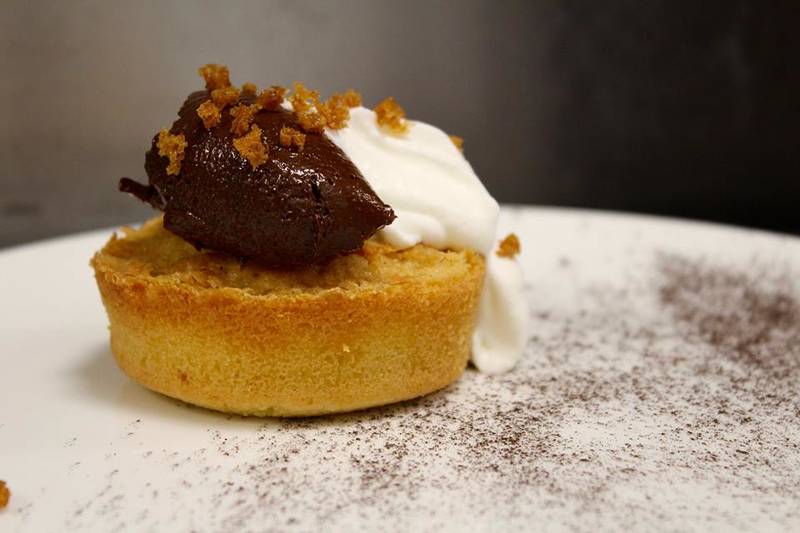 Save Room for Dessert at San Diego's Top Steakhouses 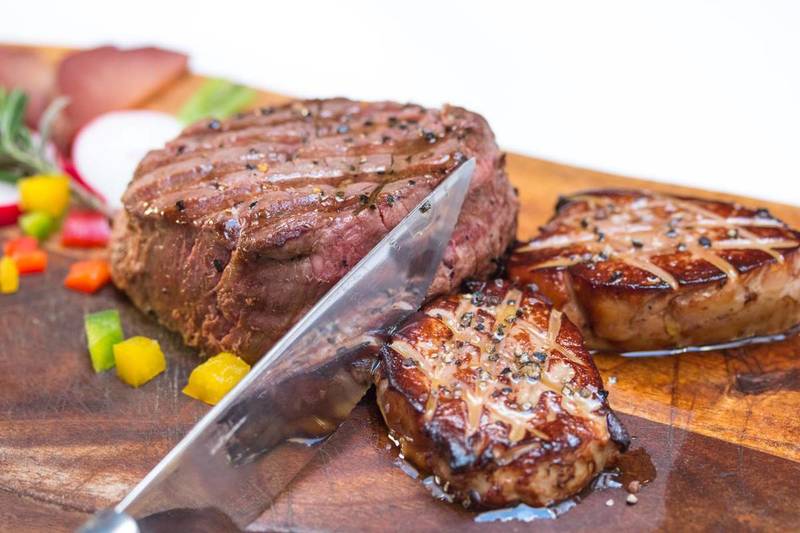