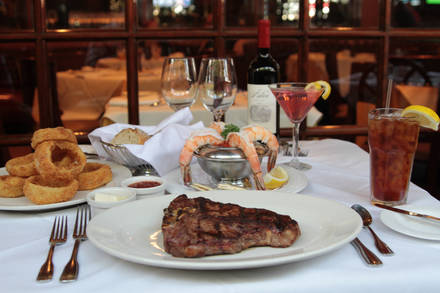 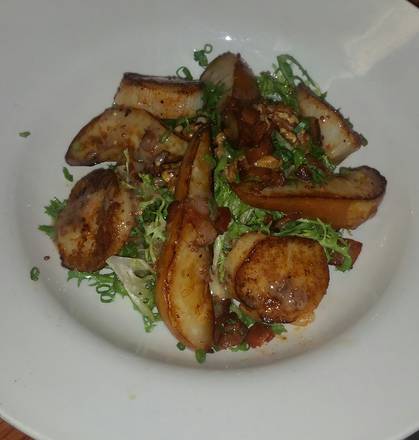 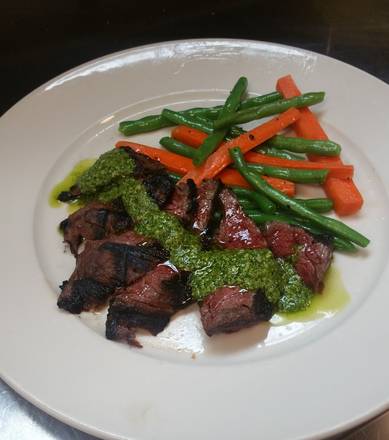 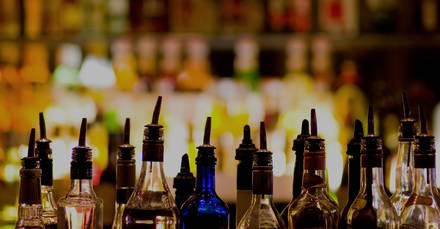 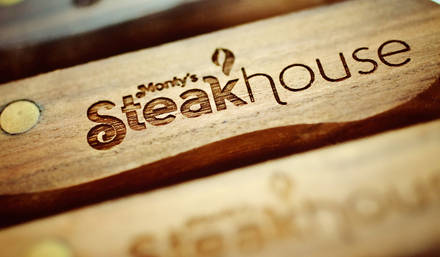 More than 70 years and three generations later and Monty's Steakhouse continues to be a Los Angeles fixture. And there's a reason why it's still here. It boasts fine prime beef, with supreme choices like an eight-ounce filet mignon, 24-ounce Porterhouse or Chateaubriand for two served tableside.

Those desiring seafood or non-meat dishes may order the likes of steam clams, peppered salmon, Alaskan king crab legs or a number of hearty salads. There is also a very nice wine list.

Guests may indulge in a feast in the main dining room that's filled with quiet booths or settle into the bar to nosh on smaller bites. Highlights include parmesan garlic toast, filet mignon sliders, fried dill pickles and more for diners as they watch the big game on seven plasma televisions. 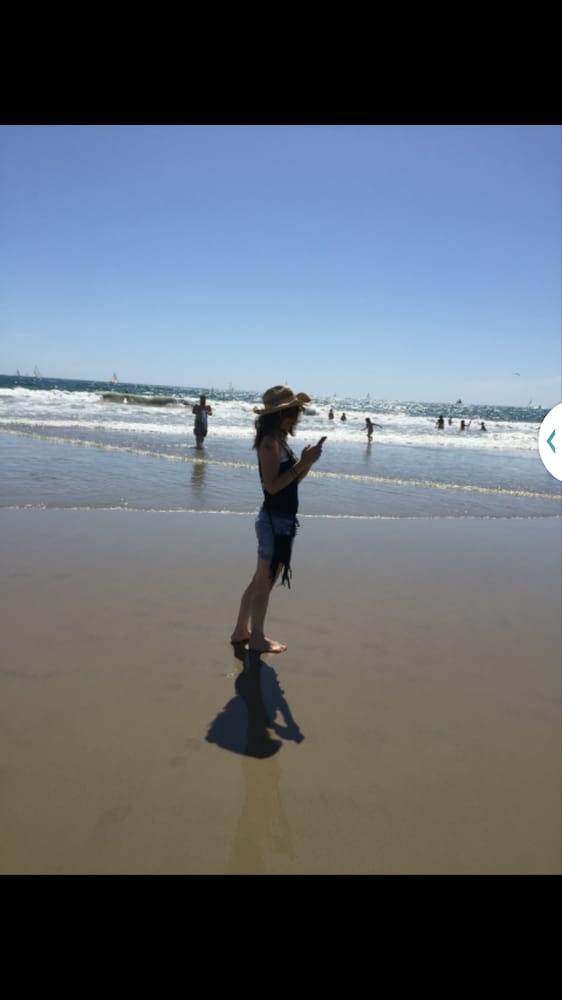 I have debated for quite a while about writing this review - 5 months to be exact - for the reason that Monty's used to be our go-to place in Woodland... 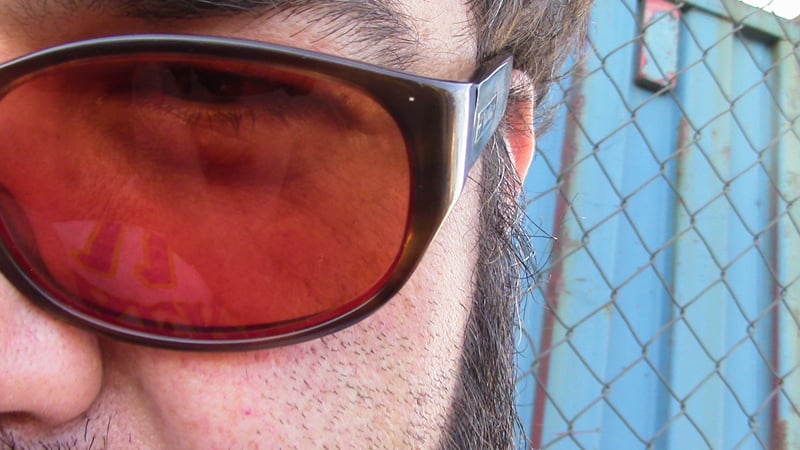 I feel as if there are a thousand other places in Los Angeles I can go to if I want decent food with horrible service and sports bar atmosphere for a...

Our server was excellent and food was pretty good, but it was hard to enjoy the meal because it was hot, the fans didn’t work, and we were being eaten alive by mosquitos. We sat outside to reduce risk of exposure to Covid, and I was surprised that they didn’t have better ways to handle the heat and bugs. A couple floor level fans probably would’ve helped a lot, but they didn’t have any way to help us except to bring rosemary to the table as a deterrent (didn’t work). I figured since they have been open during the pandemic and built out a beautiful outdoor space, they would also have some simple ways to reduce these types of issues. We ate quick and rushed out as quickly as we could, which isn’t exactly the type of evening I was hoping for.

Love this old fashioned steak house. Great service and the good is good. They even box your leftovers at the table instead of throwing you the box And the band potatoes are huge and they prepare it at your table!

I have lived in Woodland Hills for 7 years and never went to Monty’s. I regret this because the experience was literally…. Fantastic!!!! Wife Bday, we took the 2 kids and let me tell you I now know that this will be a place that our family will be going to from now on. Bone in Rib-eye, Bacon wrapped shrimp ( Monty’s Special ) Lamb shanks, and Sole….. Best Place in the Valley to eat….👍

The crab legs are to die for. The shrimp Monty is a must try. The Steaks are prime cuts. The family has always prepared the highest quality foods. I miss the old Encino location. Spendy but worth it! One of my all time favorite dining establishments.

Venerable old school steak and chop house. Bar with complimentary appetizers. Live rock n roll. Everything is top of the line. You pay for it of course. But it doesn't get better. Someday I'll try the shrimp. But I always get the Prime Rib or New York. Five star everything. I look forward to the day we can move back inside and leave the big tent. It was nice and all, about as nice as you can make a tent. But it's still a tent.

Best steak and sides in town. This is a classic steakhouse. Sadly open for dinner only. Great covered outdoor setup, but you should experience the indoor dining.

Amazing food and catered my sons 16th birthday. They were so sweet in getting everything together for such a special night! All the meals were to perfection!! 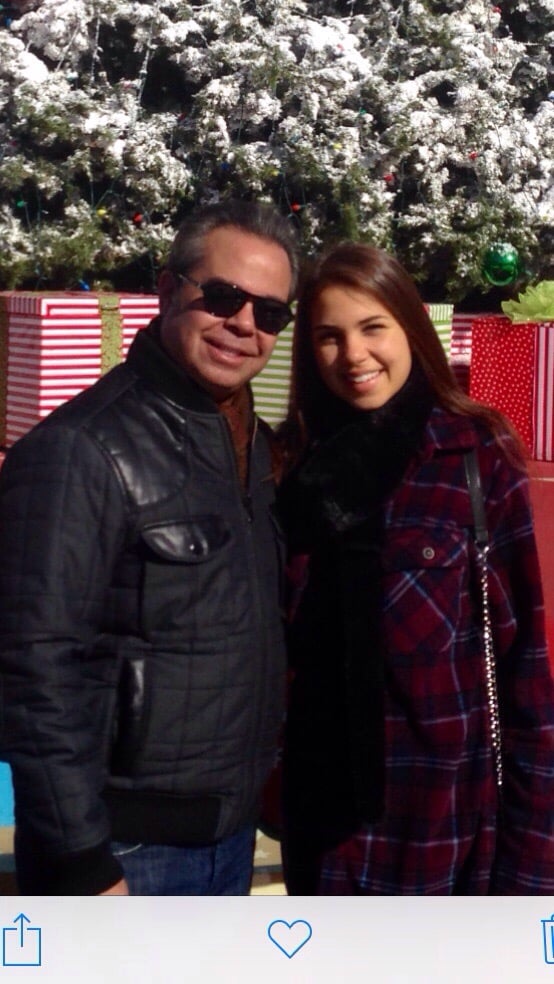 Da best! I've been going to Monty's for over 30 years they never disappoint! I always order Shrimp Monty for appys EVERY SINGLE TIME I have gone there, then... 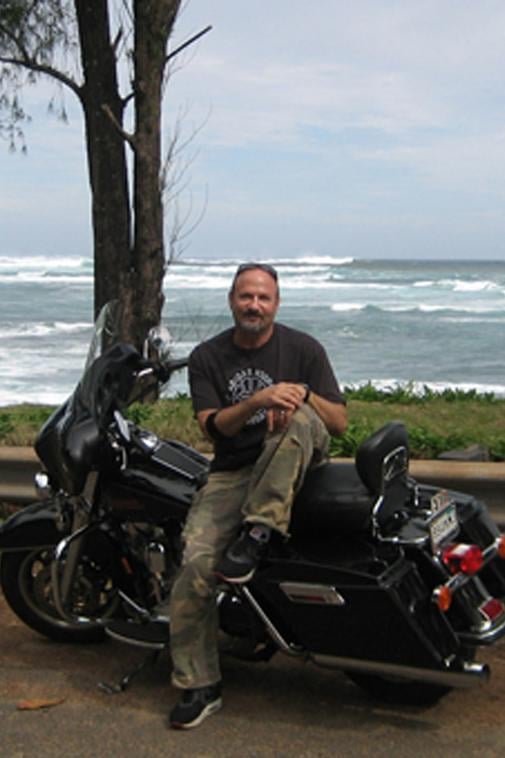 Well, they have 3.5 stars on Yelp and I see no reason to argue with that. I went by myself to have a quick bite and a martini. Things did not suck but, at...

Wonderful place for authentic Persian food with very proactive staff and service. Went with a family group and it was like a dinner among a home gathering. You won't be disappointed and end up being your go to place Persian Yum. 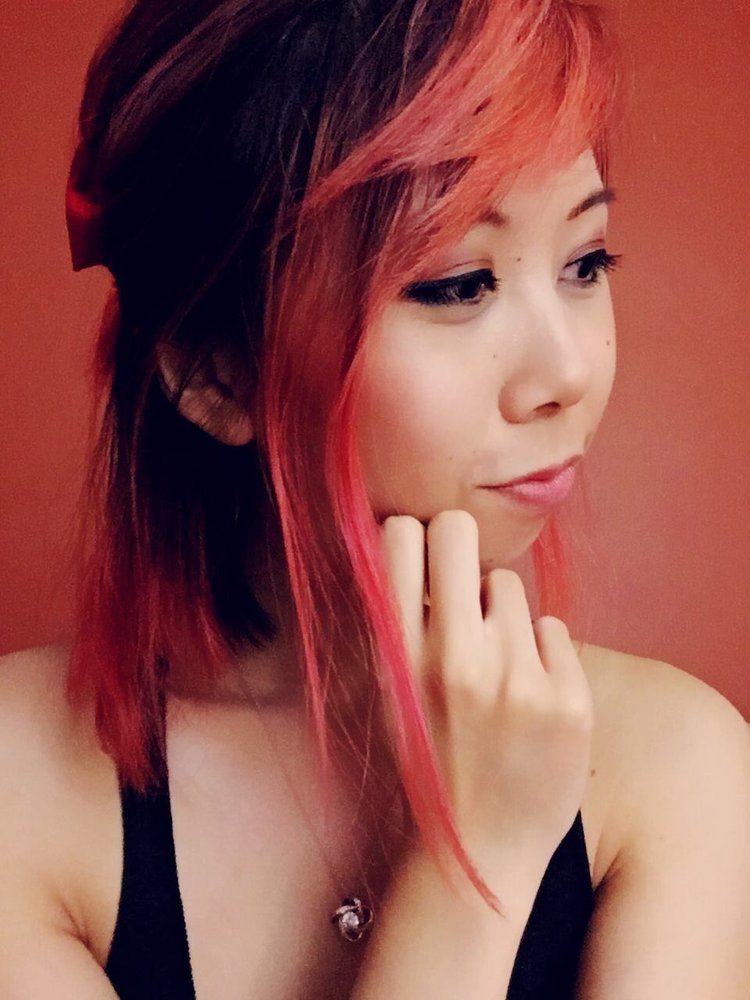 I was super excited to try this place when we went to celebrate my mom's birthday but unfortunately we had the absolute worst experience. We waited a good...

Excellent Food, Great service, and friendly help! Jennifer was our amazing server and was helped by other staff that did an great job as well. Thanks for making our first time memorable.

What a lovely Mother’s Day dinner! Superb service and delicious food in a relaxed neighborhood atmosphere. Thank you.